A Blue Jays fan’s dilemma: is it okay to watch sports right now?

With most of the major leagues returning this week despite an ongoing pandemic, sports fandom has become an ethical question 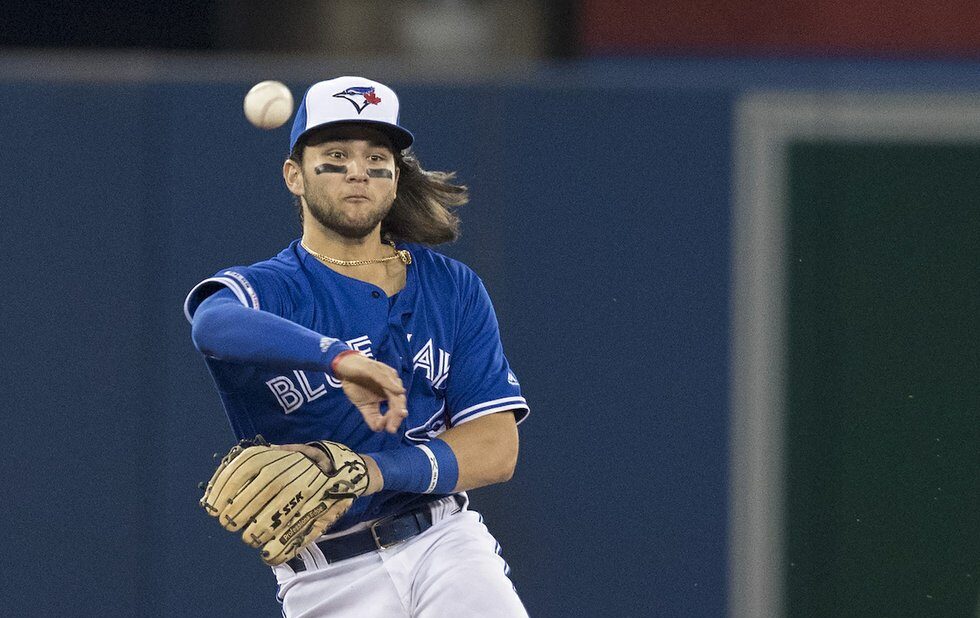 Courtesy of the Toronto Blue Jays.

Bo Bichette and the rest of the Blue Jays are back – but not in Toronto.

It was a nice few days of baseball.

After months of watching old Toronto Blue Jays games I already knew the outcomes to, it was weirdly comforting to have live baseball on my TV again. Even with the strangeness of empty ballparks, piped in crowd noise, cardboard-cutout fans and, eventually, Blue Jays “home” games in Buffalo, being able to just put on a baseball game and half pay attention brought back an odd sense of normalcy I’ve been missing during the pandemic. It felt like summer was finally here.

But it only lasted a few days. Now, I can’t help but feel conflicted.

Yesterday, 13 members of the Miami Marlins (11 players and two coaches) tested positive for COVID-19, and suddenly whatever calming summer rhythms baseball had conjured returned to cacophony. Now it’s hard to watch a game and turn off the part of my brain that remembers this isn’t normal. There’s a worldwide pandemic, and full Major League Baseball teams (with expanded rosters) are travelling in and out of COVID hotspots in states like Florida, Georgia and Texas.

Baseball has been back since last week and the NHL and NBA have been bubbling (in Toronto/Edmonton and Orlando, respectively) in anticipation of their season restarts. The first exhibition hockey games in months go down today (July 28). That’s not to mention the MLS Is Back soccer tournament. As Toronto fans, we went from a frustrating lack of sports to a barrage of sports.

But the question remains: should we watch it? Is this an ethical conflict?

“I think there’s a total conflict as a sports fan long before COVID-19,” says Sportsnet’s Arash Madani. He’s our guest on episode 39 of our podcast NOW What, streaming below:

Madani’s job is to cover sports, and he’s a major fan himself. He uses his love of football to outline the internal conflict that existed in sports fandom, even before the pandemic.

“In our family growing up, Sunday sermons were football,” he says. “We weren’t going to any place of worship other than the television. And with everything I’ve read and heard working in the game [about] just how disgusting the business of pro football is – how they treat players like cattle, how [the players] are getting their brains mashed in – football disgusts me now – five and a half days a week. But man, that other day and a half? It’s beautiful, isn’t it?”

There’s a lot of money at stake, and it’s hard to trick yourself into believing that’s not the reason pro sports leagues are trudging ahead with their returns even as cases hit new highs in the United States. But their reason for doing it (other than the revenue stream, which is often unspoken) is to provide a needed distraction during the pandemic. If I’m watching sports, I’m doing what I’m supposed to be: I’m staying home. Is that a bad thing? Should I be boycotting instead?

That’s probably something every fan will have to decide for themselves. It’s hard to argue that baseball is handling their return in a responsible way after their first coronavirus breakout. Though they’re in Florida, the NBA has a better plan in keeping all the players bubbled together at Disney World. And hockey might have the best shot at avoiding a disaster since their two host cities, Toronto and Edmonton, are in Canada, where the virus is more contained than the U.S. But there’s still a virus. And the NFL, still, somehow thinks they’ll be able to play in front of fans in September.

“Just wait for football,” says Madani. “The National Football League is going to be a disaster.”

Even as a distraction, sports has its issues. In the NBA, where the players are majority Black, they didn’t want to be a distraction – specifically from the protests for racial justice that have swept the continent since the death of George Floyd. The (still) defending champion Toronto Raptors arrived in Orlando on a bus painted with the words Black Lives Matter. Jerseys say things like “Say Their Names” or “I Can’t Breathe” instead of their surnames and players are using post-game Zoom interviews to demand justice for Breonna Taylor.

But it’s still hard to forget they’re risking their lives or their livelihoods (depending on what the virus does to an athlete’s body, which we still don’t entirely know) to entertain us.

Sports has a way of reflecting the biggest issues of the time, and it just so happens one of the biggest is a deadly virus sweeping the globe. For Madani, the reasons the MLB and NFL seasons are doomed speaks to a bigger problem in how the virus has been handled. It affects all professions, from teachers to waiters, and sports just happens to be one of the most visible.

Fans like to pretend sports are a meritocracy. In reality, structural issues tilt the playing field as much as they do outside the arena. And this year there’s an extra disturbing element that you can’t pretend doesn’t exist.

So, what he’s saying is… the Leafs have a chance at the Cup?