The future of Toronto theatre: Smiley masks, livestreams and plays on wheels 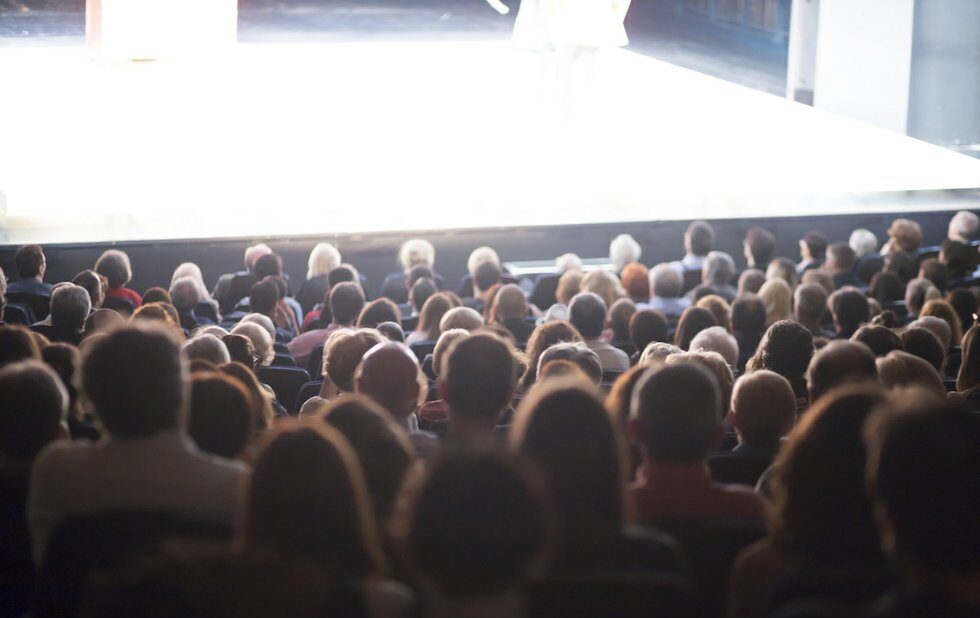 Most experts agree that in the multi-stage reopening of society as we know it, live theatre-going (plays, musicals, comedy, dance shows and operas) will come near the end.

After all, in most cases we’re talking about large groups of people sitting closely together watching performers talk, sing, dance or tell jokes very loudly and closely together. And let’s not forget the rehearsals, the box office areas, the programs, the ushers, the concession stands, the theatre washrooms.

It’s hard to apply social distancing to any of that.

“The nature of live shows is to pack as many people into a place as possible,” says Gary Rideout Jr., the co-founder and artistic director of Comedy Bar and the executive producer of Second City Toronto. “That obviously doesn’t seem ideal in these times.”

Rideout and his teams think shows will probably be shorter, since recent research says transmission can be related to the amount of time in a space, with contactless box office exchanges, drastically staggered show times (to allow for increased cleaning and disinfection) and separated, one-directional entrance and exit lines. Forget about mingling at the bar. You might, though, be able to order drinks and food from your seat with an app.

A couple of weeks ago, Mirvish Productions, the country’s biggest commercial theatre producer, announced it was delaying its subscription series until January 2021. Minneapolis’s Guthrie Theatre was one of the first theatres in North America to say they’d stay closed until March 2021, presenting a mini season of three plays from March until August.

Rideout, whose Comedy Bar is much smaller, is hoping for some kind of live performance there as early as July.

“We’re not going to rush it,” he says. “There has to be demand. The public has to feel safe, like they want to go to things. For every person that wants to get out and do something there are probably 10 who want to stay in until 2021. And the comics need to feel safe. All we can do is be ready by taking the maximum precautions.”

One idea to increase visibility would be to combine reduced-capacity audiences with in-house live-streaming, so online viewers can legitimately feel like they’re a part of something live. (The lack of real-time audience laughter or applause is one of the things that makes most live-streaming events seem so otherworldly.)

Rideout’s even toyed with the idea of audience members wearing face masks with big smiles printed on them to look like they’re enjoying themselves.

Canadian Stage has of course cancelled its annual Shakespeare in High Park series. Many people are saying open-air shows might be a good way to try out physical distancing, but Canadian Stage’s artistic director Brendan Healy has concerns about that.

“Theoretically, outdoor events would allow for a certain amount of social distancing, but what is our responsibility in terms of bringing people together?” he says. “It’s not just the event, it’s the travel to the event – using subways or streetcars.”

One model the company has been examining, however, comes from the St. Lawrence community group Jamii, who have built a stage on a bicycle and can travel to various neighbourhoods.

“People can watch from their doors, windows, the street if properly distanced,” says Healy, who’s in regular contact with the city’s other companies. “We wouldn’t be asking people to travel to a theatre, we’d be bringing it to them.”

Healy is also inspired by the Federal Theatre Project, created by the U.S. government during the Depression.

“There were these massive projects about creating work that was accessible and responded to the present moment and were deeply rooted in community,” he says. “I think we’re at the beginning of what this experience is. Social distancing is one factor, but there will be many other impacts, including economic and social, that come out of this. All art and culture is going to shift and respond to it.”

And one thing to keep in mind, says Rideout, is the importance of art to society.