The 10 best Toronto stage shows to see in February 2020

Shakespeare's works are known for being pretty male-heavy, but Shakespeare BASH'd has been slyly subverting that fact by casting many. 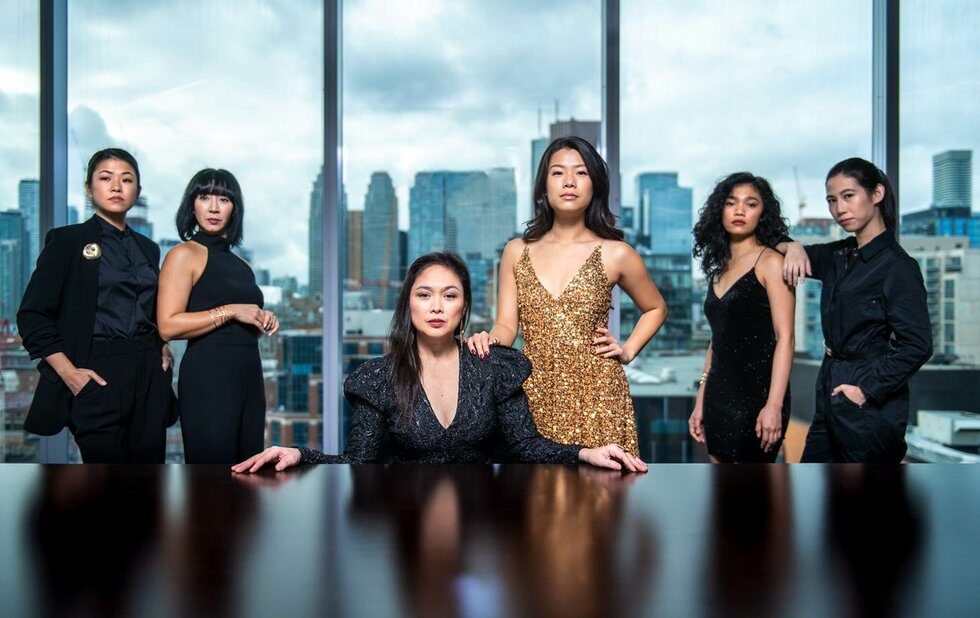 Shakespeare‘s works are known for being pretty male-heavy, but Shakespeare BASH’d has been slyly subverting that fact by casting many women in traditionally male roles. They’re doing it again with their production of Cymbeline, their first foray into the Bard’s later plays. Besides featuring Catherine Rainville (A Midsummer Night’s Dream, Othello) as Innogen the title character’s daughter, who has been wrongly accused of infidelity the production also includes Dejah Dixon-Green, Melanie Leon, Kiana Woo and Bailey Green, as well as BASH’d co-artistic director James Wallis, Mairi Babb, David Mackett and Emilio Vieira. Performing in an intimate bar setting in the Junction, the production, helmed by co-artistic director Julia Nish-Lapidus, should be, to reference another late play, an enchanting winter’s tale.

February 4 to 9 at the Junction City Music Hall

It’s hard to believe that some idiots once questioned whether women were funny. These days, perhaps fuelled by anger and solidarity around the #MeToo movement, women are dominating the field. Witness the runaway success of this show, gathered from the funniest sketches created, designed and performed by women from Second City‘s various companies, including Toronto. Back in the fall of 2018, the local edition was such a success that it kept getting remounted then it inspired a sequel (a she-quel?). Now it’s been picked up by the Mirvishes to reach an even bigger audience. Tricia Black, Paloma Nunez, Ann Pornel, Kirsten Rasmussen, Karen Parker and Ashley Comeau are, hands down, some of the funniest people in the country. And director Carly Heffernan is so talented she ought to be running Second City.

February 4 to 9 at the CAA Theatre

This new science-inspired work from William Yong and Zata Omm (Steer, vox:lumen) ponders a hypothetical (yet not so distant, really) future in which living organisms are routinely modified by technology. Is this a fall towards or from grace? Eden Planted visually frames Yongs choreography for Connor Mitton, Sahara Morimoto, Anisa Tejpar, Kaitlin Torrance, Andrew McCormack and Naishi Wang with projection mapping and robotic flying objects. Yong is one of a very few Toronto dance artists bravely tackling the ethics of futurology, so this show should be stimulating and very beautiful on a bunch of levels.

February 5 to 8 at Harbourfront Centre Theatre

Back in the fall of 2018, Hannah Moscovitch, Maev Beaty and Ann-Marie Kerr‘s play about being an artist and becoming a mother was easily the most talked-about show of the season. Part memoir, part expose, it was funny, raw and frequently harrowing, especially in Beaty’s incandescent performance and with the ingenious designs by Camellia Koo (sets) and Leigh Ann Vardy (lighting). Now the SLOM Collective/Theatre Centre co-production is back as part of Crow’s Theatre‘s season, and it’s not to be missed.

February 6 to 23 at Streetcar Crowsnest

Da Kink In My Hair’s creator, the Rexdale-raised Trey Anthony, returns to town from the U.S. for a hilarious night of laughs by women of colour. The headliner is none other than stand-up/SNL writer Sam Jay, who made waves here a couple of years ago with her fierce and frank act at Comedy Bar. Also on the lineup are Rhoma Spencer a force of nature in the recent show The Solitudes, Taryn Della, Alison Mullings, Sarah St-Fleur and Enoje. But look to Anthony, who hosts and produces, to bring the house down.

February 8 at the Fleck Dance Theatre

Vivek Shraya can do anything. She’s a Polaris Music Prize-nominated musician, a visual artist, filmmaker and author of bestsellers like I’m Afraid Of Men. Now, in this world premiere commissioned by Canadian Stage, the multi-disciplinary phenomenon mixes theatre and music to chronicle her bid for super-stardom. The show, which just played Calgary’s High Performance Rodeo, looks at issues anyone can relate to: finding one’s voice, dreaming big and dealing with disappointments.

February 18 to March 1 at the Berkeley Street Theatre

The legend of Jacqueline du Pre, whose career as a world-renowned cellist was cut short when she was diagnosed with multiple sclerosis, is known to viewers of the Oscar-nominated biopic Hillary And Jackie. Now du Pre’s life and art have inspired a modern opera, with a libretto by Royce Vavrek and music by Luna Pearl Woolf. Structured after the four movements of Edward Elgar’s Cello concerto, which du Pre famously recorded, the piece stars soprano Marnie Breckenridge as Jacqueline and cellist Matt Haimowitz who studied with du Pre as her cello. Tapestry Opera‘s artistic director, Michael Hidetoshi Mori, is at the helm of this intriguing operatic duet.

February 19 to 23 at the Betty Oliphant Theatre

Quick when was the last time you saw a play featuring an all-female Asian-Canadian cast? Written and directed by Asian-Canadian women? Yeah, thought so. All of which makes the world premiere of Marjorie Chan‘s new work a major event. Chan, the new artistic director of Theatre Passe Muraille, was inspired by Cao Yu’s 1936 play Sunrise, which was about the collapse of societal and moral standards in Shanghai after the Depression. Chan sets her play in modern-day, hyper-consumerist Vancouver, with characters that include a bank exec, a madam and a blackjack dealer. Factory‘s artistic director Nina Lee Aquino directs a terrific cast (Belinda Corpuz, Ma-Anne Dionisio, Zoe Doyle, Rosie Simon, Lindsay Wu and Louisa Zhu) that will definitely pay dramatic dividends.

February 15 to March 8 at the Factory Mainspace

When Christopher Morris‘s stunning show about a Z.A.K.A. volunteer (Gordon Rand) facing a moment of crisis debuted, in a very short run, in late 2018, it got rave reviews. Later that spring it swept the Doras, winning awards for outstanding production, direction (Daniel Brooks) and new play. Now the Human Cargo production is back as part of Tarragon’s season, with the same team including Bonnie Beecher‘s precise lighting and Gillian Gallow‘s simple yet ingenious treadmill set intact. As we wrote in our original review, run, don’t walk, to get tickets to this riveting show.

February 25 to March 29 at the Tarragon Mainspace

How do you make vivid theatre out of brain surgery? Somehow writer/director Taliesin McEnaney achieved that back at its workshop production at the Fringe Festival in 2017 chosen one of NOW’s best productions and ensembles of the fest. Now the show, a Lucid Ludic Production in association with Why Not Theatre, is back in this world premiere. Inspired by the work of Canadian neurosurgeon Dr. Wilder Penfield, the work delivers lots of food for thought and unforgettable imagery. All performances are relaxed, and tickets are pay-what-you-can afford. Plus, the production is partnering with the Brain Injury Society of Toronto and Community Head Injury Resource Services to raise awareness about living with brain injuries.

February 27 to March 8 at Dancemakers Studio