What: Writer/actor in The Last Ship, a musical set in 1980s England, February 9 to March 24 at Princess of. 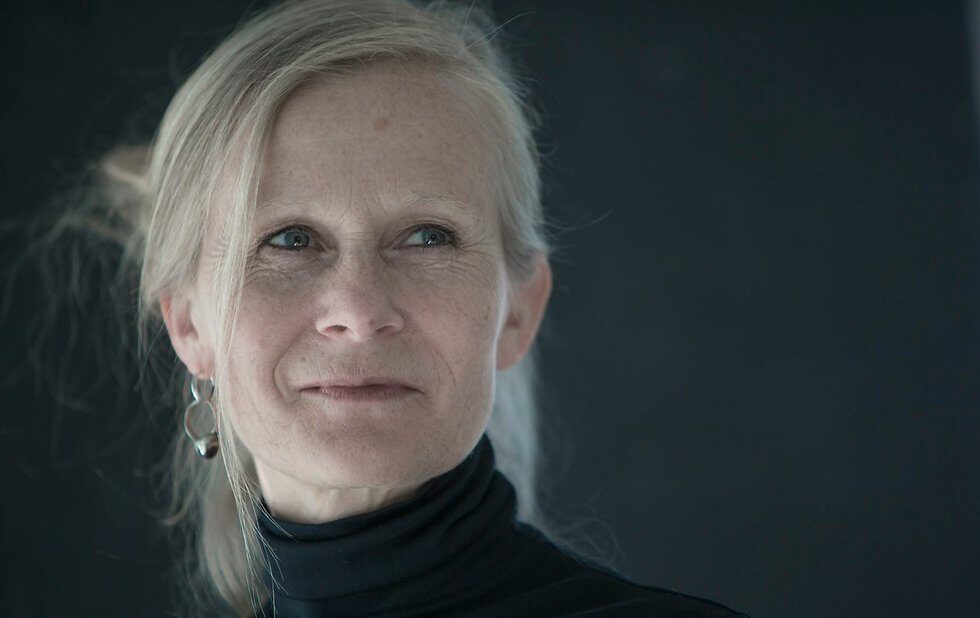 What: Writer/actor in The Last Ship, a musical set in 1980s England, February 9 to March 24 at Princess of Wales (mirvish.com).

Why: The solo rocker, composer and former lead singer of the Police is also an accomplished actor, and hes ready to show off all of the above plus his progressive politics in this deeply personal project about shipyard workers trying to survive the Margaret Thatcher era. The show didnt fare well on Broadway, but its since been reworked and is coming here fresh from the UK, including a sold-out run in Stings birthplace of Newcastle, where it probably should have debuted in the first place.

What: Ensemble member in Project: Humanitys Towards Youth: A Play On Radical Hope, February 25 to March 16 at Streetcar Crowsnest (crowstheatre.com).

Why: Umeh helped ground some of 2018s best ensembles. Among the fast-talking soccer warriors of The Wolves, her laconic goalie, who internalized the stress of their win streak into agony in the pit of her stomach, was a stand-out. And in a cast of big comedic turns in Shakespeares Dream in High Park, her Hermia helped sell the heartbreak caused by Pucks spells. She plays a wide variety of roles in Andrew Kushnirs new verbatim play, which uses excerpts of interviews with drama students from various countries to look at where the world is going.

What: The dance/theatre artists return to Canadian Stage with the Toronto premiere of Revisor, March 7 to 16 at Bluma Appel (canadianstage.com).

Why: This is the third production Pite and Young have made together and follows the long international run of their Olivier Award-winning exploration of trauma, Betroffenheit. Inspirations include Nikolai Gogols farcical The Government Inspector, in which a revisor doctors legal documents, but that doesnt mean the work will be comedic, or even lighthearted. Young has worked mainly on the text, which Pite uses with her dancers to generate choreography. The co-creators are charting new ground with their symbiotic intermingling of text and movement.

What: Actor in 1979, Michael Healeys comedy about Joe Clark, who was Canadas 16th prime minister for a brief eight months in 1979. January 9 to 27 at the Berkeley Street Theatre (canadianstage.com).

Why: In his carefully chosen stage roles (among them John, Jerusalem and Mr. Marmalade), Riccio always brings an intelligence and a watchful intensity to his work. Count on the same with his Betty Mitchell Award-nominated performance in Healeys second political play (after 2012s Proud, about Stephen Harper), set at a time when politicians were interested in appealing to every voter and not just their base. And yes, Riccio will be wearing Clarks signature brown corduroy jacket.

What: Writer/actor in CHICHO, his solo show about a queer mans coming of age in Venezuela and Canada (March 7 to 24 at Theatre Passe Muraille Backspace, passemuraille.ca) actor in Iphigenia And The Furies, Jeff Hos new adaptation of a Greek classic (January 6 to 20 at the Daniels Spectrum Aki Studio, 416-531-1402).

Why: The talented young Bitter has an unpredictable spark about him, which hes shown in plays like The Monument and Rope Running Out. That spark should produce a rich flame in CHICHOs personal story about sexual orientation, Catholicism and the diasporic experience. Before that, Bitter and co-stars Thomas Olajide, Virgilia Griffith and PJ Prudat are set to add heat to Hos genre-bending take on the ancient myth about vengeance.

What: Actor in Soulpeppers The Virgin Trial, January 19 to February 3 at Young Centre (soulpepper.ca).

Why: Watsons steely gaze was a flagship image in 2017 for the Stratford Festival, where she starred as a young Queen Elizabeth in Kate Hennigs The Virgin Trial. Now the plays part of Soulpeppers winter season. Watson will also find out on January 27 if shes a winner at the Screen Actors Guild Awards for her ensemble nomination for Bravos The Handmaids Tale. The two roles a devious by necessity royal, and an innocent enslaved by a brutal regime showcase her dramatic range, and her portrayal of Queen Bess hints at her comedic gifts, too. We could see more of those, soon Watson and Liza Pauls new cabaret project, mashup, previewed material at a TEDTalk in October.

What: Actor in Rose: A New Musical, billed by Soulpepper as their most ambitious production to date, January 17 to February 24 at Young Centre (soulpepper.ca).

Why: Gillis brings a great big voice and an equally large heart to all her work (Spoon River, Onegin). So she should be in her element as the title character a woman who doesnt fit into her society and seeks her own path in life in Mike Ross and Sarah Wilsons new musical. She and co-star Peter Fernandes who plays Roses best friend have been building their characters for several years in workshops, so they know them intimately.

What: The iconic Danish choreographer performs her solo, Post No Bills, February 8 and 9 at Harbourfront Centre Theatre (harbourfrontcentre.com).

Why: A minimalist sensibility and existential themes are hallmarks of Johnson who, pushing 60, is still a powerhouse performer. Great that Toronto finally gets to see this show, which has been touring the world for that past four years. The work explores ideas around crisis, both personal and societal. And, in a new initiative for the Torque series, Johnsons debut will include a master class for the community called The Sustainable Body on February 6.

What: Actor in Kiss Of The Spider Woman, the inaugural production of Eclipse Theatre Company, March 6 to 10, performed in the historic Don Jail (eclipsetheatre.ca).

Why: One of the most versatile artists in the country, the Afghan-Canadian actor hasnt, to our knowledge, been cast in a Toronto musical (even though one of his first professional gigs was Broadway musical Bombay Dreams). His sensitivity, both with text and movement (hes choreographed some of the shows hes been in), should be just right as Molina, the queer Argentine prisoner obsessed with the movies and the eponymous femme fatale (played by Tracy Michailidis). Set during Argentinas Dirty War, the immersive production the first theatre production ever performed in the Don Jail is guaranteed to sell out.

What: Writer/actor in Cahoots Theatres production of his autobiographical Good Morning, Viet Mom, February 16 to March 3 at the Daniels Spectrum Aki Studio (cahoots.ca).

Why: Nguyen had breakthroughs in two stage milieus this year. His BIPOC sketch troupe Tall Boyz II Men were comedic hits at the 2018 editions of TOsketchfest, Toronto Fringe Festival and JFL42. And his solo 2017 Fringe hit Soaring Through Liquid Skies got a Next Stage Theatre Festival remount, a new title and more rave reviews for its funny mix of story, footage and confessions about his difficulties understanding his Vietnamese mothers connections to her native land. The Second City alumnus has charisma and energy to spare, and Good Morning, Viet Moms story of a second-generation Canadian growing to understand the sacrifices of his parents moved its sold out audience. After this run it tours to Mississauga and Victoria, BC.

What: Choreographer Lambin-Gagnons interactive performance installation Slow Dance, with members of Toronto Dance Theatre, plays in conjunction with Jeanine Durnings This Shape, We Are In (see them together or singly), January 23 to February 3 at the Winchester (tdt.org).

Why: As much a visual as a movement artist, Lambin-Gagnon comes at dance from an interesting angle. On the heels of her dreamy dancescape installation White Elephant, Lambin-Gagnons new work is a walk-through conversation between the audience, TDT dancers Yuichiro Inoue, Peter Kelly, Devon Snell and Margarita Soria, objects and the environment that contains everything. The goal is to celebrate the intimacy and strength present in all things.