NOW MagazineCultureTheatre15 artists to watch at the 2018 Toronto Fringe

Don't know what to see at the 158-show stage blowout starting Wednesday (July 4)? Here are some folks – all with proven track records – you won't want to miss. 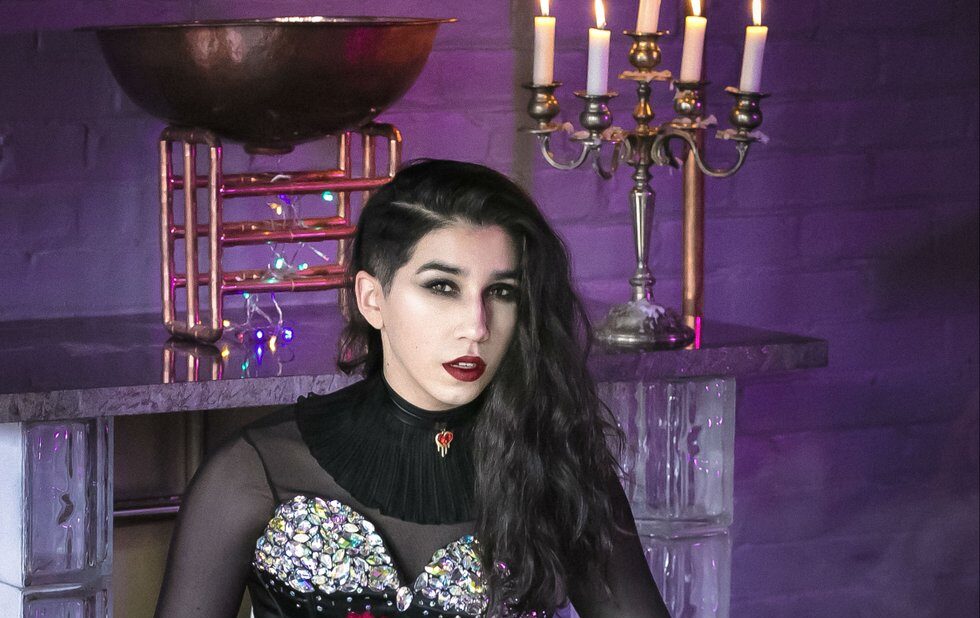 Normally, we spotlight 10 people in our annual preview of big buzz artists at the Fringe. But this year’s edition, the festival’s 30th, is so jam-packed with talent we had to reflect that in our list. So here are 15 (we could have easily come up with twice that number) people you’ll be talking about for the next two weeks – and beyond.

This multi-talented performer and poet, whose most notable stage role to date was as a limber devil in the rollicking Chasse-Galerie, has really branched out since that Storefront Theatre production. Their list of past Fringe shows include 2014’s new-queer-in-the-city story Concrete Kid, 2016’s leotard-clad comedy Dance Animal and 2017’s femme historical killer cabaret Nasty. They garnered national coverage recently for their Gay Jesus drag king persona. And they’ve just been cast in this fall’s hot Howland Company production The Wolves.

At this year’s Fringe, they’re performing in a burlesque adaptation of CARMILLA, the original (and queer from the start) vampire novella that predates Bram Stoker’s Dracula. We watched them perform poetry at the Bi-Cabaret over Pride Weekend and were struck by how self-assured and serene they’ve become since that Fringe debut in 2013. We have no doubt they’ll kill as a bloodthirsty lady-killer. 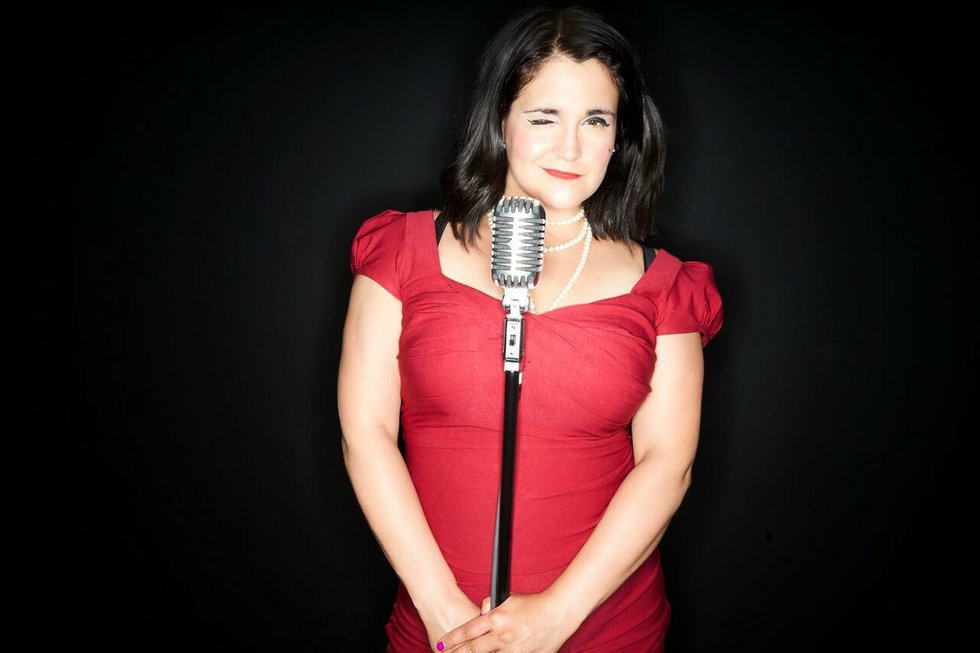 The sassy, never-at-a-loss-for-words Botting is one of the MVPs of the Toronto comedy scene. She’s appeared in some of the best Second City mainstage shows and regularly kills it as guest host on Gavin Crawford’s satiric, improvised Because News show for CBC. A few years ago at the Fringe, she mixed things up with her revelatory dramatic turn in Jessica Moss’s Cam Baby.

This time out, in Ashley With A “Y,” she debuts a cabaret (notice the riff on Liza in the title?) where she’ll make up a new show at every performance. Botting’s showed off her sweet singing voice in Second City sketches, but she hasn’t done anything like this sustained high-wire act before. With music director Scott White accompanying her every move and the multitalented Jan Caruana as assistant director, she’ll likely end up with an “A.” 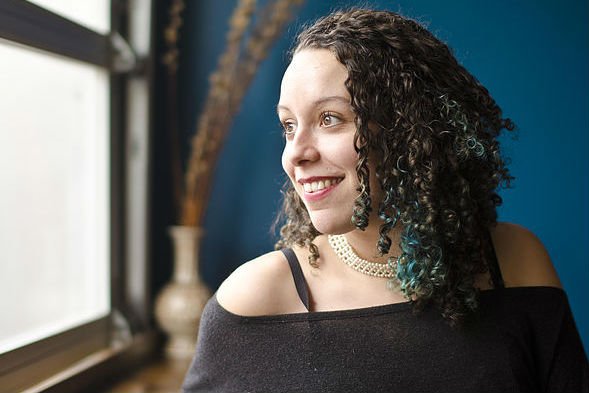 MacKay, a stand-up who recently headlined the Church St. Comedy LQBTQ showcase, is a regular contributor to CBC Comedy, co-hosts the Big Gross Movies podcast and is a past winner of both the Tims Sims Award and the Joanna Downey Award. She’s making her Fringe debut with this solo autobiographical  show, Meg MacKay: Freelance Witch, directed by Chantel Marostica (also making their Fringe debut).

We caught a brief preview at a cabaret last week and can’t wait to see the whole thing MacKay briefly touched on some dark subject matter – suicidal ideation and domestic abuse – with sensitivity and wit, and took us on a strange journey across a Middle Eastern nature reserve. 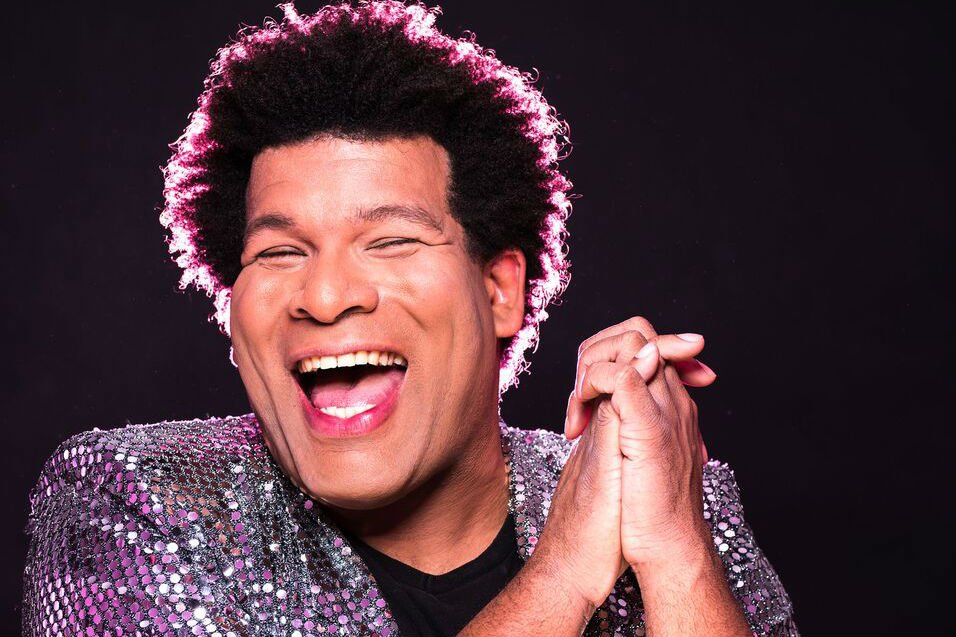 Filled with show tunes and standards (here’s hoping we get a rendition of that hard-to-pull-off song New York, New York), Hinds – whose charisma and energy are electric – will pepper the show with celebrity gossip and personal anecdotes. So start spreadin’ the news… this show is gonna be good. 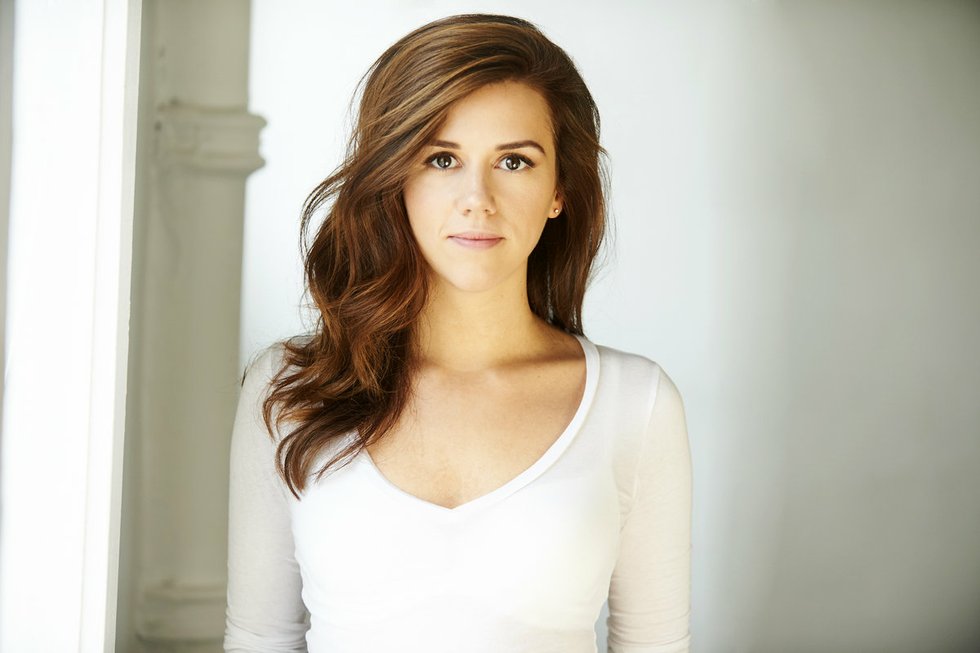 Don’t let Goodwin’s calm, genial surface fool you. Her characters – in shows like Punk Rock, for which she shared a recent and much-deserved ensemble Dora Award nomination, and the massive Fringe hit Lemons Lemons Lemons Lemons Lemons – don’t often give much away. But beneath their watchful, quiet exterior are roiling and contradictory emotions.

Her latest Fringe show, Entrances And Exits, pairs Howland Company – of which she is a founding member, along with Courtney Ch’ng Lancaster, also on this list – with Bad Dog Theatre. Co-created by Goodwin and ace improviser Liz Johnston (they’re life-long besties, it turns out), it’s an improvised play based on classic door-slamming farces like Noises Off.

The ensemble features some of the city’s best talent, including Sex T Rex’s Conor Bradbury, Second City alum Nigel Downer and comedy legend Colin Mochrie. But look for Goodwin, a recurring cast member in the upcoming third season of TV’s Private Eyes, to get some big laughs. 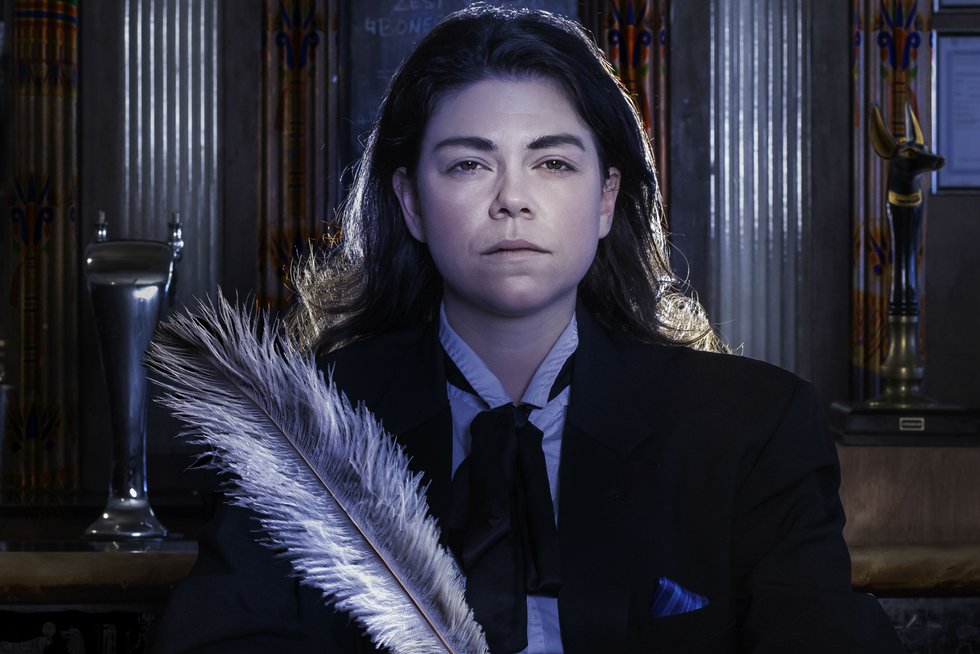 This busy actor (VideoCabaret’s Dora-nominated Confederation Parts 1 & 2) and comic (PotterProv @ Comedy Bar, 1623: The Show at the Social Capital Theatre) is in two shows at this year’s Fringe. She plays an uptight afterlife administrator in Featherweight from Theatre Brouhaha, whose Late Night and Retreat she previously appeared in and she’ll play spy vs. spy in the improvised comedy Fallsview To A Kill, directed by Jim Annan, featuring other double-over-with-laughter types like Jon Blair and Alexandra Best.

Letwin is one of few performers in Toronto who works equally onstage (and excels) in both the comedy and theatre scenes we’re always intrigued when we see her name attached to a project. 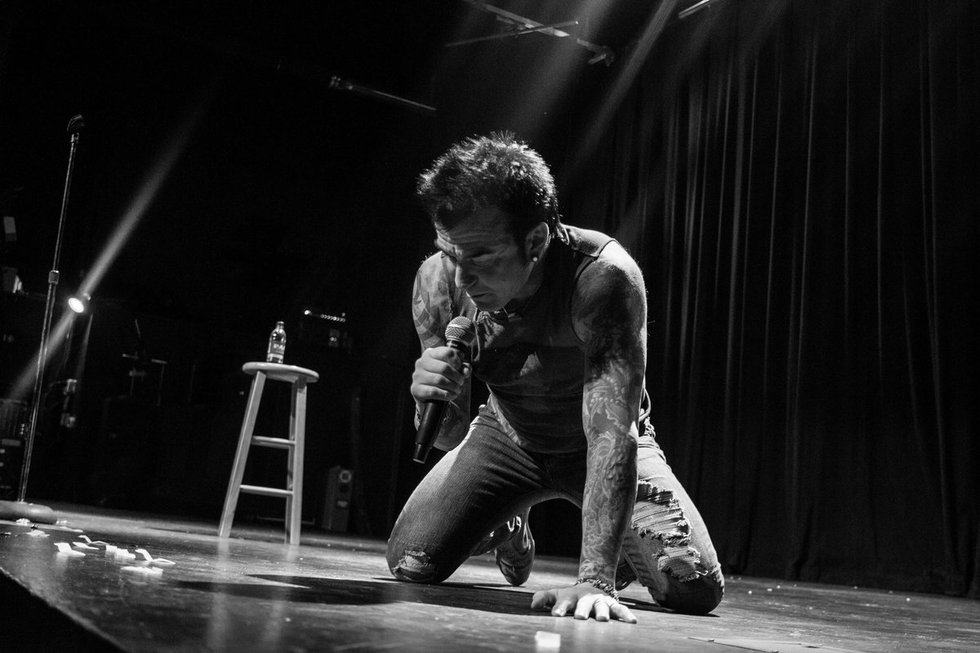 We vaguely recall seeing Black play rock ’n’ roll at a 1 am gig at the Bovine Sex Club more than a decade ago – and he’s returning there for his Fringe debut.

For his solo show, Enjoy The Hostilities, he’ll be drawing from amassed debauched experiences from his hard-partying lifestyle on (and off) stage as a musician, in the ring (and out of it) as an MMA fighter and correspondent, and on (and off) camera as a host for Muchmusic, FOX, TSN and more.

The kernel of the show was a proposed article by VICE writer (and theatre artist) Graham Isador, who has most recently dramaturged solo storytelling vehicles for Jiv Parasram (the Dora-nominated Take D’ Milk, Nah?) and sound technician Chris Ross-Ewart (last summer’s Explosions For The 21st Century).

Both artists realized that Black’s lived experience and flair for storytelling deserved a more in-depth vehicle. 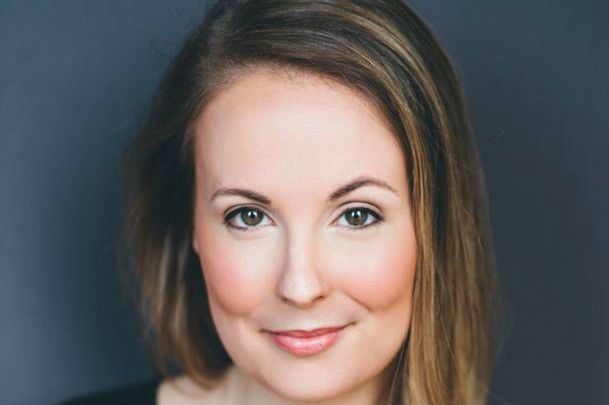 She’ll be reprising that role when Prairie Nurse appears later this summer at the Thousand Islands Playhouse, but first, she’s at the Fringe with Briana Brown’s new play, Robert., a comedy about a tragedy (with bagpipes), co-starring Chris Baker (Deadmouse: The Musical) and directed by Rob Kempson (Maggie & Pierre, Trigonometry).

Hanna’s unerring comedic timing will definitely come in good stead in subverting a show set at a funeral. 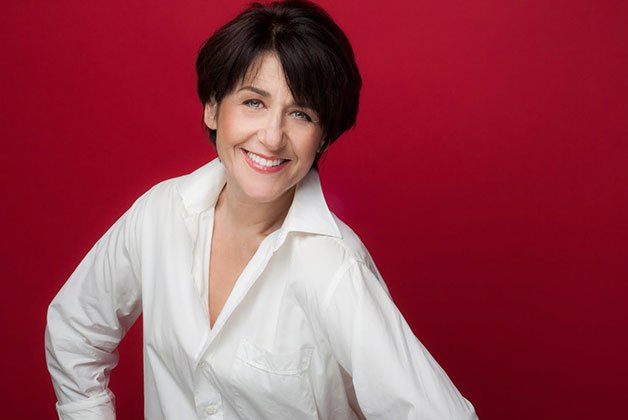 As she demonstrated in Tough Jews and The Jazz Singer, both of which earned her a spot on NOW’s Top 10 theatre artists list of 2017, the formidable Tova has a powerful, multi-octave vocal range that’s equally effective when singing or speaking.

Count on her to bring layers of complexity and a great big soul to the role of Lea, an aging ex-courtesan, in Sky Gilbert and Dustin Peters’s Cheri, a musical reworking of the novels by Colette, who, despite a long and varied career, is probably still best known for the novella Gigi, which inspired the film and stage musical. Perhaps one day Tova will mount a cabaret. She’s got a long and varied career herself. 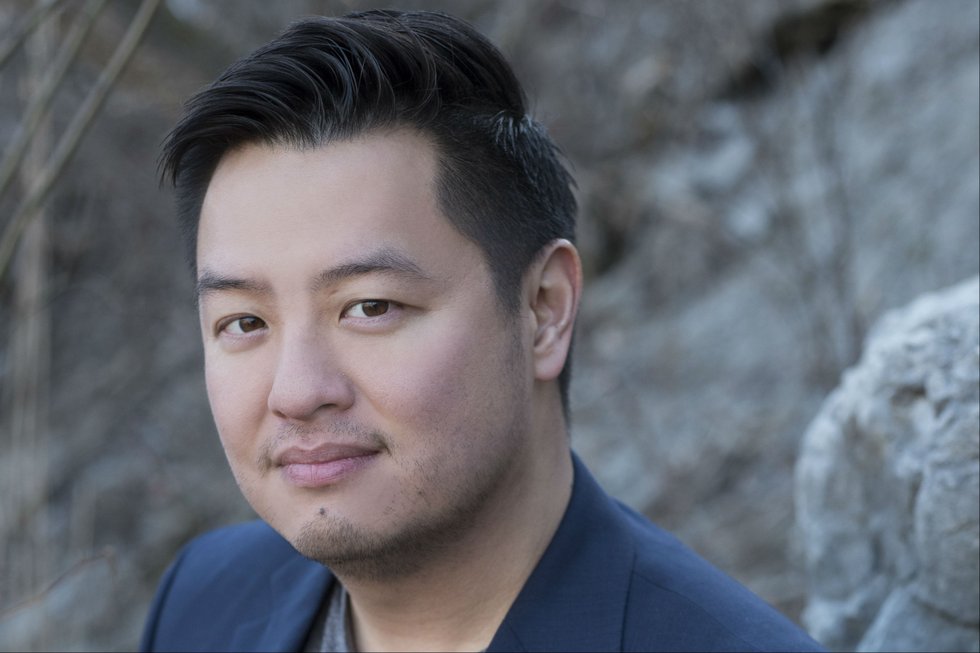 Although it was workshopped nearly four years ago at SummerWorks’ Musical Works In Concert series, Wong’s Recurring John – about a gay man’s life as witnessed by people who knew him – still haunts us. Wong, the associate artistic director at Musical Stage Company, is a composer and lyricist of great sensitivity and empathy, which should come out in this workshop production of The Preposterous Predicament Of Polly Peel (Act 1).

The show, about a family coming to terms with death through the eyes of a precocious 11-year-old girl (Hannah Levinson, fresh off her Dora nomination for Fun Home), features a book by Julie Tepperman and direction by Aaron Willis, both of Convergence Theatre. Here’s hoping the success at the Fringe pushes them to give us act two. 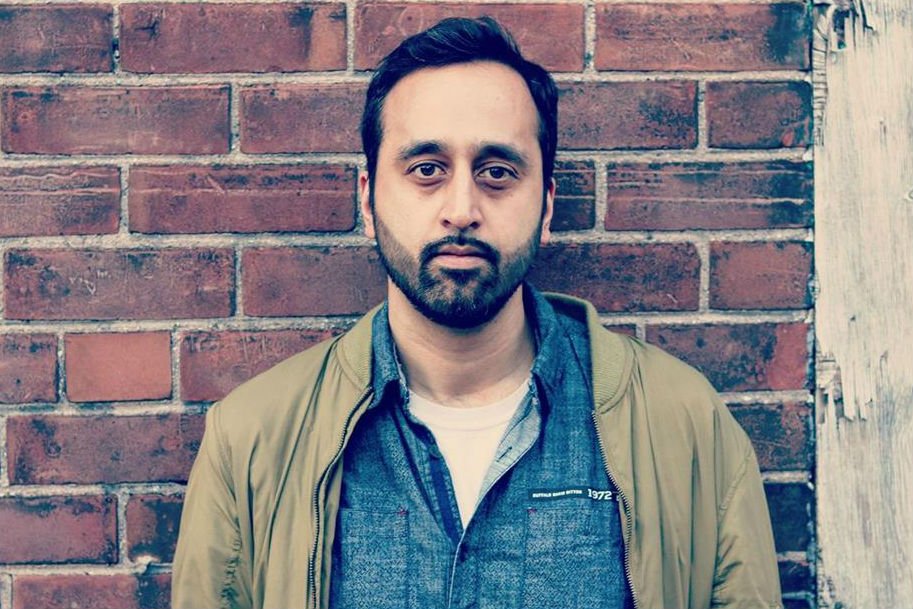 A familiar face to many Fringers, Butt has worked or volunteered at the festival for years now, in administrative and support roles. (He’s the partner of Lucy Eveleigh, the Fringe’s executive director.) But he’s also an accomplished stand-up (he’s a past winner of SiriusXM’s Top Comic competition and has appeared on CBC’s The Debaters) and actor, in the multimedia Luminato project My One Demand.

This year, Butt performs at the Fringe with fellow comics Morgan O’Shea and Amish Patel the trio have created an interactive experience called The Win At Life Mega Expo, a sleazy-sounding self-help seminar that takes place at the community centre just north of the Fringe’s new Post Script hub. 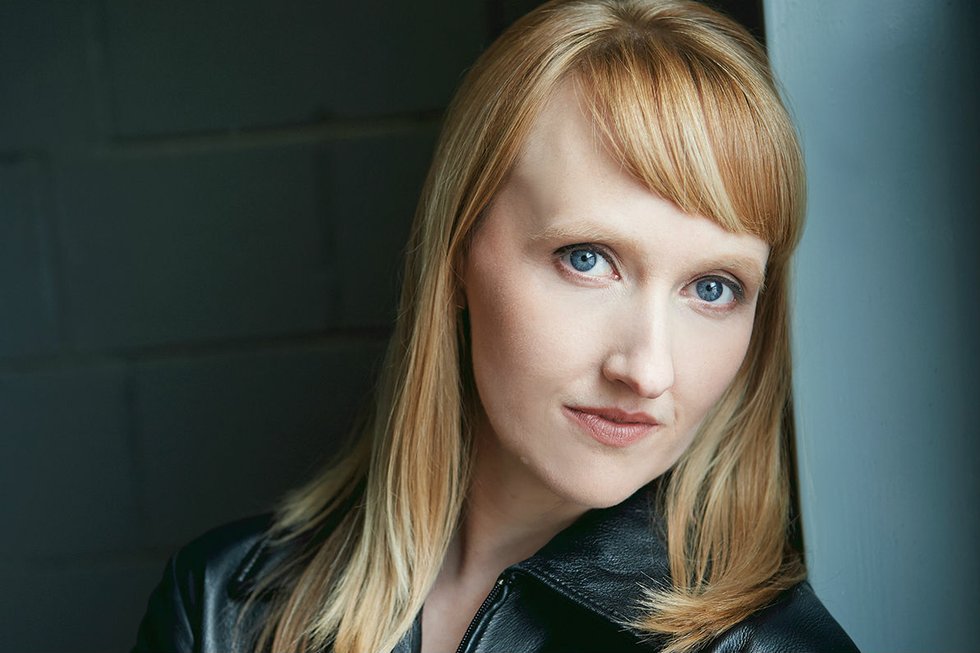 It’s appropriate that Dillon is part of the ensemble of Wes Berger’s First Dates, a show that features a bunch of people of various genders and persuasions meeting up to see if there’s a love connection.

Dillon wowed us earlier this year as the seemingly meek executive assistant who took part in a horrifically memorable first date in What Happened Was…, delivering a performance so explosive it earned her a Dora Award nomination. In Berger’s show, which features music by Aaron Berger, Dillon’s character meets an ex (Marisa McIntyre) for the first time since they’ve broken up.

The cast also includes Dora Award-winners David Fox and Allegra Fulton. Let’s hope we get another theatrical date with Dillon. 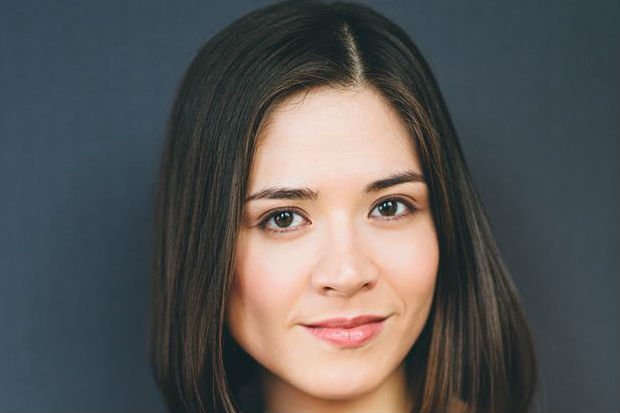 In addition to Lancaster’s work behind the scenes at Soulpepper (as the Shen Fellow, she “creates development opportunities for theatre artists of the Asian diaspora”), she garnered great notices for her narrator role in the just-closed Innocence Lost. At the Fringe, she co-stars with Cass Van Wyck in Anywhere, a new thriller by Michael Ross Albert inspired by stories of Airbnb conflicts.

Lancaster, a founding member of the Howland Company, has always brought disarming vulnerability to her stage work, so we can’t wait to see what she does with Albert’s script. And after the Fringe, she’ll begin work on her fall project: directing the hotly anticipated Canadian premiere of Sarah DeLappe’s The Wolves. 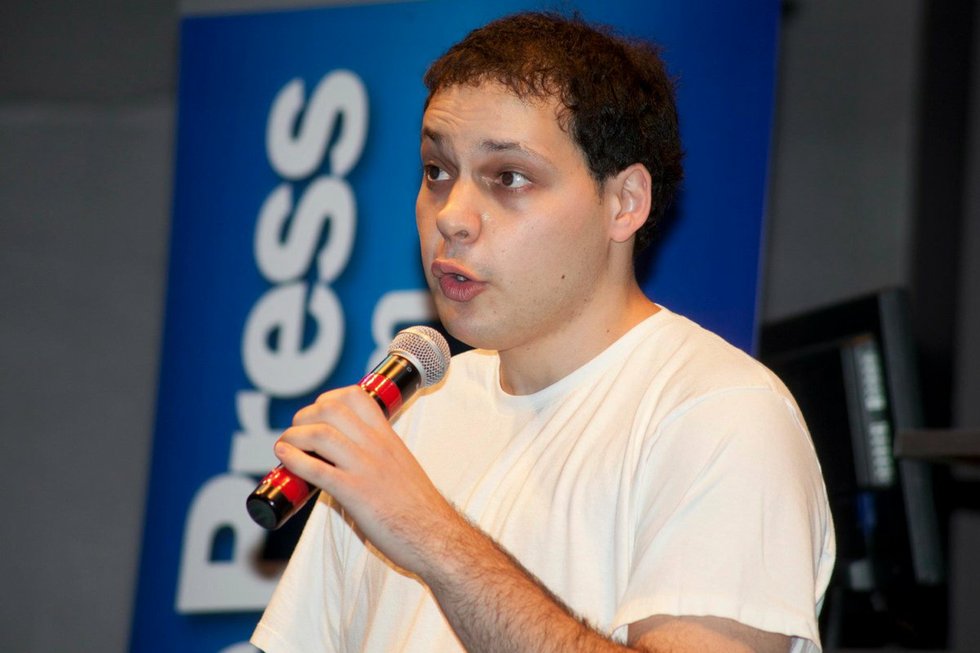 One of the nicest surprises of Fringe 2015 was watching Adam Schwartz’s Asperger: A Tale Of A Social Misfit, the Winnipeg-based artist’s comedy show about living with Asperger syndrome.

Delivered with a dry, deadpan delivery that made fun of his inability to make eye contact with anyone, Schwartz demonstrated terrific timing and a sharp sense of absurdity. At the end of our review, we wrote, “[we’re] curious to see the next step he takes in his comedy career.” 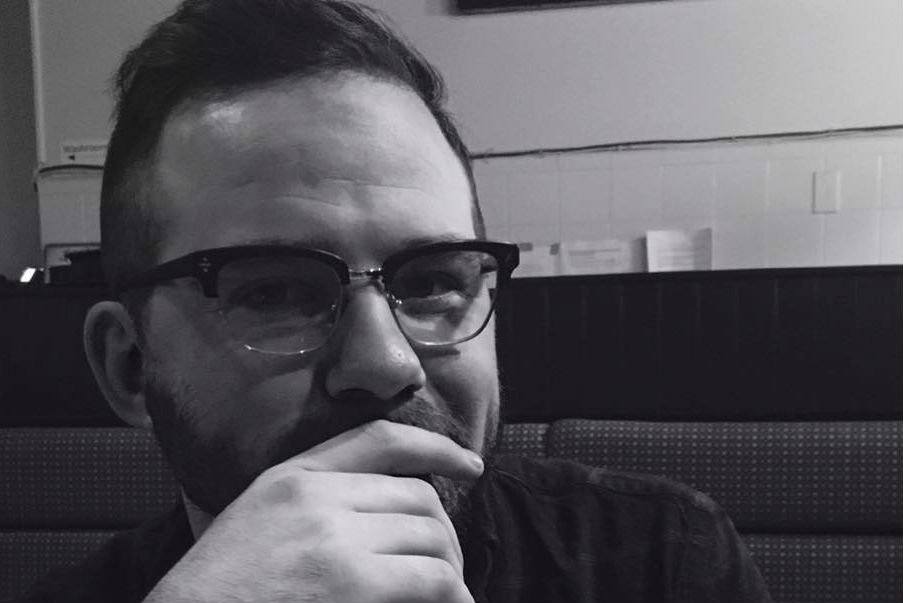 Pagett’s equally adept with dramatic and comedic work – his green detective in True Blue often showcased this gift on the fly. So we’re hoping Prank fully exploits those capabilities.