If your New Year's Resolution is to see more great theatre, we've got you covered. Here are more than a. 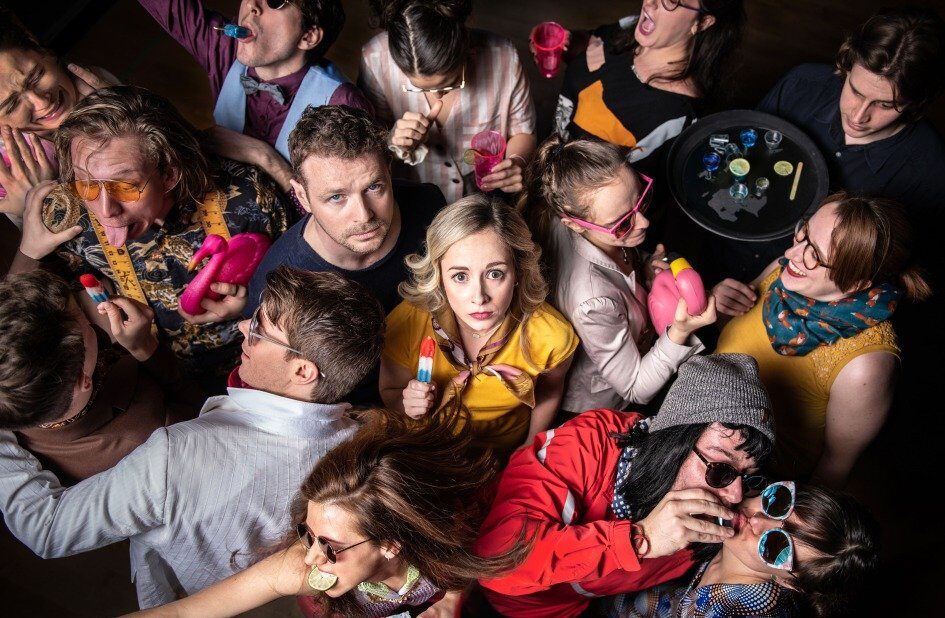 If your New Year’s Resolution is to see more great theatre, we’ve got you covered. Here are more than a dozen plays and musicals that are already generating lots of buzz. So mark your calendar, get your tickets… and we’ll see you there.

Why: The Groundling Theatre Company‘s handful of Shakespeare productions among them Measure For Measure and The Winter’s Tale are among the best stagings of the Bard we’ve seen in the city. Now, with co-producer Crow’s Theatre, they’re mounting Shakespeare’s Roman tragedy about political dissent, assassination and civil war. Chris Abraham, no stranger to Shakespeare (his Stratford productions include Othello, The Taming Of The Shrew and A Midsummer Night’s Dream), directs a diverse, all-star cast (Dion Johnstone, Jim Mezon, Graham Abbey, Sarah Afful, Jani Lauzon, Andre Sills, Moya O’Connell and others). And keep in mind that writer Zack Russell has made some contributions maybe he’ll underscore the work’s contemporary resonances?

When/where: January 10 to 19 at the Factory Theatre

Why: Last seen at Next Stage in 2014 with his musical A Misfortune, Kevin Shea returns to the festival with the world premiere of Consumption Patterns, a play of monologues about millennial angst caused by capitalism. The stellar cast (weve spotted many of them on Shaw stages in recent years) includes Jennifer Dzialoszynski, Sochi Fried, Ben Sanders and Jonathan Tan. Dora-winning choreographer Patricia Allison will keep them on their toes along with Jill Harper (whose staging really fired up the show White Heat at SummerWorks 2019). The teams online fundraising campaign video offers a cheeky sneak peak of the wit thats in store.

Why: Award-winning American playwright Lynn Nottage specializes in sharp dialogue with an emphasis on social justice. Nottage wrote Sweat in the shadow of Occupy Wall Street and loss of industry in U.S. small towns, but with the recent closure of the GM plant in Oshawa, its sure to be highly relatable here, too. This Canadian Stage/Studio 180 version is packed with a mostly Canadian powerhouse cast and directed by David Storch, who always digs deep into tough topics. Notably, Nottage is the first woman to win two Pulitzers for Drama (Sweat in 2017 and Ruined in 2009). Definitely one to catch.

When/where: January 14 to 26 at Buddies in Bad Times

Why: Shakespeares comedy about the collision between three sets of characters (and worlds) is probably the most-performed play in the city especially in the summer. But count on Theatre Rusticle to find surprising elements in it. Artistic director Allyson McMackon always adds physicality and vivid imagery to a show, whether well known (like Our Town), or based on other mediums (Dinner At Seven-Thirty, April 14, 1912). The cast of performers some regulars with the company, others newcomers includes Richard Alan Campbell, Richard Lee, Kwaku Okyere, Amanda Cordner and Matthew Finlan. One of the elements of the Bards play, of course, is putting on a play. And so McMackon sees this production as a love letter to the art form itself. Its rumoured to be the companys final show. Not to be missed.

Why: The Howland Company is one of the citys most exciting indie companies. Theyre the folks behind 2018s Punk Rock and The Wolves, which made several year-end lists, and Fringe hits like Entrances And Exits, Lemons Lemons Lemons Lemons Lemons and 52 Pick-Up. So expectations are high for the North American premiere of Odon von Horvaths modern classic about two star-crossed lovers negotiating things at an office party. Newly translated by actor Paolo Santalucia, U of T prof Holger Syme and the company itself, the show features a terrific ensembles that includes Alexander Crowther and Hallie Seline as the eponymous couple, as well as Kimwun Perehinec and Howland regulars Cameron Laurie and James Graham.

Why: We first caught writer/performer Ahmad Meree and his remarkable solo show Adrenaline at SummerWorks in 2018. Performed in Arabic with English surtitles, Merees play about a refugee celebrating his first year in Canada while remembering his family and life in Syria transcended language barriers and left us enthralled, and at times moved to tears. The play is getting a well-deserved remount, this time paired with Merees Suitcase, about the experience of being an artist who emigrates from Syria. Majdi Bou-Matar directs once again, with actor Nada Abusaleh joining them. We cant think of a timelier way for Passe Muraille to usher in 2020.

When/where: January 23 to February 23 at the Young Centre for the Performing Arts

Why: Long before his recent off-Broadway hit Halfway Bitches Go Straight To Heaven and his Pulitzer Prize-winning Between Riverside And Crazy which got a recent production by Coal Mine Stephen Adly Guirgis penned this gritty, stylized drama about two prisoners awaiting trial for murder. Now it’s getting a production at Soulpepper, featuring a cast that includes Diana Donnelly, Daren A. Herbert, Xavier Lopez, Tony Nappo and Gregory Prest. The fact that Soulpepper’s artistic director, Weyni Mengesha, is at the helm should ensure an exciting production that won’t pull any punches.

When/where: January 30 to February 15 at the Winter Garden Theatre

Why: Its hard to believe its been eight years since the amazing last production of this award-winning musical about an African-American maid working for a Southern Jewish family during the height of the Civil Rights movement. Now that same production (by Musical Stage Company and Obsidian) is back in a reimagined and expanded staging, featuring R&B superstar Jully Black making her musical theatre debut in the title role. Also included in the cast are Measha Brueggergosman, Damien Atkins, Oliver Dennis, Deborah Hay, Linda Kash and Vanessa Sears. This marks Musical Stage’s first production at the Winter Garden an elegant backdrop to a must-see show.

When/where: February 11 to May 17 at the Ed Mirvish Theatre

Why: Duh. Lin-Manuel Miranda‘s game-changing musical about founding father Alexander Hamilton is only one of the most acclaimed new shows of the millennium. With a score that mixes hip-hop, jazz, blues, rap, R&B and Broadway, the work has crossed over to all audiences as demonstrated by the huge demand for tickets when they went on sale last fall. If you can’t afford the top prices, try entering the daily lottery.

When/where: March 3 to 9 at the Old Jam Factory

Why: Eclipse Theatre Company made a spectacular debut last year with Kiss Of The Spider Woman performed at the Don Jail. Theyre back this year with a production of Stephen Sondheims Pulitzer Prize-winning musical inspired by Georges Seurats most famous painting. Directed by Kisss Evan Tsitsias and featuring a cast that includes Evan Buliung, Tess Benger, Charlotte Moore and Tracy Michailidis, the fully staged concert version of the show has a short run in the limited warehouse space. Tickets will definitely sell out.

When/where: May 6 to October 3 at the Tom Patterson Theatre

Why: The fact that veteran actor Colm Feore is playing Shakespeare’s ruthless monarch is cause for rejoicing, of course. But the Antoni Cimolino-directed production also launches the Stratford Festival‘s new $70-million Tom Patterson Theatre, which makes it one of the biggest cultural events of the season. It’s an appropriate play to open the season, since the festival launched in 1953 with the very same work (with Alec Guinness as Richard). Other shows at the new space include Here’s What It Takes, a new musical by Steven Page and Daniel MacIvor, and, in a great coup for improv theatre, a fully improvised comedy by Rebecca Northan called An Undiscovered Shakespeare. We can definitely say “Yes, and…” to that lineup.

In addition to the 11 shows above, don’t forget about these works, returning after sold-out runs.

The Fringe 2018 hit about our favourite clown siblings dealing with the fallout when one of them gets engaged returns to the Next Stage Festival. January 9 to 19. (Psst… after the January 13, 8:30 pm performance, creators Heather Marie Annis and Amy Lee will be talking to NOW’s Glenn Sumi about their 15-year history.)

After premiering last summer at Stratford, this third play in Kate Hennig‘s Queenmaker series this one looking at the story of Mary I, the first reigning Queen of England (nicknamed Bloody Mary) gets another staging at Soulpepper. January 14 to February 9.

Christopher Morris‘s Dora Award-winning solo play about a ZAKA volunteer (Gord Rand) having a crisis is part of the Tarragon’s season. February 25 to March 29.