The 40th Dora Mavor Moore Awards nominations were announced this morning (May 28), with dozens of excellent shows recognized in. 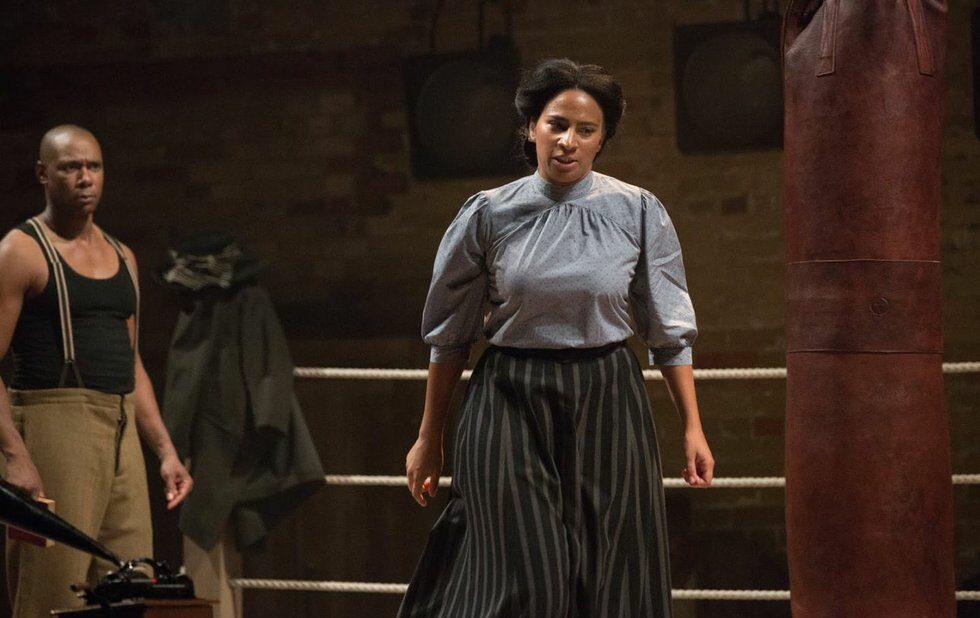 In there's any justice in the local arts world

The 40th Dora Mavor Moore Awards nominations were announced this morning (May 28), with dozens of excellent shows recognized in Toronto theatre, dance and opera. You can find the full list at tapa.ca.

This was the first year that the acting awards went gender-neutral, with fascinating results, especially in the general theatre outstanding performance in a leading role category. Out of eight slots, six women and two men were nominated.

The absence of an ensemble nomination in the general theatre category new this year is deeply felt, especially for such excellent plays like The Wolves and School Girls Or, The African Mean Girls Play, although Dora jurors managed to single out some actors from the ensemble for attention.

If youre keeping track at home, I wasnt too far off in my recent Dora predictions article, accurately guessing more nominees than I usually do. So: yay me.

Heres my annual list of things the jurors got surprisingly right… or bizarrely wrong.

For the first time in recent memory, all the nominees in the best new play category are women! While I would love to have seen middle-aged white guy Daniel MacIvors New Magic Valley Fun Town nominated (at least the shows Stephanie MacDonald was recognized for performance in a featured role), its thrilling to see shows like Yolanda Bonnells bug and the collectively written Now You See Her join terrific plays like Charlotte Corbeil-Colemans Guarded Girls, Hannah Moscovitchs Secret Life Of A Mother and Kate Hennigs The Virgin Trial.

While Prest got acknowledged for directing the Soulpepper musical Rose, his name was absent from the outstanding performance in a leading role list, although he delivered two of the most memorable performances of the year: in La Bete and Bed And Breakfast. Perhaps theres a prejudice against comic performances. All eight nominees are for dramatic turns.

Eclipse Theatre Companys inaugural production of the Kander and Ebb musical was billed as a staged concert production, and it completely worked for me as a show. Director Evan Tsitsiass use of the Don Jail was nothing less than brilliant, and stars Kawa Ada and Tracy Michailidis were exceptionally good. All three got Dora Award nominations, along with production, musical direction, by Chris Barillaro, and choreography, by Sara-Jeanne Hosie. Everyone is deserving Im just surprised they called themself a concert production when it was so much more.

Lucas has done some excellent work in his long career his set and lighting for Groundling Theatres Measure To Measure stand out and his lighting for Next To Normal, for which he also received a Dora nod, was effective. But his minimal set for this musical was terrible. The two tier set, with a circular staircase connecting the two levels and wooden outlines of a house at the side (through which you could see the occasional stage hand), felt incomplete, making the production scream “community theatre.”

File this one under: Gee, did the play direct itself? The Nether received nominations for outstanding production, performance of an ensemble, scenic/projection design, lighting design and sound design/composition. But somehow director Pasyk was ignored for overseeing all of this excellent work. An appalling omission.

Rock is such a consistently fine and versatile performer equally good in straight drama and musicals that her work often gets overlooked come awards time. This season, it was impossible to ignore her as the passionate sister of a boxer and a highly imaginative teacher to the eponymous Rose.

While her DEH co-stars Alessandro Costantini and Sean Patrick Dolan received nominations in this category, and of course Robert Markus got nominated as lead (which hes likely to win), Sherman deserved to be on this list for her fully inhabited, deeply moving portrait of a single mom struggling to raise her overly sensitive son.

Improv artists are often at a disadvantage come Dora Awards time how do you acknowledge a performance thats different every time? But the excellent improvisers of Coal Mine Theatres holiday-themed show Ron Pederson, Kayla Lorette, Matt Baram, Jan Caruana, Paloma Nunez, Kris Siddiqi and musician Waylen Miki won over the Dora jurors. Lets hope this is the start of more improv love.

… to cast your vote for the Jon Kaplan Audience Choice Award. In honour of NOWs beloved, long-time senior theatre writer, the public gets to vote for their favourite show from among the nominees for outstanding productions or anything else during the season. Cast your vote at nowtoronto.com/jonkaplan-audience-choice-award from May 31 at noon through June 19 at midnight.