NOW MagazineCultureTheatreA City is worth visiting

A City is worth visiting 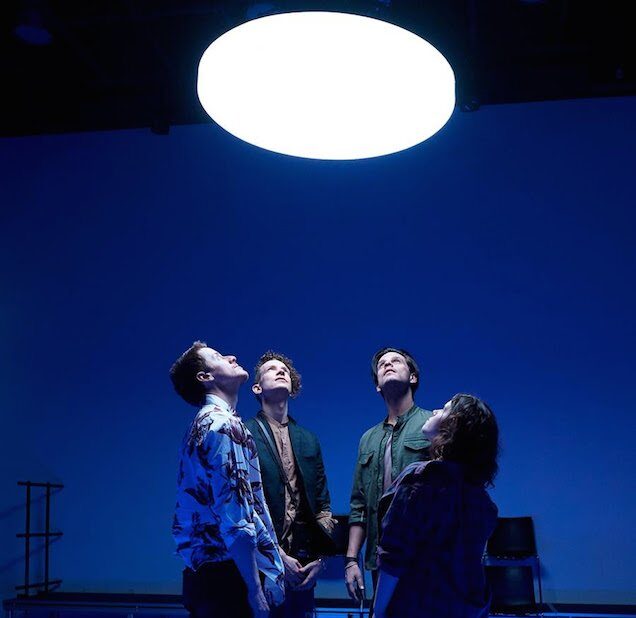 Greg MacArthurs A City is inspired by the playwrights experiences with the group of indie Montrealers involved in SideMart Theatrical Grocery in the late 00s. But you dont need to know any of that to appreciate this quirky, impressionistic play, which will be relatable to anyone involved even loosely in the arts in any big city.

LaBeouf, were told, was a Montreal visual artist who was so inspired by the quartet that he used them in tableaux vivants capturing different moments in history. He also, we can intuit, helped them hone their crafts. Gradually, while recounting the last night they saw him alive at a Halloween house party each member talks about his or her connection to the man.

Equal parts mystery play and existential drawing room comedy, A City captures the free-floating conversations that make up much of urban life: recipes for Thai dishes, the disappearance of city cats, the ethics of eating meat.

What MacArthur, director Jennifer Tarver and the cast are so good at are suggesting the power struggles beneath these seemingly banal conversations. The work is performed in the round, and when one performer is talking, the others, when not contradicting the person, will often look meaningfully at audience members, implying they know an alternate version of the story. Even when performers leave the stage, theyre often visible or audible.

Andjelija Djurics spare set is essential to the storytelling. With its low square of fluorescent lighting and a large disc of an overhead lamp (lighting is by Rebecca Picherack), it evokes everything from an apartment to an operating room to, in one of the shows best scenes, a camping trip.

The performers are focused and always watchable, their interactions in the face of a dispassionate universe touching, funny and very believable.