A Midsummer Nights Dream heats up winter with big laughs

A MIDSUMMER NIGHTS DREAM by William Shakespeare (The Chekhov Collective). At the Citadel (304 Parliament). Runs to March 11. $25-$40.. 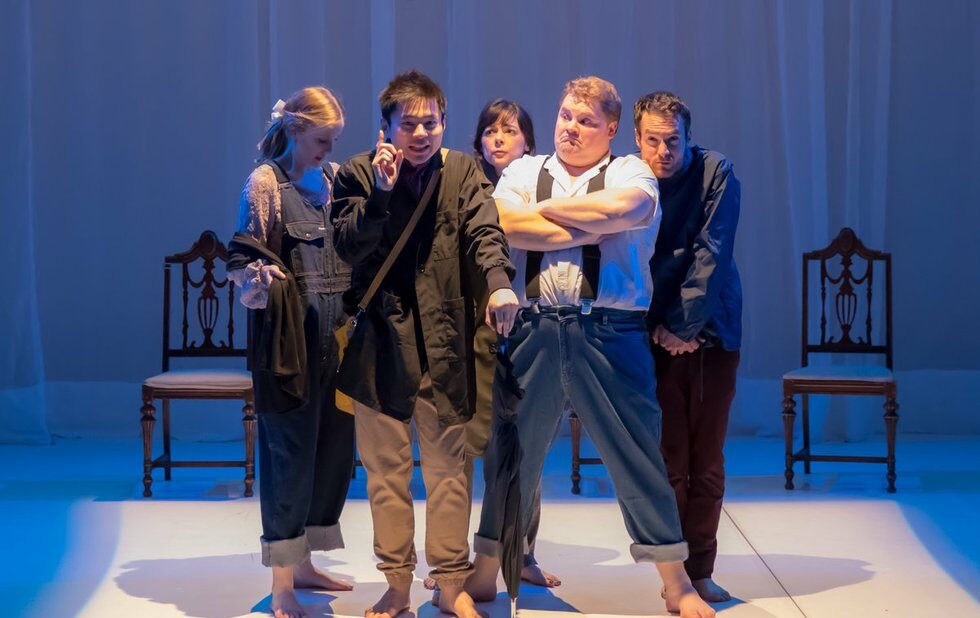 The Chekhov Collectives midwinter production of Shakespeares most summer-friendly play isnt, as one might expect, set on a large country estate in 19th-century Russia. Instead, its a vibrant and intimate rendering, mostly faithful to the text, and full of magic and comedy enough to warm even the most iced-over hearts.

Forgoing an elaborate set, director Richard Sheridan Willis fills the Citadels dance-studio space with big performances from a strong ensemble. With characters dressed in muted modern apparel, the focus is on the Bards verse, which tells the famous tale of forbidden lovers Hermia (Natasha Greenblatt) and Lysander (Jesse Nerenberg) as they flee disapproving parents in Athens to an enchanted forest where mischievous wood sprites use magic to humorously confuse their affections.

The transfer from city to forest is marked by the appearance of the shows only major set piece: an enormous, visually striking multi-coloured patchwork quilt created by textile artist Roxanne Ignatius. Set and costume designer Shannon Lea Doyle creatively suspends one end from a doorway making that end almost tent-like as it spills into the performance space and eventually becomes a sort of carpet at centre stage. The quilts mixture of earthy tones and bold colours, as well as the incorporation of a range of textures like puffy jackets and furry coats, gives the mass a three-dimensional bricolage quality that aptly enhances the dreamlike whimsy.

Paul Amos is commanding as Oberon, King of the Fairies, and his cheeky dynamic with lusty underling Puck (Elizabeth Saunders) is hilarious and endlessly watchable. The pair use some delightfully deft sleight of hand involving tiny LED lights to introduce the secret love potion. As Bottom, the would-be leading man among the amateur troupe of actors rehearsing the famous play-within-a-play who gets swept up in the ordeal, Zach Counsil blends slapstick and delusional braggadocio, scoring the biggest of the shows frequent laughs.

The gelling of creative talents here easily transcends the cold weather outside, creating a charming and spellbinding experience sure to impress both Shakespeare aficionados and those just in need of a good, hearty laugh.