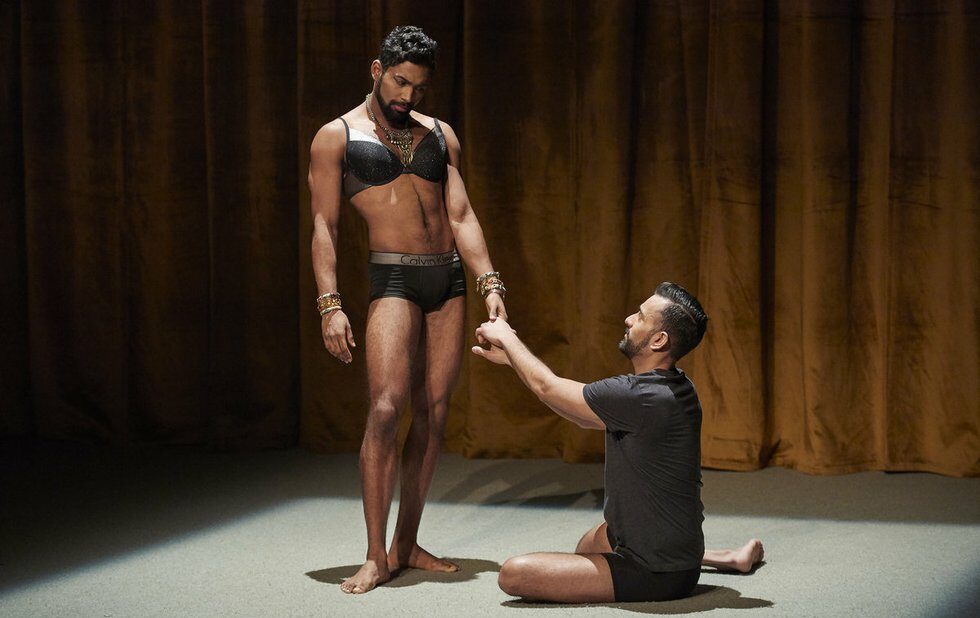 Bilal Baigs debut is set in the GTAs South Asian community and features an assortment of memorable characters, but this exploration of trauma and identity, in which dreams, visions and memories infiltrate waking life, is ultimately about self-love and the sort of personal growth that can only be made when there is no one left to turn to.

Torontonian Zaya (Qasim Khan) is 29 and in a tender, long-standing relationship with Salim (Matt Nethersole), yet he remains closeted with his family. This becomes an issue when his mother (Ellora Patnaik) winds up in hospital and requires attention. Salim drives Zaya to his moms Mississauga hospital, but Zaya begs Salim, with his makeup, crop-top and bangles, to steer clear of her a request Salim declines to fulfill.

Zaya struggles to keep his cool after an intoxicant-fuelled sleepless night and is paid phantasmagorical visits by an imam (Omar Alex Khan) who left an indelible mark on his childhood. Acha Bacha builds to a disturbing scene in which Zaya struggles to piece together memories in which abuse and self-actualization are searingly fused.

While the undercurrent of repressed pain remains a constant, Acha Bacha is buoyed by much character- and culture-driven humour, accentuated by director Brendan Healys elegant transitions between the hallucinatory and the tactile and his emphasis on frank sexuality and sheer velocity.

The plays propulsion is also aided by the sparseness and flexibility of C.J. Astronomos lighting and Joanna Yus set, and by Khans nicely graded escalation of anxiety and Nethersoles deadpan sensual charisma. Acha Bacha diverts and unnerves at a steady clip, and before you know it, its over. Which is both admirable and something of a deficit.

The play abruptly ends with Zaya, having had his personal circumstances radically altered, suddenly arriving at a moment of inner peace. Its a commendably spiritual conclusion to a play that frequently trades in crowd-pleasing comedy, suggesting that its Zayas truth that matters, and not the validation of others.

The hitch is that after all thats transpired, after the re-opened wounds and unresolved ruptures, this finale doesnt feel entirely earned.