AFTER THE BLACKOUT by Judith Thompson (Soulpepper/RARE Theatre Company). At the Young Centre (50 Tank House). Runs to May 26.. 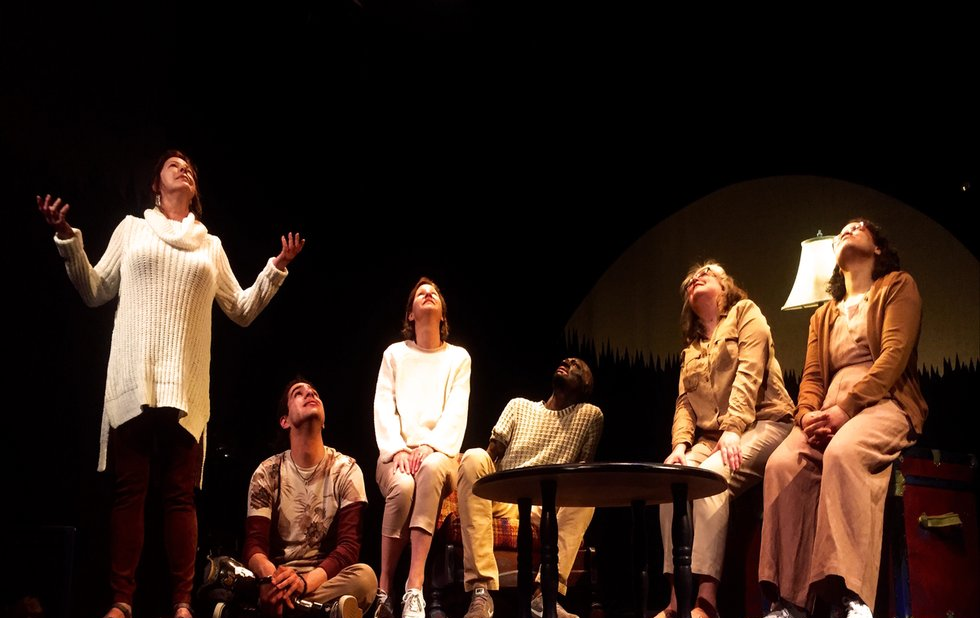 AFTER THE BLACKOUT by Judith Thompson (Soulpepper/RARE Theatre Company). At the Young Centre (50 Tank House). Runs to May 26. $35-$50. See listing. Rating: NNN

Judith Thompson revisits the intersecting fates of people with disabilities on the margins with mixed results in After The Blackout. The Governor Generals Award-winning playwright and director achieves moments of real lyricism and warmth. Yet she too often strains for poignant notes while treating her actors disabilities as a pretense for over-reaching humanist drama.

Originally developed as a testimonial play flowing from the lived experiences of six performers from her RARE Theatre Company, who have the same range of physical and cognitive disabilities as their characters, the script evolved into a less distinctive melodrama about an improbably linked ensemble who convene at the cottage one starry night to exorcise the traumatic moments of their lives.

Thompson gives the actors meaty monologues to chew on, but treating their stories as interlocking pieces in a larger puzzle about suffering while disabled dulls their unique bite, despite the actors powerful and earnest investment in the material.

Mary Beth Rubens, who played a victim in the slasher film Prom Night before a brain injury halted her career, strikes a delicate balance between fading movie star vanity, vulnerability and grit in her character Roxys monologues about aging and recovery. But shes limited by the schematic way Roxy is set off against Prince Amponsahs Khari, a gentle poetry professor and double arm amputee who becomes a too-neat symbol for police violence against Black men with disabilities.

Both performers connect, despite those contrivances. Still, like deaf cast members Catherine Joell MacKinnon and Tamyka Bullen, whose gestural ASL duets in front of a starlit night scene were marred on opening night by some staccato, oddly paced captions on the screen behind them, they deserve better.

Captioning hiccups aside, the spare staging, which frequently finds the ensemble gathered below the soft light of the moon, otherwise suits the universalism of their stories. Thompson strikes a grace note in allowing her performers distinct physicality to shine through in the set changes between scenes, inviting us to watch as they gingerly manipulate the furniture around them as in real life.

Its in these throwaway moments, when the actors inhabit their bodies without the burden of signalling some larger point about disability, that the show feels, yes, rare.