After The Fire looks at the destructive cost of petro-capitalism 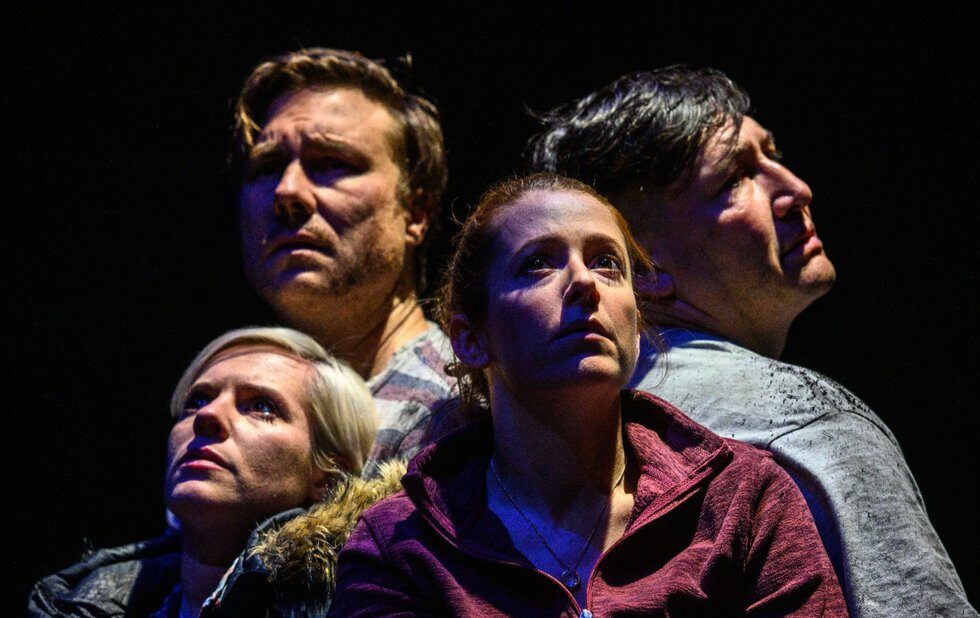 The latest from Dora Award-winning Edmonton playwright Matthew MacKenzie (Bears) is set in the wake of the Beast, the 2016 inferno that covered 85,000 hectares, destroyed 2,579 homes and displaced the populace of Fort McMurray.

Directed by Brendan McMurtry-Howlett for Punctuate! Theatre and Alberta Aboriginal Performing Arts, in association with Native Earth Performing Arts and the Theatre Centre, After The Fire is a politically charged black comedy that considers the ways in which the toxic ideologies of petro-capitalism corrupt us all, prompting us to lay waste to our own habitat.

While old pals Barry (Sheldon Elter) and Ty (Jesse Gervais) find a secluded spot in the blackened woods to dig a deep hole, sisters Carmell (Louise Lambert), Tys ex, and Laura (Kaitlyn Riordan), Barrys wife, traipse higher ground in search of an ideal location to dispose of an unwanted item. Unfolding in tandem, both narratives follow similar trajectories: the characters discuss recent personal upheaval, long-standing conflicts and the diverse ways the Beast has disrupted not only their lifestyles but also their attitudes toward ecological and even spiritual concerns. All this while holding us in suspense as to just what it is everyone is so desperate to hide.

The characters are generously imbued with detailed backstories, but their exchanges repeatedly shift from a sort of hysterical naturalism to blunt delivery systems for the plays weighty themes. And while whatever presumably illicit activity these characters are engaging in might be best regarded as a metaphor or McGuffin a larksome conceit around which to develop the storys deeper significance its still a narrative anchor that cant help but inform our sense of who these people are. When the precise nature of that McGuffin is revealed, its so preposterous as to mock our emotional investment.

Still, After The Fire offers a welcome opportunity to appraise the way industry and accident disrupt the lives of ordinary people.

It also offers an unusually rich sensory experience via Kaileigh Krysztofiaks wildly atmospheric lighting design and Alison Yanotas brilliant set, which essentially consists of a colossal mound of scorched earth that is alternately gelatinous, smudging, consoling, concealing and revealing. The set also releases an odour that transports us to the world of these characters in a manner no battery of expository dialogue ever could.