All hail The Last Wife 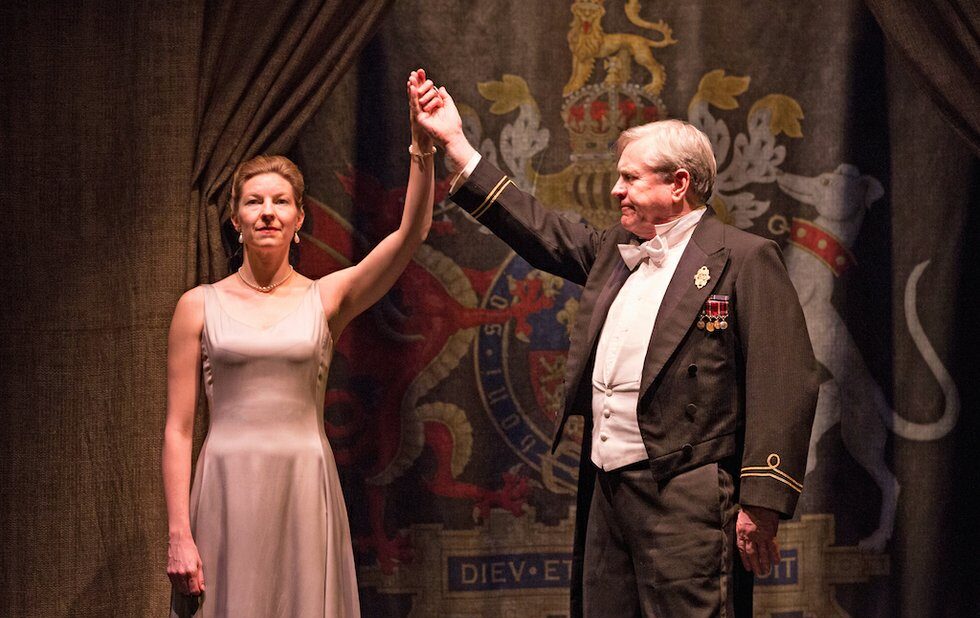 With everyone wondering how to deal with a capricious and dangerous ruler south of the border, the Soulpepper remount of Kate Hennigs Stratford Festival hit The Last Wife couldnt be timelier.

Katherine Parr (Maev Beaty) is a resourceful, smart and beautiful woman whose second husband has just died when Henry VIII (Joseph Ziegler) comes calling. What Henry wants, Henry gets, but Katherine who definitely wants to keep her head about her is savvy, negotiating the terms of their relationship, especially their intimate relations, and discovering in her role of wife, queen and stepmother a sense of self-worth and purpose.

Hennigs script is bold, clear and full of contemporary flourishes that never feel contrived. She takes special care setting up Katherines dealings with Henrys children, heir to the throne Edward (Jonah Q. Gribble, wise beyond his years), and Mary (Sara Farb) and Elizabeth (Bahia Watson), both of whom she helps join the line of succession. (And we know how far Elizabeth goes.)

The first act provides all the set-up and hence lacks momentum, but theres lots to look at in Alan Dilworths production, especially in Yannick Larivees spare yet evocative set, with its model of Hampton Court literally hanging from above, suggesting a different perspective on historic events.

Its in act two where Katherine gains Henrys respect but also bruises his pride with her clever negotiations while hes been away in France at war that the production heats up. Beaty gets to show her full range as Kate draws on all her talents to fight for her life. Ziegler is just as fine, charismatic but also quick to anger.

With such a small cast Gareth Potter plays Kates lover and future husband, Thom Seymour we dont get to see the machinations of the court, whose shenanigans are outlined so richly in Hilary Mantels Wolf Hall books.

But this pays off in the end, when we see how, despite Katherines accomplishments, shes shut out from events after Henrys death.

A haunting coda hints at whats to come in Hennigs Queenmaker Trilogy the second play premieres this summer at Stratford. Cant wait.