An Unsafe Space is a complete waste of space (and time) 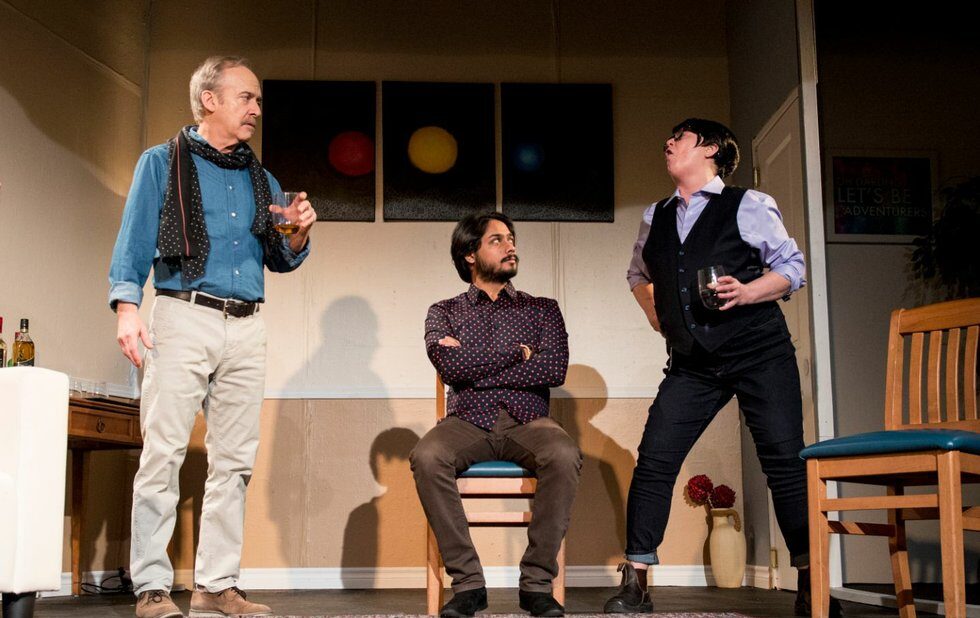 Hope next time we meet under better circumstances.

Thats what you say to people at funerals. Its also what youll think after watching the talented cast in the ill-conceived play An Unsafe Space.

Writer/director/producer Richard Klagsbrun is best known for his work as a film company executive. But he obviously hasnt written or even seen, for that matter much theatre. Which is clear after about five minutes of this stilted academic satire.

Joanna (Precious Chong) is an assistant professor of political science whos gathered colleagues and students for a booze-fuelled gathering at her apartment to help mobilize against a right-wing organization that has offered to donate $40 million to their university.

While the divisive political climate on college campuses not to mention society at large is a worthy target of satire, Klagsbrun relies on tired, unfunny jokes about gender, race and academic jargon.

The script is so convoluted and clunky that the cast everyone except Shaw veteran Peter Millard as an old-school entitled white prof stumbled or paused over some of their dialogue on the night I saw them.

Lauzon has a casual, breezy approach to Oliver, and Spidell uses her posture and pained facial expressions to present a unique character, even if she is a cliche.

A better director could have helped give the production more shape and energy, but Klagsbruns way of staging conversations is to increase the lighting over whoevers talking (lighting design is by Noah Feaver).

No sound designer is credited a big absence, especially for a show set at an urban gathering but as a bonus you will be treated to the clearly audible sounds of the shows stage manager calling the show.

Oh, and dont expect a land acknowledgement, although there is a pointed critique of the ubiquitous practice in the middle of the show. If you make it that far.