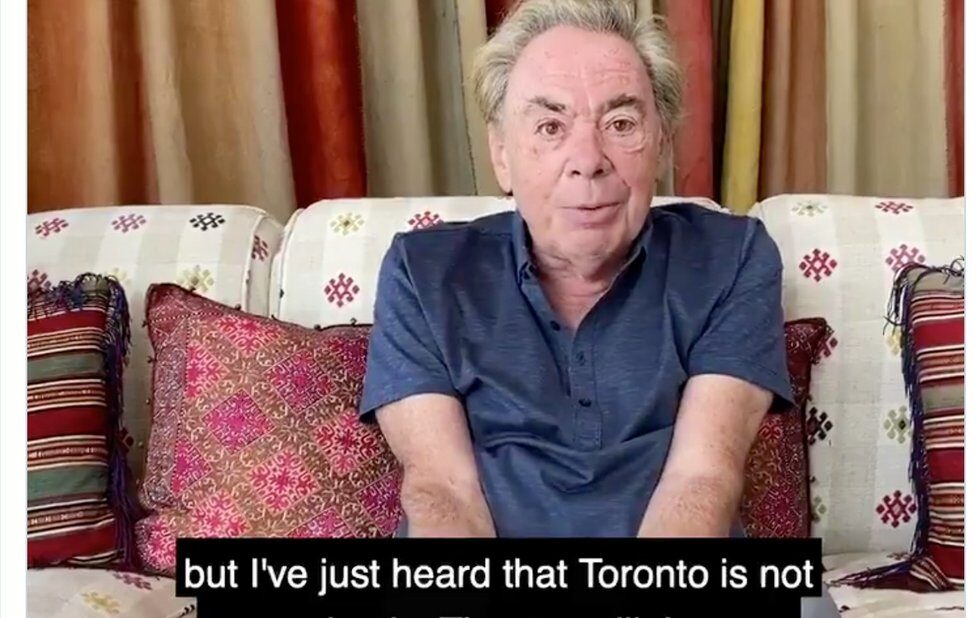 Andrew Lloyd Webber obviously knows something about Toronto theatre that we in the city don’t.

In a video introduction yesterday to the free streaming of a film version of Love Never Dies, his Phantom Of The Opera sequel, he said the touring production of Love was supposed to open in Toronto later this year, at Christmas.

“But I’ve just heard that Toronto is not reopening its theatres till January,” he continued (around the 5:26 mark), “so I guess it will go to Toronto but I don’t know when or how”

Mirvish Productions had two big ALW musicals in its 2020-2021 lineup: the 50th anniversary production of Jesus Christ Superstar, which, according to their season launch on February 28 was supposed to open in September and run into October, and Love Never Dies, which was slotted to run in December and January.

Mirvish’s current site says its shows are closed because of COVID-19 through June 30, at the earliest. It still has both shows listed, but with no dates.

Mirvish Productions hasn’t yet released a statement, but I’m waiting to hear confirmation about the cancellations. (UPDATE: Mirvish said on April 27 that its new subscription series, which includes Love Never Dies and Jesus Christ Superstar, will now begin in January.)

All other local theatres have cancelled their 2019-2020 seasons, which generally end in spring.

Soulpepper, which normally continues through the summer, cancelled all performances through August. And the Toronto Fringe cancelled its 12-day July festival.

No one has yet made any decision yet about whether the fall and winter seasons will continue.