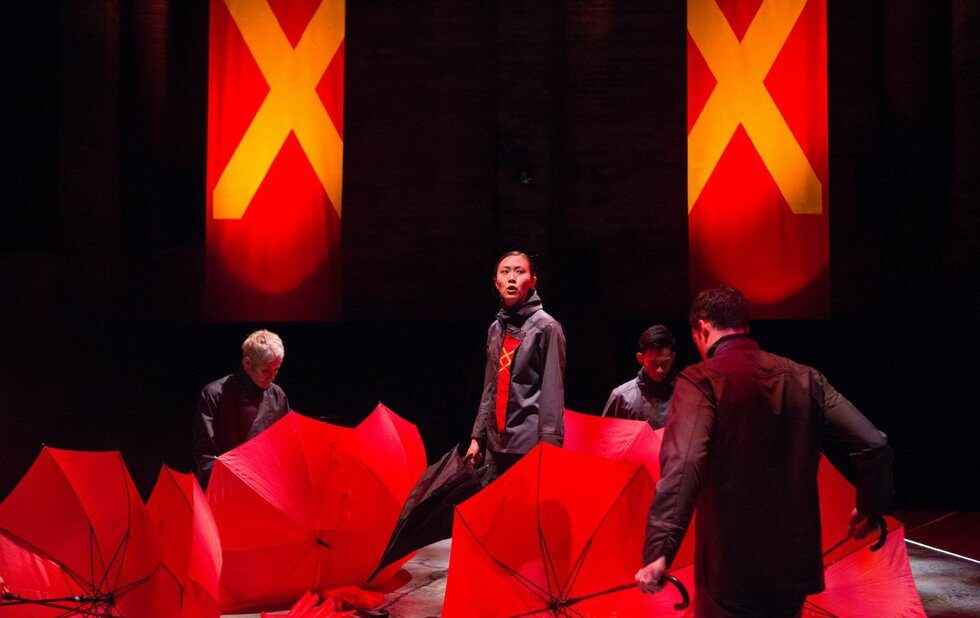 Antigone is the second adaptation of a Greek tragedy that Jeff Ho has presented in less than a year. And while this Young People’s Theatre show doesnt have the same irreverent, cheeky spirit as his Iphigenia And The Furies, the subject rebellion in the face of an unjust political regime, even when it divides a family requires a more serious approach.

After her brother Neikes (Jeff Yung) gets involved in a student-led government protest in China, Antigone (Jasmine Chen) goes searching for his body, defying her powerful leader father, Kreon (John Ng), who has disowned his son.

Ho and directors Stephen Colella and Karen Gilodo have some problems setting up the play the opening scenes are exposition-heavy and confusing. But once the central conflict is established, the show moves along swiftly. While the actors are mostly strong Christopher Allen adds much-needed comic relief as a nervous guard Christine Urquharts set and costume designs are the most memorable aspect of the show.

The use of umbrellas obviously a reference to 2014s Umbrella Movement in Hong Kong is especially effective, evoking everything from guns to tanks.