NOW MagazineCultureTheatreAsking For It asks essential, disturbing questions about consent

Asking For It asks essential, disturbing questions about consent

ASKING FOR IT by Ellie Moon (In Association, in association with Crows, Nightwood, Necessary Angel). At Streetcar Crowsnest (345 Carlaw).. 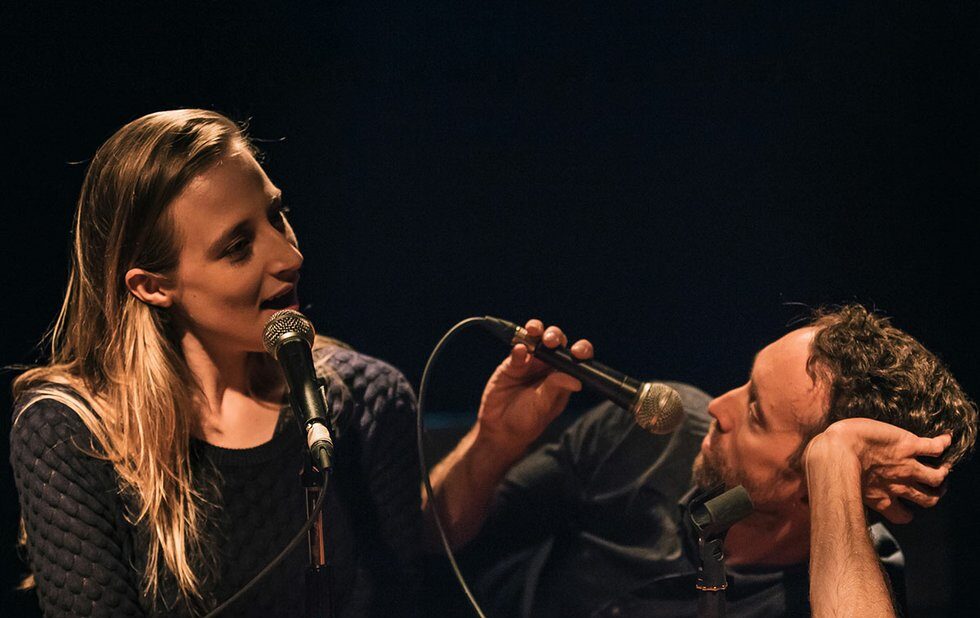 The Weinstein story is just the latest in a string of abuse scandals, following accusations about Louis C.K., Bill Cosby and, of course, Jian Ghomeshi.

In fact it was the dialogue around Ghomeshi that inspired writer and actor Ellie Moon to ask friends, colleagues and professionals about their thoughts on intimacy and consent, which she then used for the riveting docuplay Asking For It.

At a bare table with microphones that resembles a tribunal (set coordinator is Christine Urquhart and lighting is by Andre du Toit), four actors begin by reading transcripts from Ghomeshis first confessions and peoples early defence of him and then retractions.

Then Moon takes us through her own conversations, Richard Ferens subtle sound design helping suggest where a talk is happening.

Moon recreates her reactions to these conversations in a calm and realistic fashion notice how she changes the pitch of her voice to put her subjects at ease or clarify a point but she also doesnt let herself off the hook.

The final scene of the first act, effectively staged by director Brendan Healy, takes place at a party with a potential mate where she says something cringeworthy her point being, who among us doesnt occasionally say cringeworthy things during sex?

Each actor gets to shine. Steven McCarthy is hilariously slimy as an interviewee who crosses the line with Moon, and terrifying as both an angry TTC passenger and the feminist-hating partner of a friend.

Jaa Smith-Johnson is a revelation as a friend forced to reexamine his past behaviour and a man hired to deliver presentations about consent on college campuses.

And Christine Horne gets to play a range of women, including Moons high-spirited younger sister, a stiff law professor and, in the powerful second act, a friend who has a disturbing revelation and turns the tables on Moon herself.

That disturbing conclusion, offering no clear answers but lots of questions, is just one reason why this play is essential viewing.