In more than 20 years of way-greater-than-average theatre-going, I thought Id experienced every annoying thing that can happen to audiences. 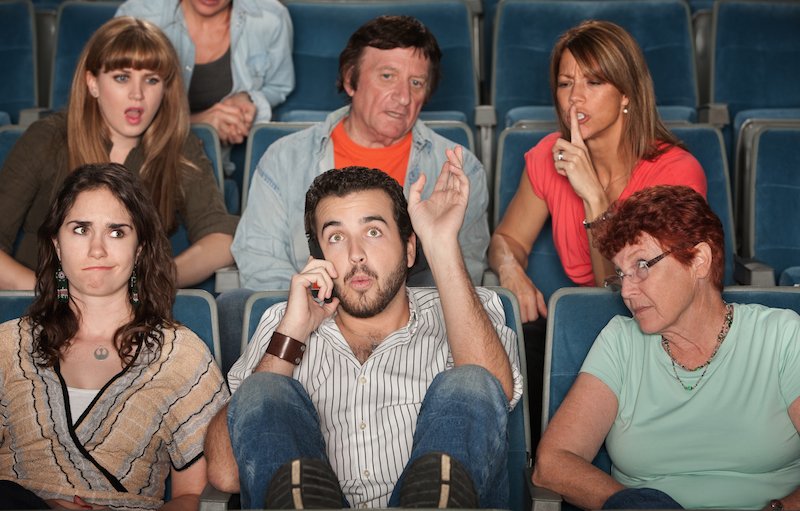 In more than 20 years of way-greater-than-average theatre-going, I thought Id experienced every annoying thing that can happen to audiences while at a play.

Then last month, during a lovely production of Our Town, I encountered something new. Behind me and to the left, I heard… jangling. It turned out to be a woman shaking her chunky jewellery. Were not talking about Jacob Marleys shackles here, but the sound was enough to jolt me out of the show whenever it occurred. Worse, the clanging inevitably happened during the productions quietest moments.

This got me thinking about the different ways audiences can be rude. I wont include the What did she just say? talker, the walking perfume ad, the chronic cougher or the person who cant stop checking his or her cellphone. Those are no-brainers.

Here is my subjective list of the worst five performances by audience members.

During a winter show at the Harbourfront Centre Theatre, the dude next to me removed his thick boots to air out his stinky feet. Once I realized what hed done, I looked around for an escape route, but the lights were down and the house was full. After almost gagging, I breathed through my mouth.

During the opening night of a Mirvish show featuring songs by the Fab Four, a broadcaster formerly with Citytv and CBC Radio sitting next to me started singing the tunes with her date. This was not during the ovation, when audience participation at such shows is usually demanded. Needless to say, I wanted to twist and shout at her… but didnt until I went on Twitter afterwards. (She semi-apologized in a Twitter reply.)

At the opening performance of one of Second Citys revues, a woman seated above and behind me whod drunk a bit too much of the pre-show punch started talking. And talking so much so that I missed lines of dialogue. When I did the initial look-around she ignored me, and when I shushed her she hissed, Suck it! repeatedly. Then, when she figured out I was taking notes about the show, she crazily shouted, I am reviewing! The SC staff handled the situation well, re-seating me at intermission. And after I complained about it on social media, one of the Second City cast quipped, Looks like [fellow cast members] drunk mom was in the audience.

File these guys for some reason theyre all male under fidgeters. At the tiny Coal Mine Theatre a month ago, a jerk behind me kept tapping the wooden railing next to him, despite my evil-eye looks. When I finally whispered something to him, the woman he was with reached over and stopped his hand. God bless you, maam.

Should you distribute programs before or after a show? Most do it before, but perhaps it should be after. Numerous people crinkle their programs while theyre engrossed in a show, not knowing that the person in front of them can hear every crease.

And at a very memorable SummerWorks show, fellow critic Lynn Slotkin and I discovered a man fastening and unfastening a Velcro strap. Its now become a running joke with us, signifying any generic loud audience member.

At last years Next Stage Festival, some dolt in the front row of the Factory Mainspace hoisted his camera phone above his head and started shooting video of parts of the show. Since he didnt look like a professional, and the show contained partial nudity, I can only guess he was saving things up for his own private viewing later. Ew.

The person who leaves the phone on vibrate, which you can still hear during quiet scenes in small- and medium-size theatres.

The person in the comedy show who repeats punchlines or says, Thats funny! Yeah. It’d be funnier if you could laugh and not talk.

The person who says, Im not talking! Im just checking my phone.

I asked several theatres about how they deal with rude audience members. Here are their responses.