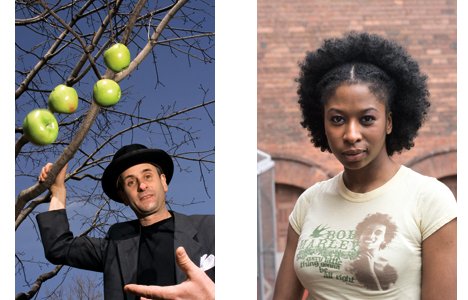 Awake and Sing!, Clifford Odets’s portrait of a Jewish family in a New York tenement during the Depression, might be subtitled Dreams In The Dust.

Three generations of the Berger family do their best to make ends meet, never fully losing their hopes of a better life and a better world. Grandfather Jacob (William Webster) is a Marxist, mother Bessie (Nancy Palk) runs the family with an eye to improving her children’s lot, father Myron (Derek Boyes) is an easy-going guy who doesn’t like to make problems.

It’s the kids who are most tightly wound. Ralph (Jonathan Gould) wants more than a two-bit factory job, and Hennie (Sarah Wilson), wooed by several men (Ari Cohen and Matthew Edison, one sharp-edged and the other diffident) yearns to know true love.

Odets’s script has an emotional richness that an ensemble company like Soulpepper should be able to explore. But on opening night, director Miles Potter’s first act was too fussy, with actors working on New York accents and trying to give a period feel to the piece the Yiddish constructions sounded awkward in some of their mouths.

Happily, those problems largely disappear in the second act, when we finally come to understand these people.

The best work in the show is Cohen’s disillusioned, energetic Moe, whose wheeler-dealer veneer masks insecurities and his desire for Hennie. He and Wilson spar almost constantly, but with a sexually crackling undertone. Some of the scenes involving the pair and Edison, whose Sam is a good soul who wants to do his best, feel like Chekhov.

By the end, the cast – notably Gould and Wilson – captures the play’s heady possibilities for the future, deeply touching the viewer. That emotional connection between audience and actors should happen earlier in the show.