The best and worst Toronto stage stories of 2018

While there was plenty of drama on Toronto stages this year, there was lots off it as well, beginning with. 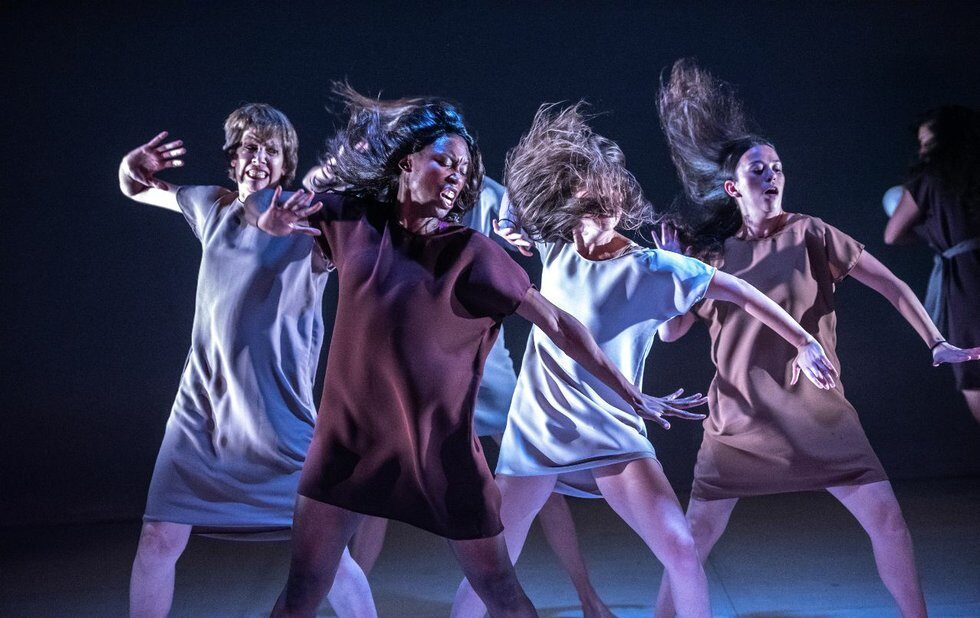 While there was plenty of drama on Toronto stages this year, there was lots off it as well, beginning with a #MeToo story that made international headlines. If theres a common denominator to these items, its the addressing of the historic imbalance of power and allowing hitherto marginalized voices to finally be heard. Amen.

No doubt some savvy playwrights will use these very stories in their future work.

Not a week into the new year, four actors once associated with Soulpepper Kristin Booth, Patricia Fagan, Diana Bentley and Hannah Miller accused the companys founding artistic director, Albert Schultz, of sexual assault and harassment. The company acted quickly, Schultz and Leslie Lester, Soulpeppers executive director, resigned, and Alan Dilworth stepped in as acting artistic director. While it would take months for the womens civil suits against Schultz and the company to be settled, the incident encouraged other people in vulnerable positions to step forward about their experiences at the George Brown Theatre School and the Randolph College for the Performing Arts. The situation at Soulpepper also led to them hiring a new executive director and artistic director, which leads to….

Never in recent memory has there been such a turnover of talent at the top creative jobs at the citys theatres and festivals in such a short space of time. The lauded appointment of Weyni Mengesha as Soulpeppers artistic director was only one of many such changes. The proudly queer Brendan Healy, formerly of Buddies, took over at Canadian Stage, and Josephine Ridge, after abruptly resigning at Luminato two years into her tenure, was replaced by her deputy artistic director, Naomi Campbell, a producer with the festival since 2013. Things look good for 2019.

The first half of Quebec genius Lepages year was filled with major accomplishments at some of the countrys biggest institutions.

First came the remount of his sumptuous The Nightingale And Other Short Fables for the Canadian Opera Company, which had to add an extra performance to fulfill audience demand then came his movie-inspired production of Coriolanus at the Stratford Festival, which earned near universal raves and then the National Ballet of Canada premiered Frame By Frame, in which Lepage and Ex Machinas work tended to overshadow that of choreographer Guillaume Cote.

But then, in late summer, came the cancellations of two new Lepage works: Kanata, a show that was to explore the relationship between Indigenous people and white settlers in Canada, and SLAV, a show that featured African-American slave songs performed by a white singer.

North American co-producers pulled out of Kanata after it was revealed that Lepage hadnt collaborated with Indigenous artists (a Paris production just opened to bad reviews) and people criticized SLAV of cultural appropriation, since its lead and most of its cast were white.

Granted, neither show was going to be performed in Toronto first, but the controversy surrounding the productions cast a pall over Lepages earlier triumphs.

Pre-show land acknowledgements became widespread in 2018. Whether spoken by an actor, a stage manager, a canned announcement or in the program, they helped the audience reflect on the history of the venue, with a message about sharing and preserving it.

While some acknowledgements seemed as perfunctory as that warning to turn off your cellphone, most were heartfelt and sincere, especially when the speakers revealed their own ancestral stories and connections to the land.

Perhaps as a response to the fact that a man who has admitted to pussy-grabbing is in the White House, a series of complex, urgent stories about women dominated our stages this year. From Girls Like That and The 94 Club to The Wolves and Now You See Her, female characters of all stripes kicked major ass. The trend spread to festivals like SummerWorks and Stratford, where shows like Swim Team and Bronte: The World Without made a splash.

Happily, the trend wasnt limited just to theatre. The Second City, drawing on years of female-led sketches, mounted She The People, forever putting to rest the question of whether women are funny.

Both the Dora Mavor Moore Awards and the Toronto Theatre Critics Awards categories will be entirely gender-neutral in 2019, a change thats been a long time coming.

Trans and non-binary performers and writers work in 2018 claimed space on Toronto stages in myriad ways.

Stacey Greggs Scorch, featuring non-binary performer Julie “NIUBOI” Ferguson, was one of the best solo shows of the fall season. Equally encouraging, non-binary performers like Bilal Baig (most recently in Theory at Tarragon Theatre) and Heath V. Salazar (in The Wolves at Crows Theatre) appeared in roles where the character was not explicitly gendered.

The importance of hearing and seeing trans and non-binary stories (and performers) on stage (and screen) cant be emphasized enough, when just last month, the Progressive Conservative convention passed a (non-binding) resolution to debate gender identity theory and its inclusion in Ontario schools in 2019.

Professionally, Gilmours breakthrough year was 2017. The stand-up, who was born without hands or a right leg, won the JFL Homegrown competition last year. But while shes built on that in 2018, headlining at the JFL42 festival, she also devoted considerable time to her #DreamLeg campaign, launched last December, which is raising money for an advanced prosthetic not covered by government funding.

Shes nearly halfway to her target of $100,000, and the down payment was enough that Gilmour was able to debut the leg onstage this fall at JFL42, as well as put it through its paces in a CN Tower stair climb last month.

Along the way, shes garnered considerable media attention for the lack of funding for prosthetics (the War Amps charity, stretched thin, can usually only cover basic replacement limbs), and hopes to turn her personal campaign into a #DreamLeg foundation to offset costs for other amputees.

In a very public and messy breakup, Sky Gilbert, playwright and past artistic director of Buddies in Bad Times Theatre, has severed all ties with them.

It started when Gilbert wrote a blog post directed at trans author Vivek Shraya, chastising the title of her book, Im Afraid of Men. That title is hate, declared Gilbert, following up that statement several days later with a poem entitled Im Afraid of Woke People.

Buddies responded by cancelling a planned reading of an early Gilbert play as part of its 40th anniversary celebrations, replacing it with a long table discussion on intergenerational queer issues.

Gilbert didnt show up in person, but may have been one of many who watched the livestream to see trans, POC and (mostly) younger queer people try to articulate the fear and apprehension they feel due to white supremacy and colonization.

Gilberts response was a letter in which he withdrew the workshop of his opera, Shakespeares Criminal, from Buddies season.

Buddies is no longer a Gay and Lesbian Theatre… Buddies is now a home for people representing a range of intersectional genders and identities, he writes. While Gilbert declared his support for the institutions evolution, he also included a rallying cry for the rights of sex-positive people of all genders, sexualities and colours.

The rift has exposed divisions between older gay activists and artists, and a younger queer generation whose politics are less focused on sexuality and more on genderfluid and intersectional self-expression.

A singer/composer or writer/actor can apply to the Canada Council For The Arts for grants, but a stand-up comedian cant, because stand-up isnt considered an art form?

That oversight led comic Sandra Battaglini to write an open letter to the Prime Minister in 2017 advocating for better support of her industry. The Canadian Association of Stand-Up Comedians, formed in the wake of Battaglinis screed, scored a major symbolic victory this past September when their petition was tabled in the House of Commons by Toronto-Danforth MP Julia Dabrusin. A letter the association received last month from The Minister of Canadian Heritage and Muticulturalism affirms stand-ups can indeed apply for grants as artists.

Moving forward, CASC is working to increase labour mobility for professional stand-ups, and ensure that government funding that does go to comedy Just For Laughs receives over 2 million annually, for instance goes to Canadian talent (American headliners at JFL shows are always paid, while their Canadian openers sometimes only get exposure).

Its an uphill battle for a fledgling association whose prospective members tend to be iconoclasts, but Canadian comics have always punched above our countrys weight hopefully, CASCs efforts will help more of them to do so here at home.

As condos take over every inch of available or under-utilized inch of the downtown core, space continues to be an issue for Toronto dance artists.

Among development related stories we tracked in 2018:

Pia Bouman School for Ballet and Creative Movement has made its home in Parkdale for 40 years, offering classes to local kids and serving as a rehearsal and performance space for the indie dance community. An agreement with the developer of its current location at 6 Noble to re-locate and return post-construction collapsed in 2018. The school is actively fundraising and searching for a new permanent space in Parkdale once their extended lease expires in 2019.

Multidisciplinary artists lost a warm space for experimentation when hub 14 was forced out of its intimate Markham Street home in December (it is not clear what/who is replacing them). Happily, hub 14 just announced new digs around the corner at Queen and Shaw, in an Artscape building.

Canadas dance archives Dance Collection Danse also lost their space near Church and Shuter (the whole block south to Queen is slated for condo re-development). They moved to a smaller office at Carlton and Yonge this month, one without a gallery for exhibits of the collection.

Rumours have been swirling all year about dance at Harbourfront and, specifically, the Fleck, one of Torontos only purpose-built dance theatres, which stopped taking bookings for a time. Not everyone who attends dance shows down by the lake knows that the Fleck is not owned by Harbourfront they lease it from Queens Quay Terminal building owners Northam Realty.

A recent rent hike (the first in 20 years) is challenging Harbourfronts long-term relationship with the venue. In an interview, Chief Programming Officer Iris Nemani reiterated Harbourfronts commitment to programming local dance companies in all Harbourfront Centre theatres. She says bookings at the Fleck are back on through 2020. And Nemani cites a second season for Torque, a new series that mixes international, national and local dance artists, starting in October 2019, an associate dance company program currently in development, and a brand new series of performing arts residencies as just the beginning. Cup half full?