NOW MagazineCultureTheatreBlood Of Our Soil is an ambitious play exploring trauma, displacement and the meaning of home

Blood Of Our Soil is an ambitious play exploring trauma, displacement and the meaning of home

BLOOD OF OUR SOIL by Lianna Makuch (Pyretic Productions, Punctuate! Theatre). At the Tarragon (30 Bridgman). Runs to March 16.. 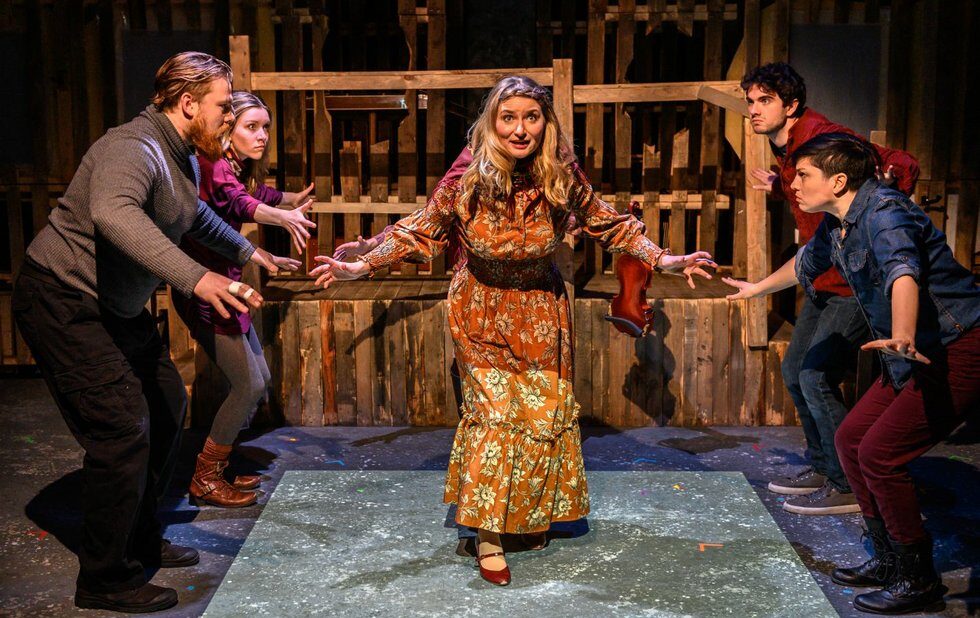 Weaving conflicts past and present and pursuits both personal and political, this Edmonton-based, Kiev-developed production explores trauma, displacement, familial bonds and the meaning of homeland in a place where all hopes for stability are undermined by hegemonic intervention.

If that sounds like a surfeit of themes, its more than matched by the battery of theatrical tools deployed in playwright/actor Lianna Makuchs epic about a young womans journey to war-torn Ukraine to locate a long-lost relative.

Directed by Patrick Lundeen, Blood Of Our Soil unfolds in two distinct parts, the first being a Canada-set monologue in which Makuch takes on the roles of both Hania and Hanias grandmother Kateryna, whos recently been placed in a nursing home and appears to be confusing the violence and chaos afflicting current-day Ukraine with her experiences fleeing Ukraine during the Second World War.

Here, as in the plays second half, Hania is not so much a fully developed protagonist as she is a heroic investigator. Makuch delivers a deluge of text at a consistently high pitch, while her five fellow cast members form a chorus that sings, plays instruments and illustrates Makuchs narration with sometimes very literal-minded actions. Theres also a sprinkling of canned music, and an excess of both sound effects and projections some of which get muddy when beamed on the sets planks of distressed wood. Any one or two of these elements could transmit a great deal of information and emotion, but the combination frequently turns superfluous.

The plays second half, in which Hania traverses conflict zones within Ukraine in search of a great-aunt her grandmother longs to reconnect with, allows the other actors to assume a variety of characters, each of whom impart personal stories of faith and survival upon our heroine, whose own tenacity remains unshakable even when she finds herself within precarious range of land mines and a relentless Russian-led bombing campaign.

Hania has the unusual distinction of being both impassioned and cipher-like. Yet while shes less than convincing as a three-dimensional character, shes highly functional as a conduit for reportage, both informational and intimate, regarding what its like to retain purpose and dignity in a landscape subject to the diabolical dictates of a foreign power and left saturated with the blood of those who endeavour to defend it.