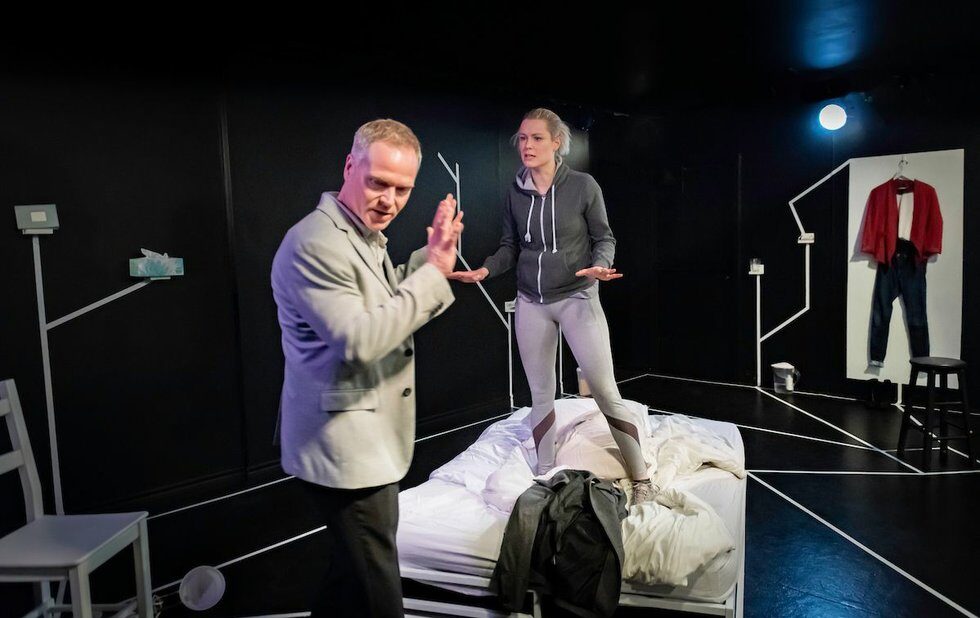 The morning after a drunken one-nighter, the clearly upset Angie (Anne van Leeuwen) accuses Reed (Ryan Hollyman), an older and more settled married man, of assaulting her in bed. He has no idea what shes talking about. Or does he?

Things are complicated by the fact that the two already know each other in a context that I wont spoil. Gradually, the stakes are raised in convincing ways, and by the end, both characters are irrevocably changed. Lavoies script never becomes preachy or one-sided, and its filled with lots of authentic details as well as flashes of humour.

Van Leeuwen, whos onstage before the audience arrives, digs deeply into her character anyone whos experienced trauma will understand her conflicts and Hollyman uses his voice and posture to evoke Reeds shifting take on the situation.

Briskly directed by Cristina Cugliandro, the pairs power imbalance comes across effectively, but its also emphasized by Nancy Anne Perrins design, which sets up various borders and boundaries, and the spot-on costumes.

The play comes with a content warning make sure you leave time to talk about its urgent themes afterwards.