NOW MagazineCultureTheatreCalpurnia will make you laugh, think and shift uncomfortably in your seat

Calpurnia will make you laugh, think and shift uncomfortably in your seat 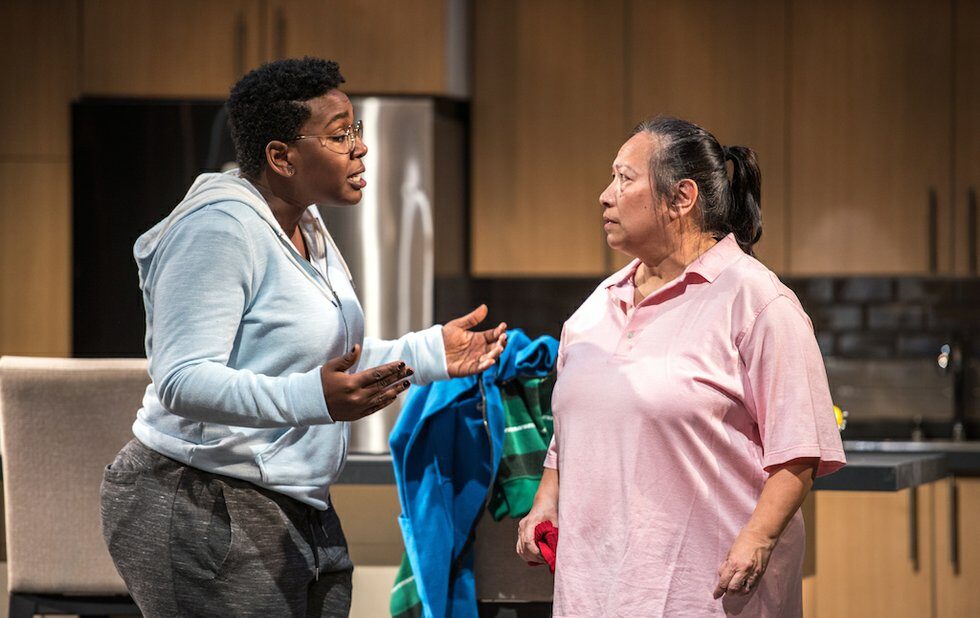 Mr. Shi And His Lover

Race politics, class differences and one of the most beloved novels of our time get savagely skewered in Calpurnia, Audrey Dwyers new sure-to-sell-out play that will get you laughing, thinking and (occasionally) shifting uncomfortably in your seat.

Twenty-something Black woman Julie (Meghan Swaby), an aspiring screenwriter who still lives in the Forest Hill home of her judge father, Lawrence (Andrew Moodie), is drafting a script about the eponymous Black cook character in Harper Lees To Kill A Mockingbird.

But as Mark (Matthew Brown), her rising-lawyer brother, points out, Julie’s not “Black enough” she has no Black friends and doesnt know the first thing about domestic work. So, as the familys Filipina housekeeper, Precy (Carolyn Fe), works her ass off preparing for a dinner that night in which Lawrences law-firm-owning friend, James (Don Allison), is a guest, Julie quizzes the woman about her life.

Theres a disconnect between Julies cluelessness about Precy and what happens later in the play (which should not be spoiled), but thats a quibble. Dwyer, who also directs, raises the stakes carefully, economically layering in character backstory and at some points having so much going on that youll be looking at every character to see their reactions to bits of dialogue. (The stadium seating on either side of the stage, tennis-match style, works beautifully for this.)

Each member of the cast is fully committed to this 90-minute ride. Moodies confident, breezy air masks insecurities about his own humble origins, while Allisons every pronouncement drips with cultural assumptions. Funniest is Natasha Greenblatt as Christine, Marks girlfriend whos a chatty bundle of self-awareness and sensitivity.

But the most watchable character is Fes Precy, who of course models Calpurnia in the same way the family models the other characters in Lees novel. Devout, dignified and capable of suggesting lots with a deadly look across Anna Treuschs naturalistic, tasteful set, Fe is the plays heart and soul.

This co-production between Nightwood Theatre and Sulong Theatre is destined to be one of the most talked-about shows of the season. Dont miss it.