ASKING FOR IT by Ellie Moon (An In Association production, in association with Crow's, Nightwood and Necessary Angel). At Streetcar. 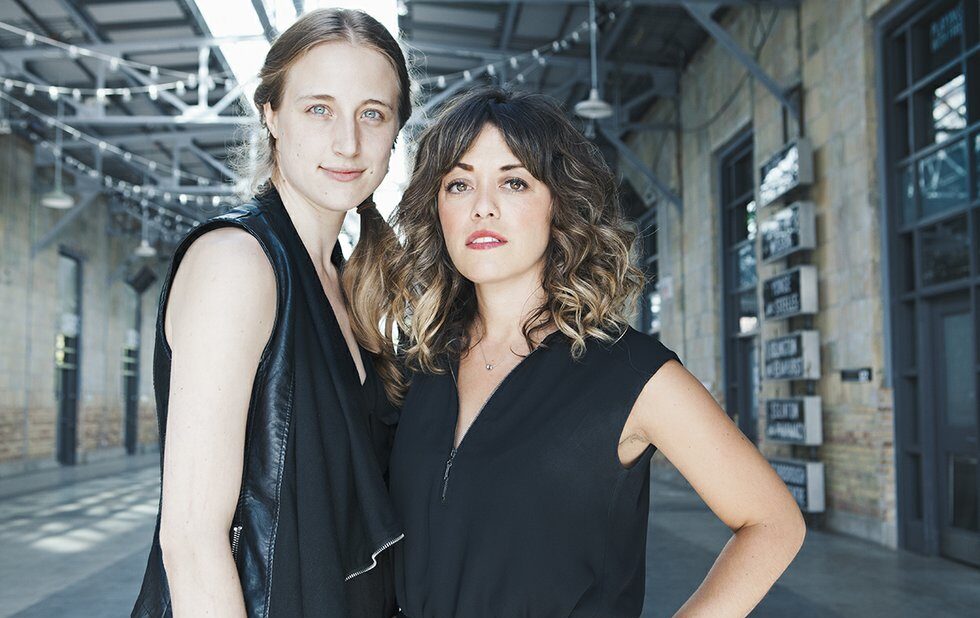 Rose Napoli and Ellie Moon are nervous and they should be. Theyve both written challenging and very different new plays about intimacy and consent and are preparing for public debates about the issues.

Plainly, were experiencing a moment when sexual assault is preoccupying theatre artists like never before. Last year, Anita Majumdars Dora Award-winning Boys With Cars took a clear-eyed view of machismo, and the 2018 Next Stage Festival features Alix Soblers Jonno, inspired by the trial of Jian Ghomeshi.

But where Boys With Cars currently part of The Fish Eyes Trilogy at the Factory is pointed in its expose of mens propensity to violence and Jonno sees the Ghomeshi-like character as a predator, Napoli and Rose have more complicated agendas.

You felt my sweaty palms when you shook my hand so you know how I feel, says an anxious Moon, author of Asking For It, a documentary-style play that mines her conversations with people fascinated by the trial of Ghomeshi. Some of them say things that will outrage audiences.

In Napolis two-hander inspired by her stints working as a youth worker and teacher 25-year-old Laura revisits her experience as a 15-year-old who slept with her high school English teacher Alan Wells. Napolis clear that she wants to humanize both participants in the episode.

In early drafts I refer to it as a love story, says Napoli. I think its possible that things can be simultaneously good and very bad for you. Im more interested in the complication of that than I am in a pedophile whos a predator and a horrible human being and has no love and affection for the girl. I wanted the young woman to have a voice, but I wanted to embrace the truth of both sides.

She does think Mr. Wells should be accountable for his actions.

The important thing is that shes 15 and living in a world thats instructed her to believe that the only currency she has is her body. The play is about a woman 10 years later realizing the truth of what happened to her, and realizing the truth about power she was not the person to make the call because she was a child.

Complexity, adds Moon, is something weve stopped looking at.

Our worlds are arranged algorithmically and weve lost a tolerance for complexity and its easy to slap something on to something, she says. But that complexity doesnt negate the fact that sexual assault is sexual assault.

While their plays have wildly different aesthetics, both women are extremely articulate playwrights who sense the risks theyre taking with their new works.

Sparked by the Ghomeshi trial, Moons intention is to investigate non-consensual acts of violence in an intimate setting.

These are things Id never considered sexual assault, she explains, and that realization sparked candid and informing conversations.

Complexity doesnt frighten her as an artist, and ultimately, she says, the complicated experience of creating art can mirror sexual experience.

In art, you pick collaborators who are going to challenge you and provoke you and you trust them to take you to places you dont know where youre going to go and thats a lot like sex.

Shes also brave enough to present herself as part of the conversation.

Sex requires vulnerability, risk and curiosity. As a young woman, how do you embrace that vulnerability and still stay safe? Im so exposed in this play. Is it power? Is it vulnerability? Is it both?

Both writers are enthusiastic participants in panels at Nightwood Theatres Consent symposium on October 15 where they can personally engage with varying perspectives on consent.

Ideally, two people will come, a parent and their child, say, and my play will give them a new vocabulary, says Moon. Its personally revealing and goes into detail precisely so that people can reflect on those details without having to reveal their own lives.

Whats unique about this event, says Napoli, is that these two plays are very different pieces of theatre and yet there are so many lines of connection under the blanket of consent. I hope people embrace the joy of that.