NOW MagazineCultureTheatreCottagers And Indians is light and entertaining, but lacks tension

Cottagers And Indians is light and entertaining, but lacks tension 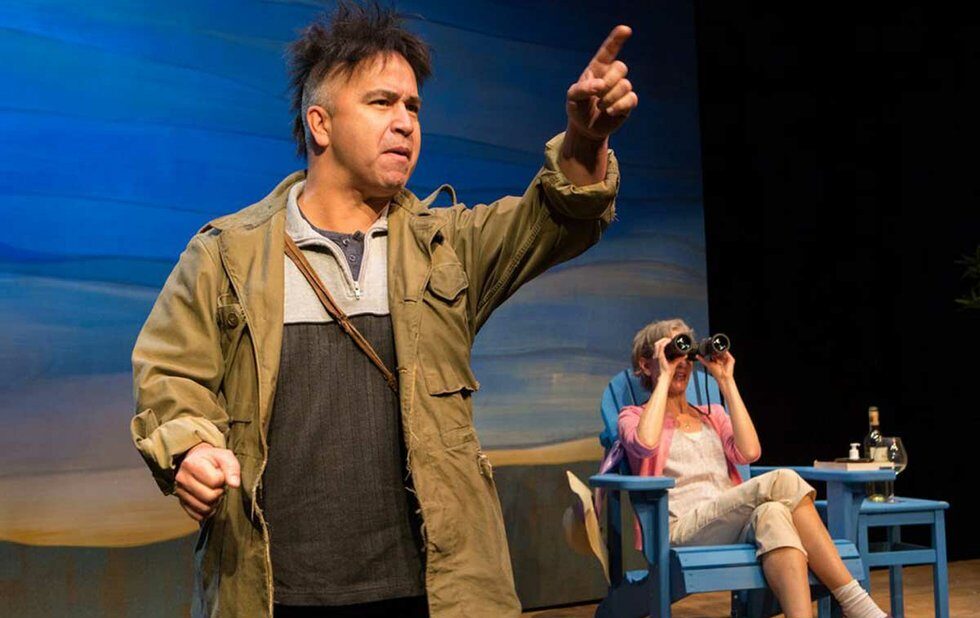 The play is based on current disputes over harvesting wild rice on Pigeon, Chemong and Buckhorn Lakes. Though well acted, Taylors play portrays the dispute as a comedy by making the Cottager a caricatured bigot and giving the sample Indian all the funny lines.

Under Patti Shaughnessys direction, the affable Arthur Copper (Herbie Barnes), an Anishinaabe from the area, remains on the watery half of Robin Fishers lakeside set while his opponent, the brittle Maureen Poole (Tracey Hoyt), an upper middle-class woman from North York, remains on her half, a cottage deck.

Pooles dispute with Copper is that his wild rice plants fill the lake and make swimming or boating impossible while also lowering her propertys value. Coppers view is that he is simply reviving a practice of his ancestors that provides his people with a healthier diet.

Poole and Copper alternate monologues as they explain the history of their conflict. Humour arises in three ways. One is from Coppers satire of white city folk who want to get back to nature to centre themselves, if only for a few weekends per year, while he lives with nature every day.

Another is from Taylors portrait of Poole as a fool who insists that she is not prejudiced (shes seen Dances With Wolves!) when, in fact, her prejudice is so ingrained she cant see it.

Best, though, is the humour that comes breaking theatrical convention by allowing each character to hear and comment on the others monologues though they are spoken directly to the audience.

Theatre-goers whove chosen to see a show with this title know what the right side of this dispute is within the first 10 minutes. So its unnecessary for Taylor to skew the fight by making Poole into the comic caricature of a privileged white woman to contrast with the fully rounded character of an Indigenous man.

Since the outcome of the dispute is not in doubt, there is no real tension. We leave likely thinking the same as when we entered: that white privilege and sentimentality are no match for First Nations practicality and the preservation of ancient tradition.