THE CURIOUS INCIDENT OF THE DOG IN THE NIGHT-TIME by Simon Stephens based on the novel by Mark Haddon (Mirvish).. 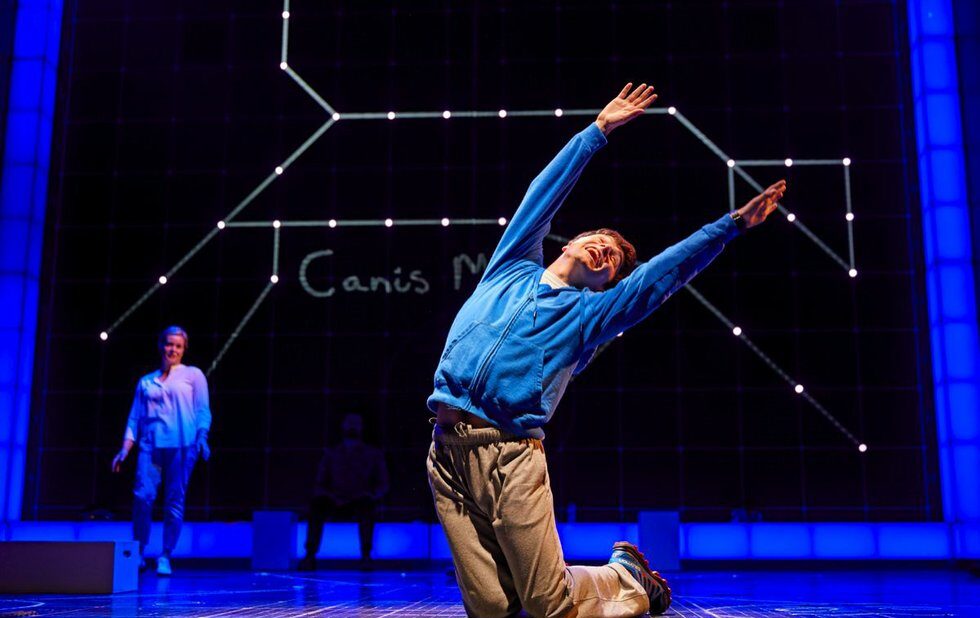 THE CURIOUS INCIDENT OF THE DOG IN THE NIGHT-TIME by Simon Stephens based on the novel by Mark Haddon (Mirvish). At Princess of Wales (300 King West). $38-$149. Runs to November 19. See Continuing. mirvish.com. Rating: NNNNN

Based on the 2013 smash-hit novel of the same name, The Curious Incident Of The Dog In The Night-time tells the story of 15-year-old Christopher Boone (an exceptional Joshua Jenkins), who finds himself thrust into the unlikely role of pet detective. Christopher thinks differently than other people: he gets math but not metaphors, which makes the real mystery at the heart of the play much less about a neighbours dead dog than the inscrutable complexities of human behaviour.

What follows is a genre-defying exploration of logic and love and how the two so rarely meet. Yes, this is a play with technical wizardry, but more than anything it has a real, beating heart. Curious Dog is compassionate but never patronizing, clever without airs, and candidly imagines the life of a unique boy on the cusp of whatever comes next.

Relationships are the core of the piece, and each characters connection to Christopher is rich and specific thanks to Marianne Elliotts clear direction, Simon Stephenss smart and funny script, and triumphant performances by the whole cast. Everyone has their own way of connecting with Christopher, and these negotiations inject the piece with enormous character. Julie Hale is magnanimous as Christophers school mentor Siobhan, and David Michaels plays his struggling father with an affecting tenderness. The cast, including a sharp ensemble playing multiple parts, brings every scene to life in a flash.

At the centre of it all is Joshua Jenkinss Christopher. Its a highly physical role with intricate language and giant emotional scope, and Jenkins is breathtaking. His performance is never an impression, but a real exploration of a fascinating character with a significant story arc.

Equal praise goes to the creative team, who contribute just as much as the performers. Designer Bunny Christie gives us a deceptively simple set bursting with potential. Its the blank space where Christopher maps out his thoughts and makes sense of the world with chalk, light and plenty of other surprises.

Its such a triumph that the entire audience stayed past the curtain call to watch Christopher answer a math problem. Is there any higher compliment?