NOW MagazineCultureTheatreDate Me: Next Stage Festival

Date Me: Next Stage Festival

Make a date to see some solid improv 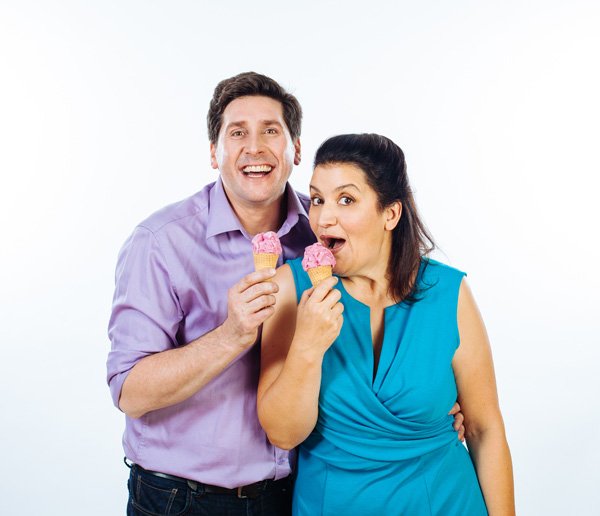 Improv veterans Ted Hallett and Lisa Merchant assume the identities of two randomly selected online daters and then go on a first date at a place suggested by the audience.

It’s a fascinating idea – the computer-generated selection of the profiles, complete with photos, is a mini drama in itself – and long-time collaborators Hallett and Merchant have fun with the concept.

On opening night, with the anonymously provided suggestion of Pimm’s, Ontario (?) as a location, Merchant in particular was in fine form, riffing on her character’s affection for her mother, knitting and Disneyworld. At times she was like a tragic Tennessee Williams heroine, trying to navigate the world after being isolated for a long time but shyly open to new experiences.

Alas, Hallett didn’t have as much to offer. Perhaps he was hampered by his profile, a lonelyhearts guy whose description of himself was full of clichés and one whopper of a typo (“friendlily”). I kept hoping Hallett would insert that word into the conversation, or maybe discuss his love of the movie Wall Street (his online picture featured him in red suspenders).

But apart from a bit about wanting babies – which caused some funny confusion between the two characters (“What kind of babies?”) – and perspiring a lot, Hallett didn’t ground his character in enough detail for us to care where the scene was going.

The two did cleverly comment on small-town clichés, playing with space well and even integrating the sound of an outside siren into their date. But I know they can do better. And a live bass player (musical director Jason O’Brien) is also underused.

Chalk it up to first-show jitters.

May the company’s second and subsequent blind dates – directed by Melody Johnson – offer up more of a love connection with the audience.