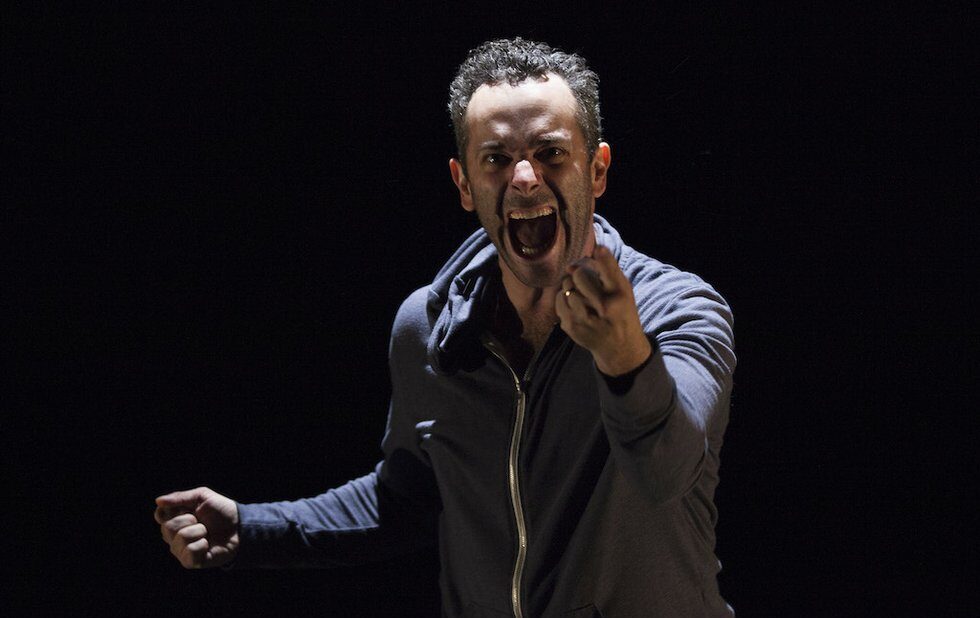 This remount of Adam Lazaruss disturbing solo confessional, which debuted at SummerWorks in 2016, could not be timelier.

With the unacceptable behaviour of so many powerful men finally coming to light in the wake of the sexual assault allegations against Harvey Weinstein, this dark and brutally honest examination of one mans misdeeds and shortcomings as a friend, partner, and parent now serves as a potent provocation in the wider conversation about men, sex and power.

Just to be clear, Lazaruss stark self-assessment doesnt include sexual assault, but plenty of other shady and shocking sexual dealings, violent acts, selfish choices and other admissions that are likely to fall outside the grey area of personal morality.

Framed as an autobiographical collection of funny-until-theyre-not stories about the challenges of parenthood, Lazarus starts things off light and comedic by recreating the bouncy living room dance parties his young daughter enjoys. Rocking out to pop hits wearing a headband and sparkly butterfly wings, he initially presents himself as a fun, affable, woke dad.

But in each successive story he takes one step down the moral staircase, challenging the audience to constantly reassess their impression of him, and eventually draw a line.

A strong performer who can go from easy-going to wide-eyed intensity in a heartbeat, Lazarus, as directed by Ann-Marie Kerr, comes across as likeable and relatable like a close friend spinning self-deprecating yarns a deft trick that adds oomph to the gut-punches that follow, and highlights the fact that many of the famous men who had their offensive behaviour made public didnt seem like creeps on the surface.

The content of these stories, especially toward the shows climax, might be too much for some (there was audible weeping from the audience in the performance I saw), but Lazaruss truth-telling is valuable to witness for those who can.