Drink Of Choice is an innovative solo show about oversharing 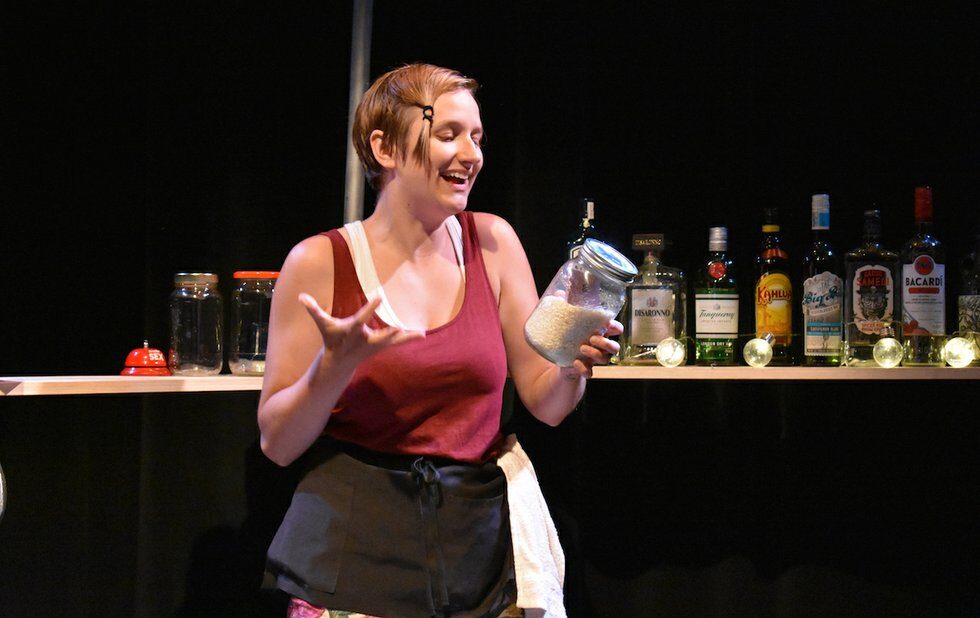 The audience members seated at bistro tables in the front row hold more power than usual. That’s because Drink Of Choice is partly a choose-your-own-adventure affair: the cocktails people order from the Bartender (playwright/creator Holly Wyder) impact how this comedic solo show will unfold. Each specific drink triggers potential stories and plot twists, which means every performance is different.

Set in a Toronto bar, Wyder’s unnamed Bartender rambles about her love life, sexual identity, social media, struggles with mental health and insecurities about her future, while occasionally asking personal questions. (Front-row audience members have cue cards indicating whether they want to participate.)

The Bartender spends a lot of time obsessing over an ex-lover and lamenting the pitfalls of modern dating, like anxiously awaiting text messages and the differences between relationships and casual hook-ups. At times her existential monologues about social media can feel trite, but it also speaks to the character’s deep desire for meaningful connection.

Wyder is a dynamic actor – she frequently yo-yos between playing the frazzled barkeep prone to oversharing and imitating the array of characters that make up the her life and psyche, including a caring but aloof roommate, a hyper-masculine older suitor and an emo teen personifying depression. Directed by Amanda Cordner, Wyder leaps and bounces across the stage, and her physicality and ability to perform a range of voices often gets the biggest laughs.

But the fast pace also means the show can feel scattered, as Wyder jumps between scenes, characters and overarching themes. The Bartender talks candidly about being asexual and how that makes dating extremely difficult. It’s a topic that’s rarely discussed in the media (in one monologue, she mentions she’s only seen one asexual character on screen, in BoJack Horseman) and I wish the show went deeper in exploring that experience.

Originally performed at Fringe this past summer, Drink Of Choice shows that Wyder’s a versatile performer with comedic chops, and sharpening the script will make this show even stronger.