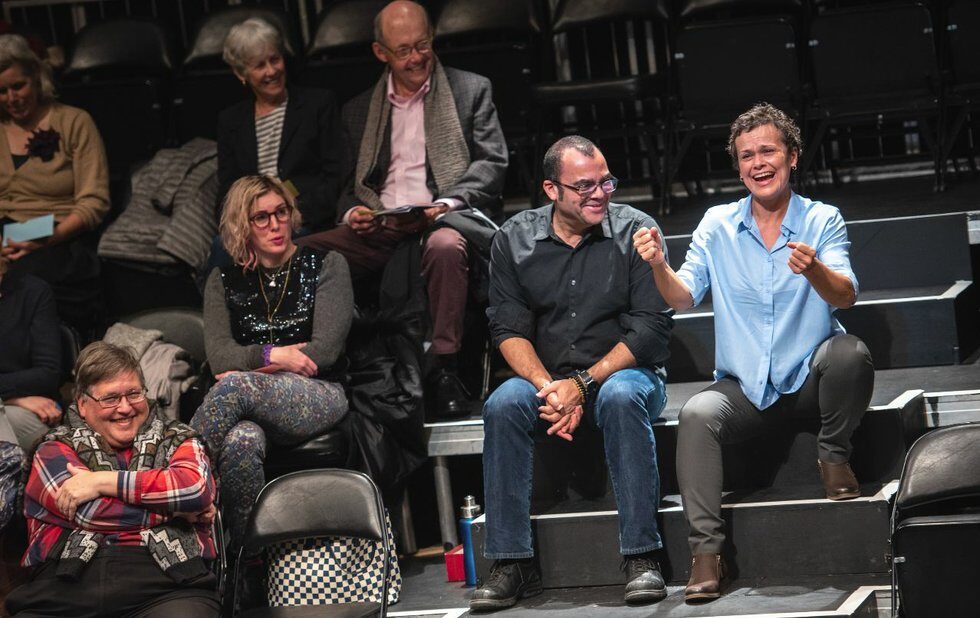 Plays rarely exploit the fact that an audience is watching them, except to have an actor occasionally break the fourth wall. But Duncan Macmillans remarkable Every Brilliant Thing goes way beyond that. We in the audience play a key role in the telling of the story, and our presence enhances the works main themes.

Kristen Thomson plays an unnamed character who, it turns out, has a family history of mental illness. She was seven years old when her mother first attempted suicide, and 17 when her mom tried again. She would later deal with depression herself.

As a child, she concocted a list referenced in the shows title of things that she loved. That catalogue, which included things like ice cream and the colour yellow, expanded over the years to include more mature and even abstract things and became, we can intuit, an ongoing affirmation of life.

Heres the novelty: before the show begins, Thomson distributes numbered pieces of paper representing items from that list to random audience members to be read out loud during the show.

And once the play begins, she chooses people to stand in for various characters: the vet who gently put her childhood dog to sleep her father explaining her moms first suicide attempt to her a sympathetic teacher who used a sock puppet to communicate her first boyfriend.

This isnt nearly as twee as it sounds. By participating we forge a connection with Thomsons character and we become a part of her world. We share and witness things that, dealt with alone, could be and often are devastating and overwhelming.

Brendan Healys production his first directing of a Canadian Stage show since taking over the artistic reins is richly atmospheric, Steve Lucass lighting and Richard Ferens sound design singling out vivid moments in the in-the-round staging.

Thomson is an engaging and empathetic performer, carefully navigating every step of her characters journey (at one point she turns TV talk show host and runs up and down aisles with a microphone) and grounded enough to make her improvised interactions with the audience with us feel genuine.

Much like Macmillans Lungs, presented here a few years ago, Every Brilliant Thing doesnt offer up a traditional narrative. The brilliant things, besides telling us about the characters life, say a lot about what it means to be human.

And if thats not the essence of great theatre, I dont know what is.