In response to Soulpepper artistic director Albert Schultz's resignation in the wake of sexual misconduct allegations, the four senior artists. 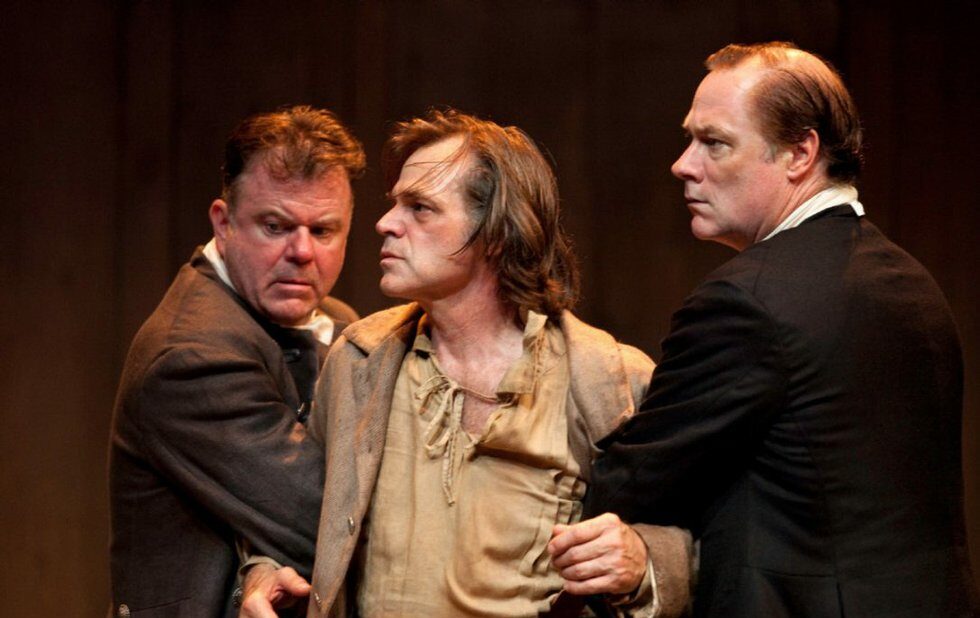 In response to Soulpepper artistic director Albert Schultz’s resignation in the wake of sexual misconduct allegations, the four senior artists who left the theatre company have issued a new statement.

On Thursday, January 4, Ted Dykstra, Stuart Hughes, Michelle Monteith and Rick Roberts appeared at a press conference alongside the four plaintiffs after announcing they had stepped down in solidarity with Hannah Miller, Patricia Fagan, Kristin Booth and Diana Bentley.

A day earlier, the four women made national headlines by filing civil lawsuits against Schultz and Soulpepper.

Our primary concern is to stay focused on standing with the women who came forward this week as they continue their battle with the ongoing litigation,” they said in a statement issued by the plaintiffs’ law firm, St. Lawrence Barristers LLP. “We vow to stand with them and any others who may come forward and to help them in every way we can.

“The change in artistic direction, led by Alan Dilworth, is the first step in creating a safe environment at Soulpepper, where abuse and harassment is not tolerated,” they continued. “We look forward to seeing more steps in the coming days and weeks in order to allow Soulpepper to continue and thrive. Onward.

Hughes and Monteith were set to star in Soulpepper’s March production of Idomeneus, directed by acting artistic director Alan Dilworth, while Dykstra was supposed to appear in A Chorus Of Disapproval in May, a production that was to have been directed by Schultz.

After the allegations came to light on January 3, Soulpepper’s board of directors announced it instructed Schultz, who said he plans to “vehemently” defend himself, to step aside during the investigation. However, he resigned a day later.

According to lawsuits, the allegations included unwanted groping, kissing, slapping and exposing himself over a 13-year period. The suits also name the company, alleging Schultzs methods were facilitated by Soulpepper.

The actors are seeking damages totalling $4.25 million from Soulpepper and $3.6 million from Schultz. The claims have not been proven in court.