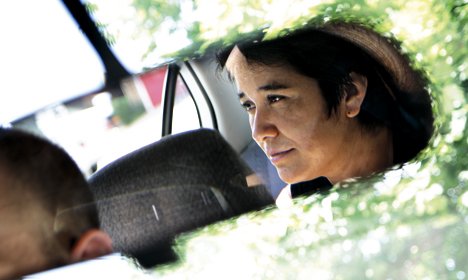 T.O.’s largest theatre fest wraps this weekend, so choose wisely from the 145 shows. Here are the best reviewed productions. The rest of the reviews can be read over here.

Clown duo Morro (Heather Marie ­Annis) and Jasp (Amy Lee), regulars at the KidsVenue, have produced their best show yet: an eco-tainment piece about environmental issues that’s both funny and informational.

The bossy Jasp has written a book about going green, and it’s up to Morro to point out that the idea isn’t to wear green clothes, dye your pets green or eat green food. (Jasp admits she doesn’t much like broccoli.)

The work’s success mostly arises from the great chemistry between the red-nosed performers, working with co-creator/director Byron Laviolette and a squadron of audience volunteers.JK

Greg Landucci earns stadium-sized laughs in this solo show about the travails of an aspiring disc jockey who ends up wasting his time as the titular mascot for CFOX, a brash populist Vancouver radio station.

Under T.J. Dawe’s tight direction, Landucci slips into his various characters with ease and makes good use of the space, even venturing out into the audience for a few in-character high-fives and waves.

Though the show could benefit from more emotional depth, Landucci is an electric performer with a dangerous edge. You’ll never look at a furry mascot the same way again, especially at an amusement park.GS

Full of believable sentiment but never sentimental, Kate Hewlett’s romantic, bittersweet comedy about a husband and wife (Andrew Pifko and Janet Porter), his mother (Kyra Har­per) and the wife’s possible next­partner (Christopher Stanton) quickly involves us with its clever dialogue and emotional truths.

The piece opens at the husband’s 40th birthday party, and we keep­returning to that event, where songs fill in an emotional subtext for the married couple. Additional character development would tighten the admirable, surprise-filled script even further.JK

A Dublin man recounts his three-day sex-and-liquor binge in Conor McPherson’s monologue, a script that chronicles the train wreck of the man’s professional and married life.

McPherson’s a master storyteller, and here he captures the soul of a man who knows that the next step after getting his paycheque is getting pissed with his mates. The narrator’s adventures become a blurred blend of pubs, parties, snogs and fights.

Under director Shaun McComb, Matthew Gorman plays the man with just the right blend of zest, humour and underlying sadness.JK

Two slackers in a small Ontario town dream of stardom when the TV game show How Dare You Knock On My Door selects contestants from among the bored townsfolk.

Playwright/composer Kathy Anderson’s high-spirited, tongue-in-cheek musical is full of subtle and not-so-subtle jokes, most of them funny. They’re all played energetically under Kevin Shea’s direction by the large and talented cast, which includes a number of recent Ryerson theatre grads.

The fun’s so infectious, it doesn’t matter that most of the cast shouldn’t put “singer” on their resumés.JK

In the first, a wealthy man’s workaholic daughter must take over the business just as she learns some shattering family secrets. In the second, two people fall in love at a questionable time in their lives.

Poignant, forthright and sometimes funny, the performers make a huge emotional impact with only a few props and sound and lighting effects.DF-G

Easily trumping all Canadian content currently on the Comedy Network, this all-?female sketch comedy show is 60 minutes of rapid-?fire hilarity.

Memorable skits include CNN’s Christiane Amanpour reporting on the “homeless problem” in upscale Hollywood, someone trying to navigate an automated suicide prevention hotline and the story of a gay raccoon who’s addicted to crystal meth.

With recurring references to Toronto in-?jokes (like the dancers in the windows at MissBehav’N, and date rapists at the Brunny), Hung To Dry is local young comedy at its coolest.JB

This fresh three-hander sheds light on the secret history of three extraordinary 20th-century heroines whose contributions to science and sports were hijacked and covered up by the men around them.

The nearly forgotten stories of Wally Funk (one of America’s 13 FLATs, or first lady astronaut trainees), Jackie Mitchell (a pitcher who struck out Babe Ruth) and Rosalind Franklin (a scientist who influenced Watson and Crick) are creatively dramatized by Julia Course, Brooke Erica Isaacs and Nicolina Lanni in a fun and enlightening way, proving that these gals have the right stuff.JB