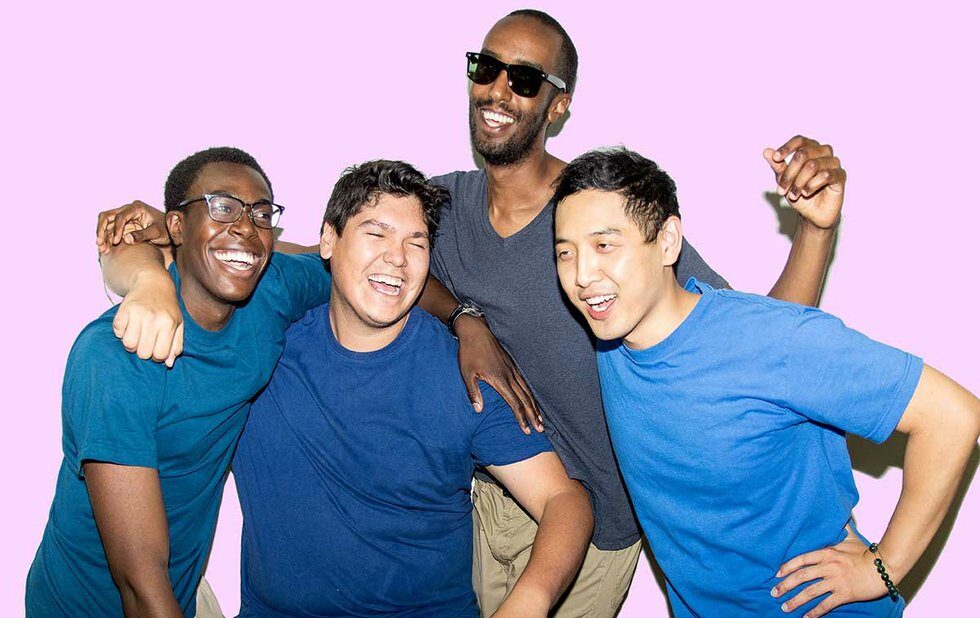 Comedy troupe TallBoyz II Men bring us sketches on intersectionality without ever feeling too preachy. Somehow they manage to be Whose Line Is it Anyway for people of colour and In Living Color for white people.

Think ethnically diverse comedy boy band made up of all those kids picked last in gym class. De facto leader Tim Blair is covered in sweat, but it aint flop. His absolute commitment to the absurd scenarios had me in stitches. The skits vacillate between bro humour and political satire so fast you wont even realize you that youve been guffawing at police brutality for 10 minutes.

While mostly scripted, the performers liberally intersperse improv wherever they see fit. Literal standout Guled Abdi at 6’8″ towers over his peers while keeping things grounded. Sure, those “Yo momma” jokes absolutely kill, but what sticks with me most is his monologue on representation.

Affirmative action isn’t enough to warrant a six N review (which doesn’t even exist, anyway), but the TallBoyz raw talent is well worth your money. Considering their awards at the Toronto Sketch Fest and the eponymous Colin Mochrie Improv award youll want to catch them before they blow up.