Fringe review: Anatomy Of A Dancer

ANATOMY OF A DANCER choreographed by Adam Martino (Breakaway Entertainment). At the Al Green Theatre. July 7 at 5:15 pm,. 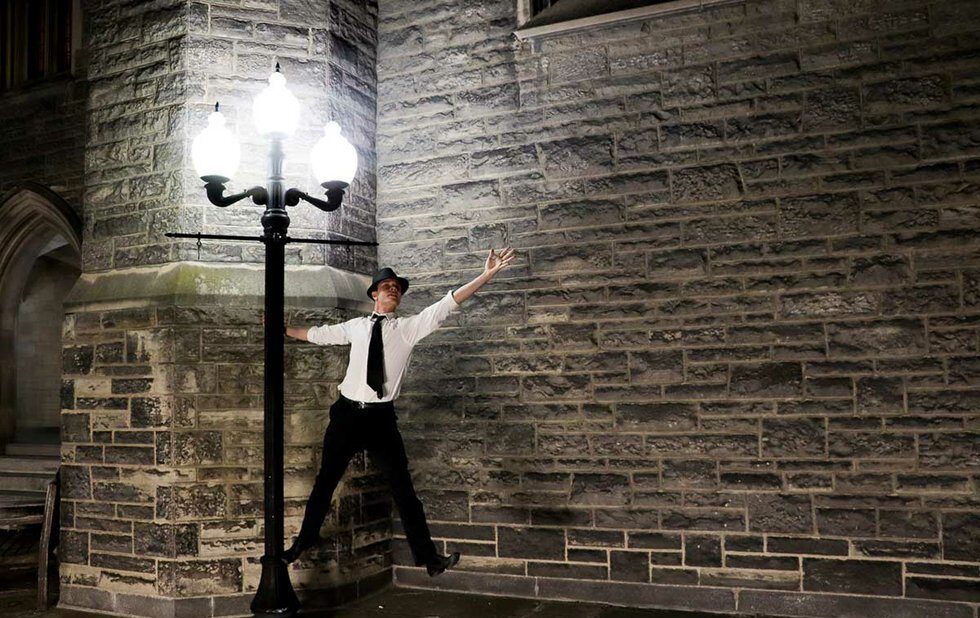 Fans of Hollywood musicals such as An American in Paris will likely love this overly sincere homage to ultimate song and dance man Gene Kelly.

Singer/actors Robbie Fenton and Maddison Hayes-Crook introduce a series of numbers that loosely follow Kellys career path from his early days at the family dance studio in Pittsburgh to his glory days on the silver screen during the 40s and 50s.

Although the production doesnt shed much light on exactly what made Kelly so great, the cast does a pretty good technical job re-interpreting numbers from classics like Singin In The Rain and I Got Rhythm, as well as other iconic numbers from the era like Cheek To Cheek from Top Hat (which starred Kellys rival Fred Astaire) and Charlie Chaplins Smile.

On opening night, staging issues sent performers dancing behind the wings, and there were a few wobbly dance lifts and poses. But the action is smartly constructed the ensemble numbers genuinely rousing, and the Kelly canon is nothing if not toe-tapping.