Fringe review: Ashley With a “Y” 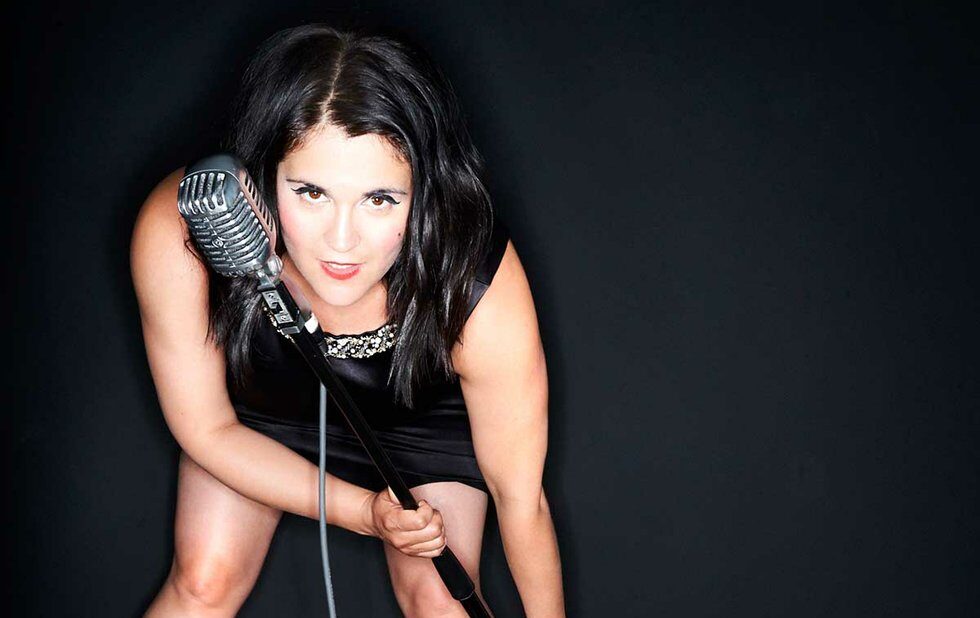 Returning mainstage member Stacey McGunnigle slays in one of the show's many showstoppers.

I’ve always known that improv, when done well, could be funny and spontaneous and as entertaining as any scripted show. But it took Ashley Botting and her solo musical cabaret to show me its full potential as a way to shine light on the human condition. Hers is artistry of the highest order.

At the opening performance of Ashley With A “Y”, which deserves to be a regular show, Botting, taking her cue for each song from written and spoken suggestions from the audience, drew from life experience to sing about a childhood operation (and being rewarded with ice cream), people who show up late, wanting her nephew to meet her artist friends so he won’t grow up boring, and being a woman and standing up for equal pay for equal work.

Beautifully accompanied on keyboards by Scott White watching the two negotiate tempi at the start of a song is part of the fun Botting infuses her catchy songs with telling details, clever rhymes and a lot of heart. Nowhere was this clearer than in one of her final songs, about how an expensive dinner with an ex was special not because of the food (which she couldn’t remember) but because she was with him, a foodie, and he was enjoying himself so much.

Other improvised numbers included a delicate lullaby, a ditty about wanting to hear only good news and a persuasive and funny song about why she loves the Fringe. (I hope someone recorded it it’s so good it could be used as a marketing tool.)

Underlying the entire show, assistant directed by Jan Caruana, is the philosophy that improvising things and embracing change should be part of an interesting life. “If you only walk in straight lines, you’ll never learn how to dance,” goes a lyric from the set opening number.

May the fearless, endlessly entertaining Botting continue to show us her dance moves for decades to come.