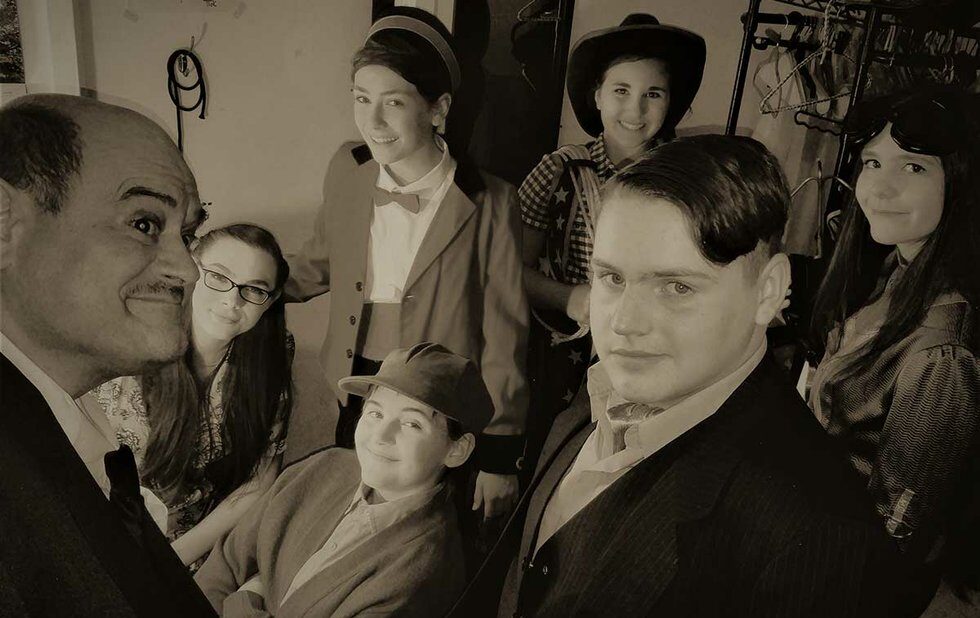 Derek Kregg Weatherdon takes a unique approach to discussing a persons purpose and value in life all through a meeting of superhero sidekicks.

Its 1949, and the worlds greatest superheroes are forming a super team in the lobby of a hotel. Meanwhile, their used and abused sidekicks find themselves together in an upstairs hotel suite, and a conversation unfolds about their role as sidekicks and how they became them in the first place.

The limited stage space is completely transformed with only two couches decked in velour and windows looking out over a cartoon city in true comic book fashion. Lights come on, and an old radio set sits centre stage blaring a news announcement about the superheroes.

The cast is comprised of six young actors between the ages of 13 to 15 and one middle-aged man. Their talent and performance work well as a whole. Over the course of 55 minutes, each character takes turns detailing their backstory narrative until you find yourself completely invested in their lives.