Fringe review: Carpe Into My DMs 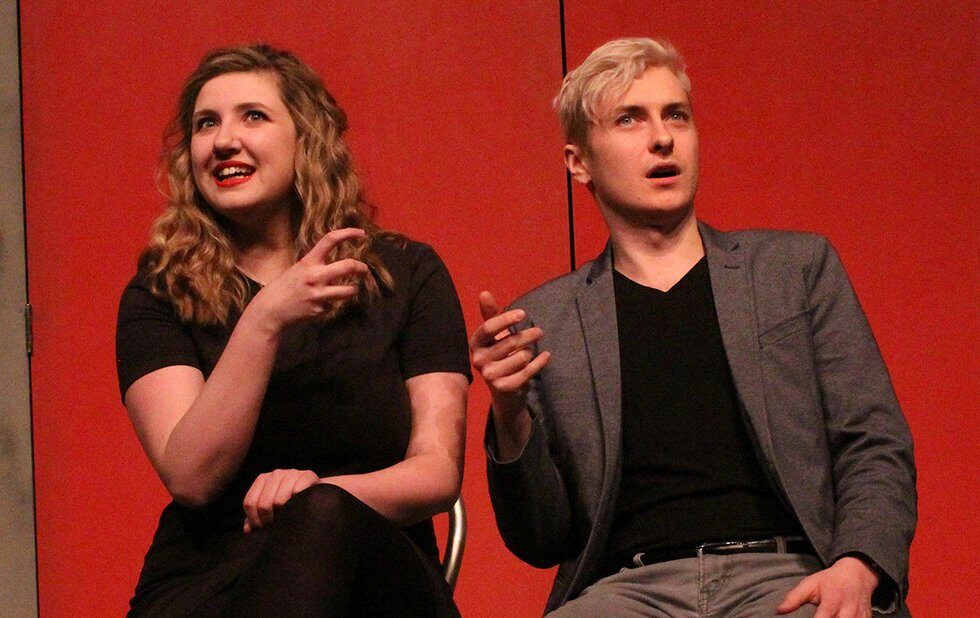 There’s lots of sharp writing and some lively acting in the sketch revue Carpe Into My DMs, even if not every sketch lands.

The cavernous Al Green Theatre with its huge gap between audience and stage isn’t the most intimate venue for sketch, particularly for a troupe like this that has perhaps four too many members (there’s little chance for individual personalities to emerge, and the level of performance is uneven).

That said, there are plenty of polished scenes. One satirizes the extremes of the shared economy. Another takes a corporate team-building exercise to absurd lengths. And a sketch about racism in Niagara-on-the-Lake is right on point.

As with many newish troupes, several sketches begin well then don’t know how to end. But there are enough off-kilter observations and fresh line readings by Cihang Ma, Danny Avila, Lauren Greenwood and Renee Strasfeld to give this show, directed by Second City alum Alastair Forbes, a recommendation.