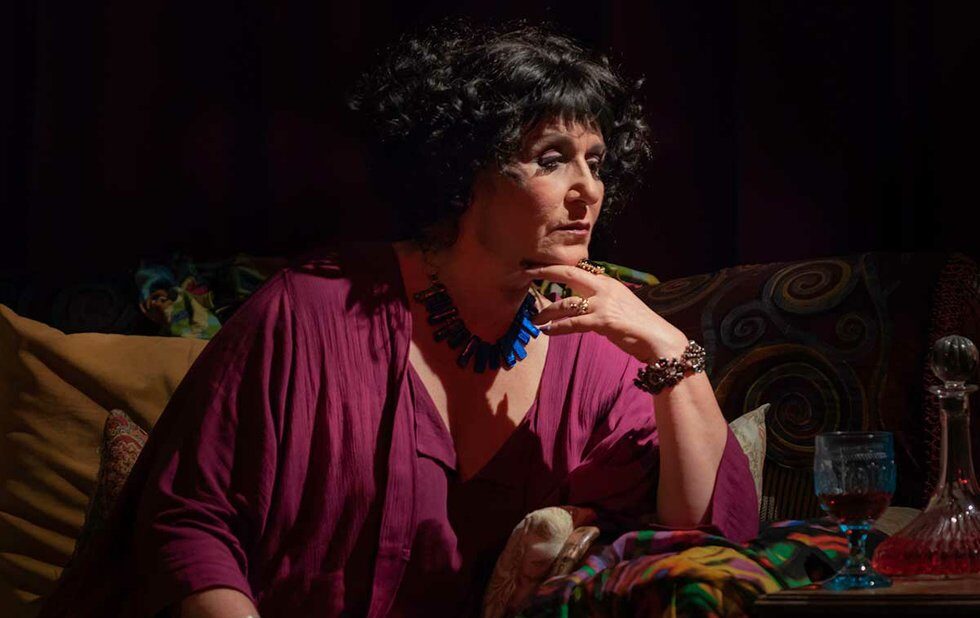 There’s no reason for Sky Gilbert‘s Cheri an irreverent, free-floating contemporary adaptation of Colette‘s novels to be a musical. The songs, by Dustin Peters, who also plays piano, are perfunctory and interrupt the show’s momentum.

The main reason to attend this show is to see Theresa Tova in a rare lead performance. Playing Lea, a former courtesan (a term she cleverly deconstructs early on) obsessed with aging and men, Tova rips into the role, seductively lounging on a sofa, assessing herself in a mirror and regaling us with stories of Lea’s colourful past.

Always focused, Tova makes every pronouncement feel true, even details that exist way beyond Colette’s lifetime, like references to Susan Sontag or, for some reason, an unnamed Canadian female actor who starred in a Law & Order-like show and once wore a dress with an inappropriately low neckline.

Flirtatious, vain and tough as nails, Tova’s Lea is a fascinating creature who deserves an hour or more to herself, sans music and co-star.