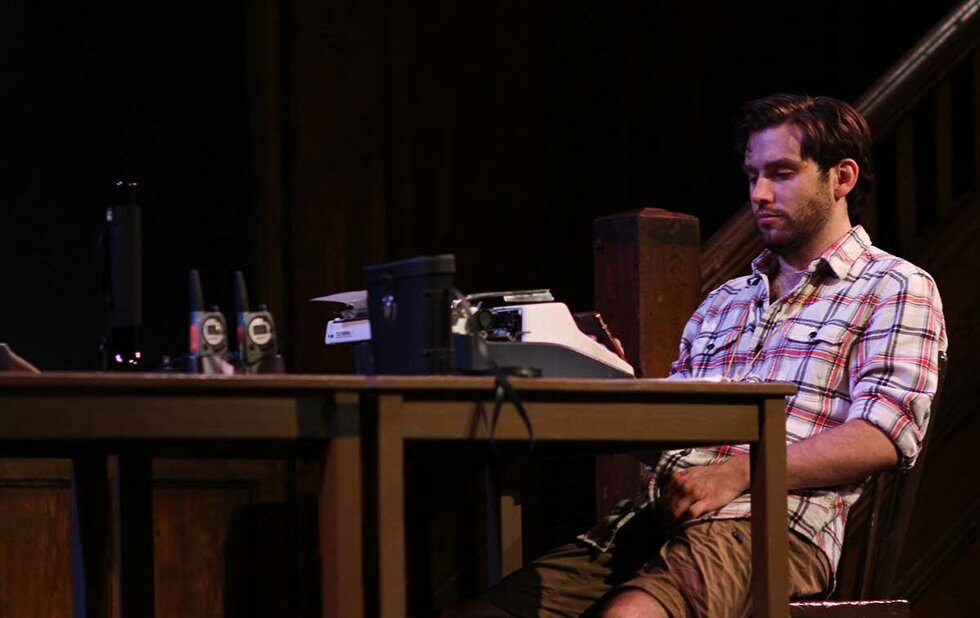 Playwright and director Steven Griffin offers an intriguing premise for this promising dramatic two-hander: a pair of park rangers stationed in isolated watchtowers strike up an unlikely friendship over walkie talkies and through binoculars.

Wyatt (Cameron Smith), a veteran watchman, is joined in the field by Johnathan (Scott Murray), a total newcomer to the profession seeking solitude to write a novel. Wyatts rural mistrust of Johnathans urban sensibilities frames their awkward camaraderie as the pair keep an eye on incoming storms, smoldering campfires and a notorious grizzly bear.

Smith is captivating and endlessly watchable as the folksy-yet-guarded Wyatt, coming off like a young Philip Seymour Hoffman. Griffins concept shows lots of potential, but the plot could use streamlining the tangle of issues that come to a head in the climax could be pared down and introduced more clearly earlier on.

Also, Griffin, along with co-director Meghan Landers, should consider making some space between the two watchtowers (which are placed directly next to each other at center stage as if sharing a wall, even though they are played as very far apart) since the current setup feels crowded.

In need of a few tweaks, Dominion showcases Griffin and Smith as talents to watch.