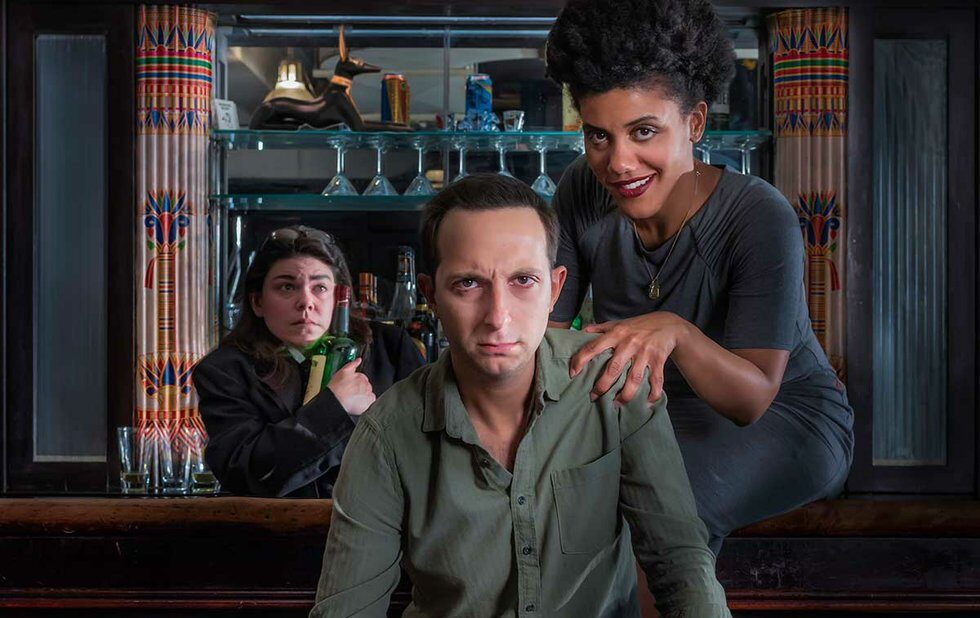 Tom McGees site-specific play Featherweight begins as a hilarious satirical comedy about the afterlife but slowly morphs into a serious, incisive critique of the power of anyone even a god to judge the worth of a human life.

Jeff (Michael Musi) has been killed in an accident. Not realizing hes dead, he finds that his favourite hangout, the Paddock Tavern, has become his place of eternal judgement. It turns out that regardless of a persons religious beliefs, the afterlife is governed as it was in ancient Egypt. The male jackal-headed god Anubis (Amanda Cordner), here taking the form of Jeffs ex-girlfriend, weighs the heart of the deceased against a feather. If the deceaseds conscience is clear, the scales will balance and his soul will live forever. If the deceaseds conscience is not, the heart will outweigh the feather and the monster Ammit will devour his soul.

McGees decision to have Anubis also weigh a flash drive of Jeffs browser history is a twist that takes the play off-subject.

Hugely impressive are the scenes where Anubiss butler Thoth (Kat Letwin, expert as both serious and comic characters) channels the various souls of people with whom Jeff must make peace before he is judged.