NOW MagazineCultureTheatreFringe review: Flooded: A Show and Sail Around the Toronto Islands

Fringe review: Flooded: A Show and Sail Around the Toronto Islands 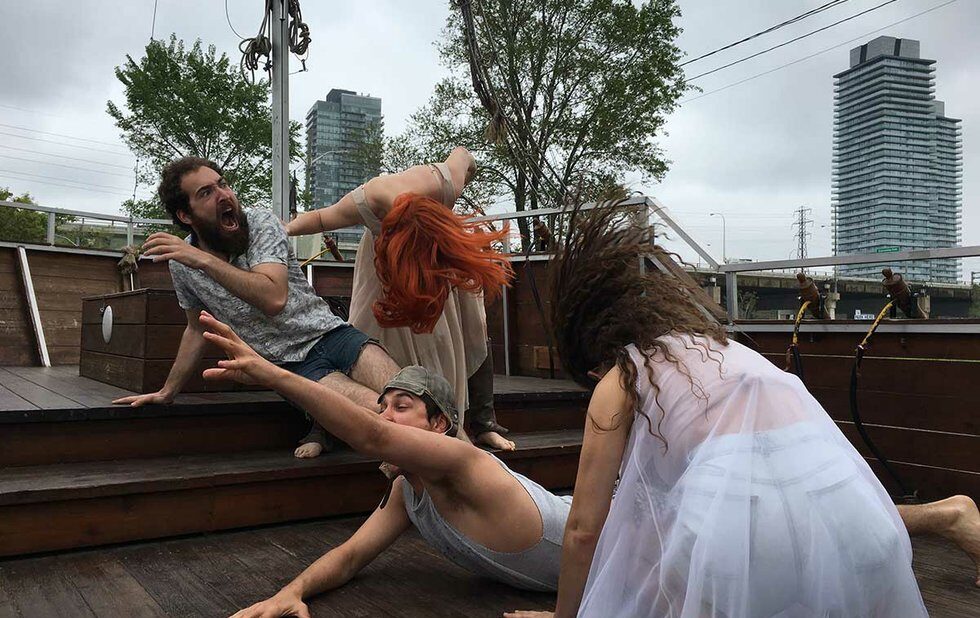 The premise of Flooded – a show that takes place on a boat that cruises around Toronto’s inner harbour for an hour – may sound like a bargain and fun for the whole family. But you’ll want to leave the kids at home for this high lakes adventure, because NorthAmerica’s performance piece is a sensual (and in this heat, sweaty) encounter.

Once the boat had slipped its berth, Ara Glenn-Johanson (the show’s director, filling in for an absent Nicole Wilson on the show I saw) started with a short song. The rest of the show was either performed in (thankfully brief) gibberish, or grunts and exhalations, as the four performers worked through some base impulses on the main deck – impulses like lust, anger and envy.

Some of these physical theatre sequences, such as when a limber Melanie Leon clung five feet up the mast, or then found increasingly intimate ways to cling to a stoic Duncan Rowe, were enthralling others, such as a message in a bottle bit, felt like unfulfilled sketch premises sans verbal dialogue.

But if your attention is drawn to the city skyline rather than the barely clad cast’s antics, that’s alright. As Hayden Finkelshtain told us in the show’s introduction, “This is your sail,” and we the audience could pay heed to only what spoke to us – without words.