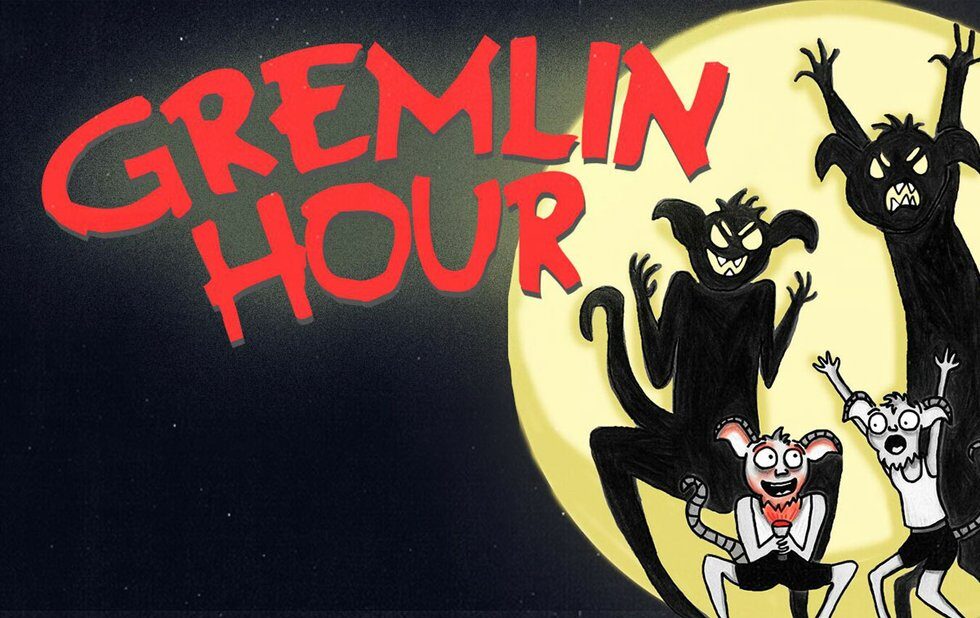 Gremlin Hour opens with a relatable premise: a girl named Hazel (Hana Holubec) doesn’t want to go to school, but the reason why is not often explored in a children’s show. Hazel feels broken and she’s struggling to fit in. Help comes from two gremlins (Bryce Hodgson and Liz Johnston).

The production stretches beyond its serious theme and inspires great big giggles. Playwright Alex Kolanko stocks the script with all sorts of hilarious misunderstandings, secrets, silliness and gross-out humour (additional joke writing is by Chris Leveille).

Director Molison Farmer adds in physical comedy and keeps the action moving at a speedy pace. The cast fully engages the audience, never pandering, and often prompting young viewers to shout out reactions and share ideas.

Oh yeah, there’s also a third (uncredited) and rather cranky gremlin who occasionally chimes in with hilarious retorts that will especially appeal to the adults.