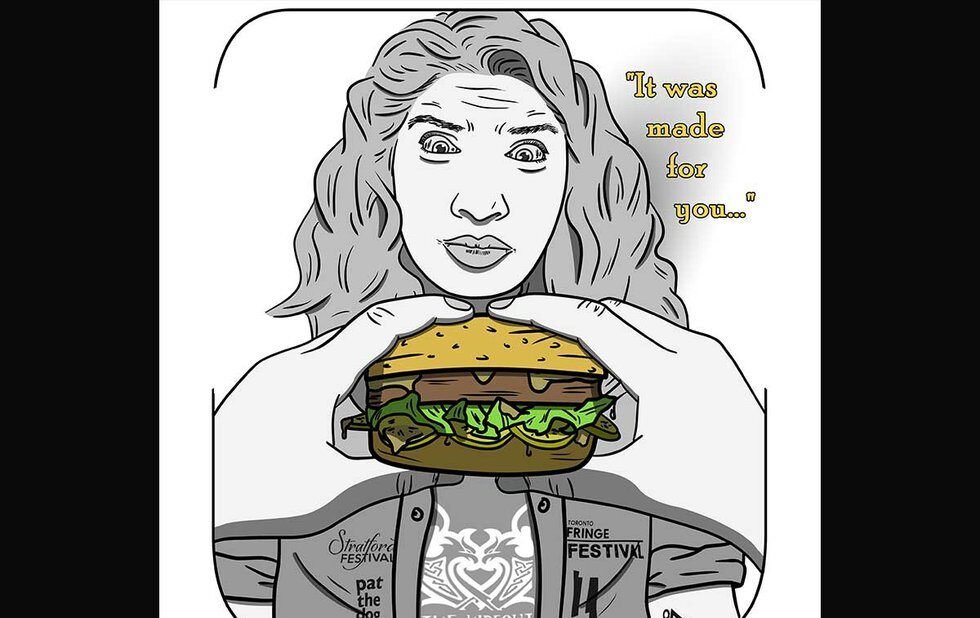 Canadian playwright Ciaran Myers combines sexual politics and juicy burgers in this new comedic two-hander that might have us coming back for seconds.

Lib (Mina James) and Arie (Zach Parsons) are co-workers at a burger joint. Arie is a proud supervisor and carnivore, but vegetarian Lib is struggling she dreams of succeeding academically and building a better career where shes not at the bottom of the food chain. As their relationship develops over time (and over restaurants) it becomes clear that the only way up is through each other, sometimes with disastrous consequences.

This play hooks you immediately. Theres a promising set up in site-specific venue the Hideout (director Sukhpreet Sangha has blocked the whole piece around the bar), funny dialogue and great pacing. Parsons (despite stepping into the role two days before the preview) delivers a strong performance as the sexually inappropriate and awkward Arie.

Midway through, however, the script loses its coherency and the character motivations become unclear, especially for Lib, who fluctuates between sexual innuendo, drunken stumbling and violent revenge in a way that I couldnt quite follow.

Hamburger has all the ingredients for a hit, but might do well with a little more time on the dramaturgical grill.