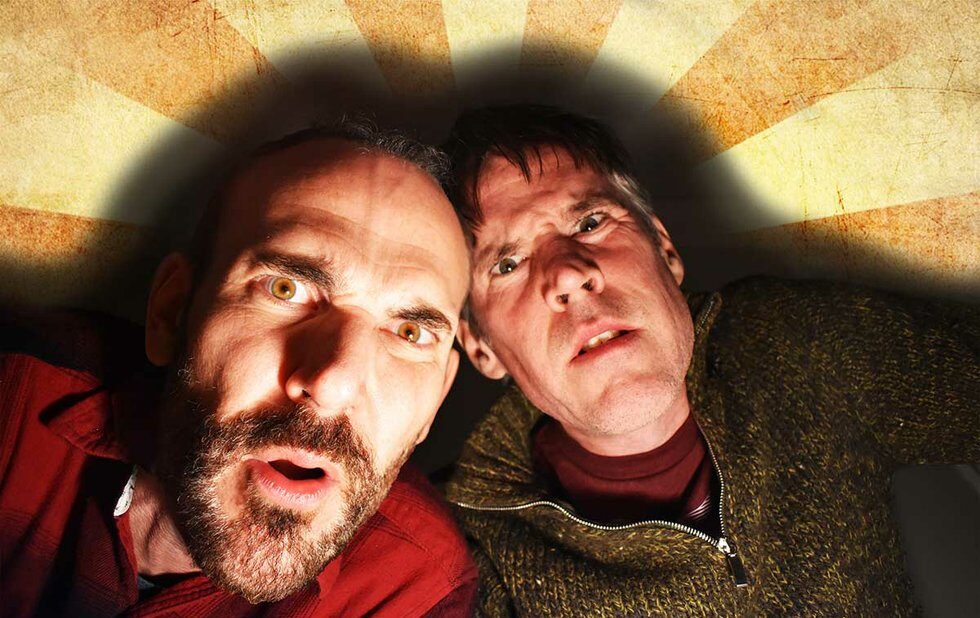 A riveting two-hander that keeps you engaged right from the first burst of rapid-fire dialogue, Inescapable is another winner from Fringe regular Martin Dockery.

Dockery and Jon Paterson play two friends escaping a house party to end up arguing about their relationship, thanks to a mysterious box scavenged from a closet. To reveal anything more would be a spoiler.

Featuring a sparse set (just two chairs and a table) and minimal lighting cues, the show and its meandering conversation might seem like a take on Waiting For Godot. The key conflict soon emerges to give both Dockery and Paterson room to invigorate their characters with an emotional heft that carries the show to its twist ending.

Its the kind of show you will want to see again right away, if only to catch the clues peppered through the first 55 minutes you might have missed.