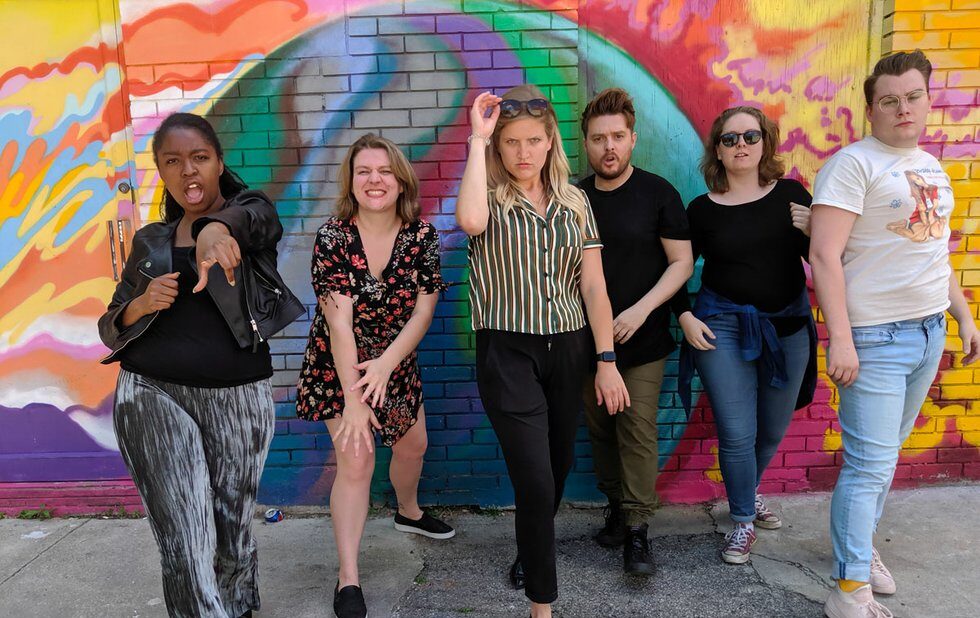 Fifteen years after a Spice Girls-like band breaks up, they regroup for one night only in this frequently hilarious comedy with music.

Writer Emily Richardson, who also plays the troupe’s resident “bad girl,” sends up everything from celebrity flameouts and bitchy handlers to our obsession with “Whatever happened to…?” stories.

The songs, by Ayaka Kinugawa and Richardson, are catchy, with wildly inappropriate lyrics and lively choreography (by Gillian Bartolucci).

Under Ashley Comeau‘s energetic direction, the cast handles both the songs and the melodramatic story with skill, especially Erica Gellert, as a born-again singer who’s deeply closeted, and Richardson, who revels in her character’s cliché redemption arc. Tom Hearn‘s choreographer steals every scene he’s in.

The weakest segments are the entertainment show parody segments, delivered by Marshall Lorenzo with an odd tone that doesn’t quite work.