JUDAS STAR SUPERSONG by the company (Dusty Dora Productions with Moxie Productions and the mcguffin company). At the Church of. 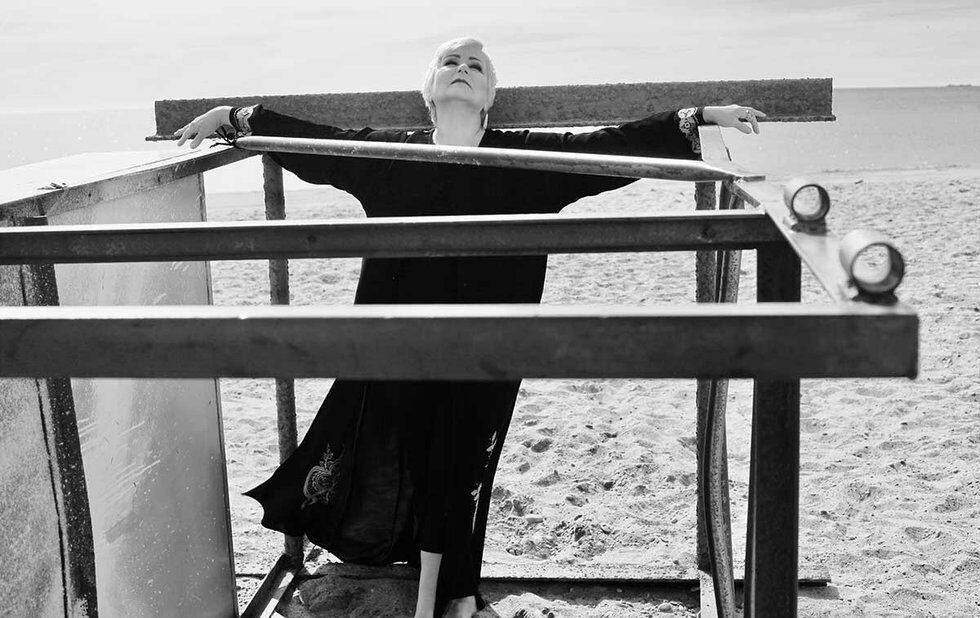 I’m not the biggest fan of Jesus Christ Superstar, but actor Paula Wolfson and director Ed Sahely have made me a convert with this reconceived and reimagined solo version performed in a church.

In just over 40 minutes, Wolfson, ably accompanied by keyboardist/musical director Giustin MacLean and percussionist Pieter Huyer, presents a very personal version of the concept musical that hinges, I think, on the song I Don’t Know How To Love Him, performed here three times to become a powerful, evolving meditation on personal faith.

Stage veteran Wolfson, who’s seen too infrequently on Toronto stages, approaches the show’s other songs with maximum range and drama, bringing out the initial playfulness and then the hatred in King Herod’s Song (during which Sahely places her, appropriately enough, in front of a pulpit) and communicating the gut-wrenching despair in Jesus’s Gethsemane.

Sharon DiGenova‘s sound and lighting design are subtle but effective I forgot what great acoustics the Church of Saint Stephen-in-the-Fields has.

What’s the buzz? Get your tickets now, folks. Wolfson’s performance is divine.