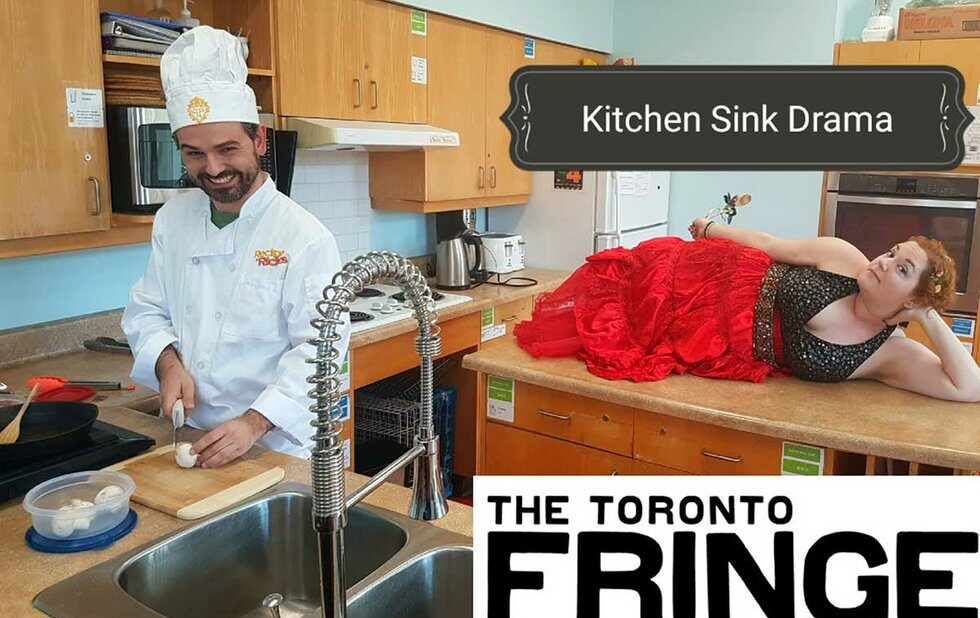 The kitchen is an intrinsically theatrical space where people can transform ingredients into magical tastes and aromas, all while wielding dangerous implements like knives.

So this quartet of short plays about food, performed in the kitchen area of the Ralph Thornton Community Centre in Riverside, has a certain appeal, even though a big chunk of the show was drowned out on the night I went by sounds from a neighbouring street festival.

Not all the playlets, introduced by a charming water (Evan Boutsov), are of the same quality. The first one, about an abused scullery maid (Maggie Cheung) who becomes a pirate, is wildly overwritten and has little to do with food, although Cheung delivers a sly, watchable performance. The second, about a disturbed man (Naseem Reesha) who’s planning a special meal for an ex, rambles on but provides a sharp vehicle for Reesha’s intense, focused performance.

More satisfying are the third and fourth plays. In one, written by Aaliya Alibhai, two fairies (Mladen Obradovic and Kelly Marie McKenna) get involved in the life of a dissatisfied hostess (Andrea Irwin). The script is a whimsical mix of the contemporary and mythical, and the grounded Irwin and the delightful impulsive McKenna have great chemistry.

And in the final piece, by Nina Kaye, actor-to-watch Maggie Cook and Jess Wareing play a couple who argue over a literal trifle in the kitchen of their bed and breakfast.

As in any multi-course meal, not everything will be to your taste. But you’ll definitely come away feeling full.