Fringe review: Lighters In The Air 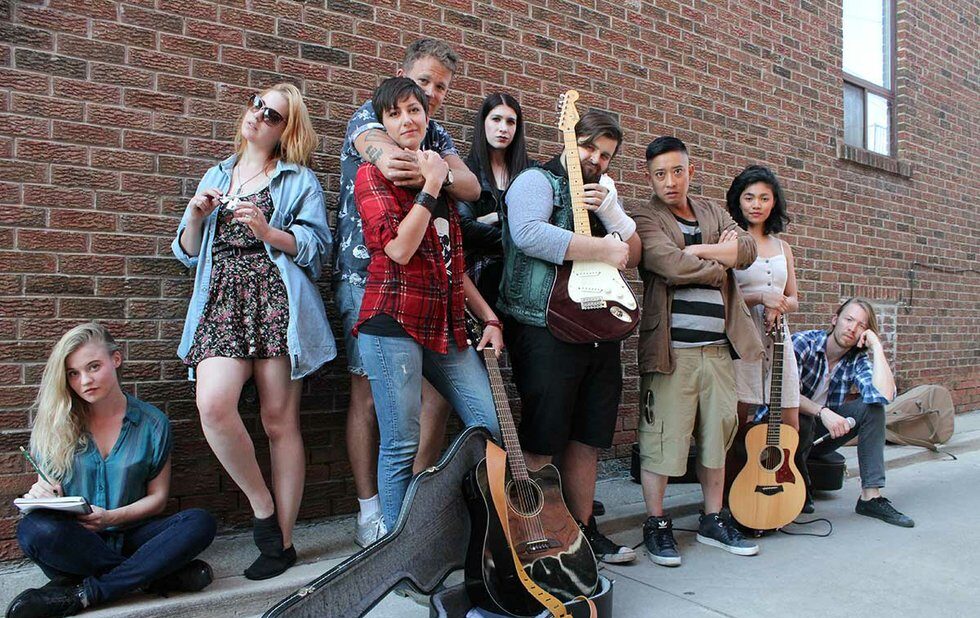 Come for last call at the Empty and watch as the regulars remember being young, when they felt things and stuff mattered. In this site-specific musical comedy by Kris Hagen, the Monarch Tavern transforms into a dive bar where the mic is always open if you are Leo (Hagen), anyway.

Stacy (Anna Douglas) is getting tired of her life as bar owner/tender and her on again off again relationship with philandering Benji (Taylor Whittaker). As she faces gentrification, Benji and Leo reminisce about their relationships and musical careers with the help of a cast of regulars: server Tiff (Raechel Fisher), angsty singer Chris (Amanda Silcoff), singer and muse Claire (Belinda Corpuz) and Bea (Natalia Bushnik).

Each night features a special guest performer, the night I attended featured the comedy of hilarious veterinarian/standup comic Ted Morris.

Nobody reinvents the wheel with this one its a story about aging dudes in a bar, asking What is it all for? But the music is catchy and fits into the story with ease. The jokes flow with the drinks, and the production is slick this isnt anyones first time at the rodeo.

The women might not always pass the Bechdel test, but they are strong characters and props for not once saying they are good “for girl musicians.” They create a world around the audience with the whole bar as their stage.

If comedies involving aging rock musicians playing catchy tunes, nods to Toronto culture and Degrassi Jr. High jokes (pre-TNG and Drake) are your jam, head to the Empty I mean the Monarch and hold your lighters in the air for Hagen and the cast.