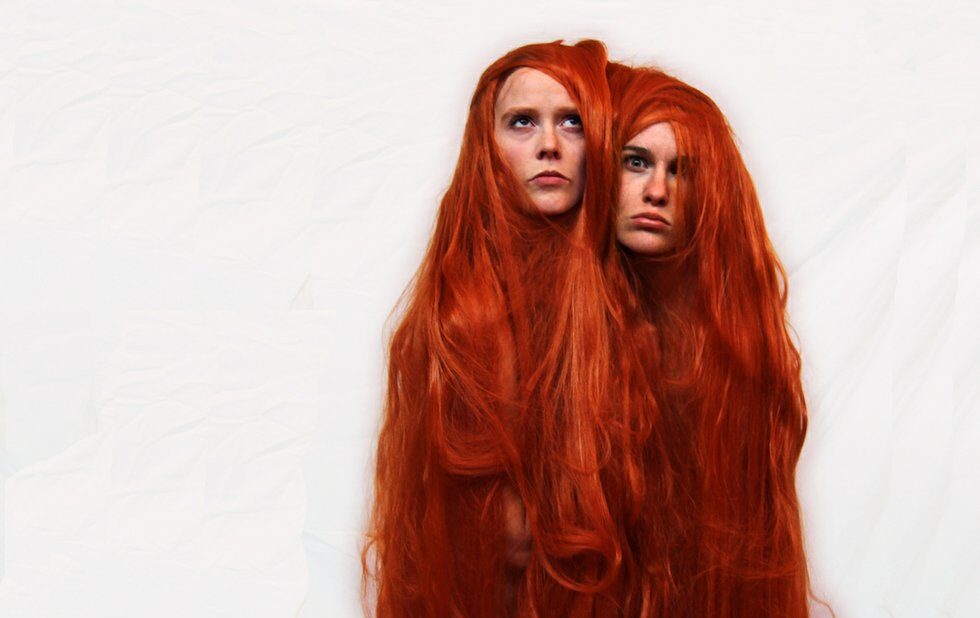 If you’ve been considering buying tickets based on the title alone, do it. Its hard to imagine a more Fringe-appropriate show than Toronto puppeteer Ingrid Hansen and Montreal choreographer Stephanie Morin-Roberts The Merkin Sisters.

What is it about? Sibling rivalry? The nature of art? Gender and body image? Grooming? Yes to all, but mostly its a theatrical delight a freewheeling combination of gross-out comedy, dance, puppets, audience participation and pantomime.

It begins with the duo wandering the aisles like a pair of lost, obsessive compulsive synchronized swimmers dressed in bathing suits and caps. They putter through the audience like Coneheads before moving to the stage to undertake a series of bits that are simultaneously silly and sublime.

Basically, they throw it all at the audience sometimes literally. It works because its not just about queefing, but the moments of quietude as they build up to it. Theres a point where its exciting to see what will materialize onstage when the lights go back up, not just because its guaranteed to be ridiculous but because the wackiness is undercut with minimal but impactful staging.

This comedy not only pokes fun at bodily fluids and functions it respects and celebrates them.