Adaptation of the final chapter in Joyce's Ulysses is an artful, potent portrait of one woman’s meditations on the weakness of men and the power of womankind 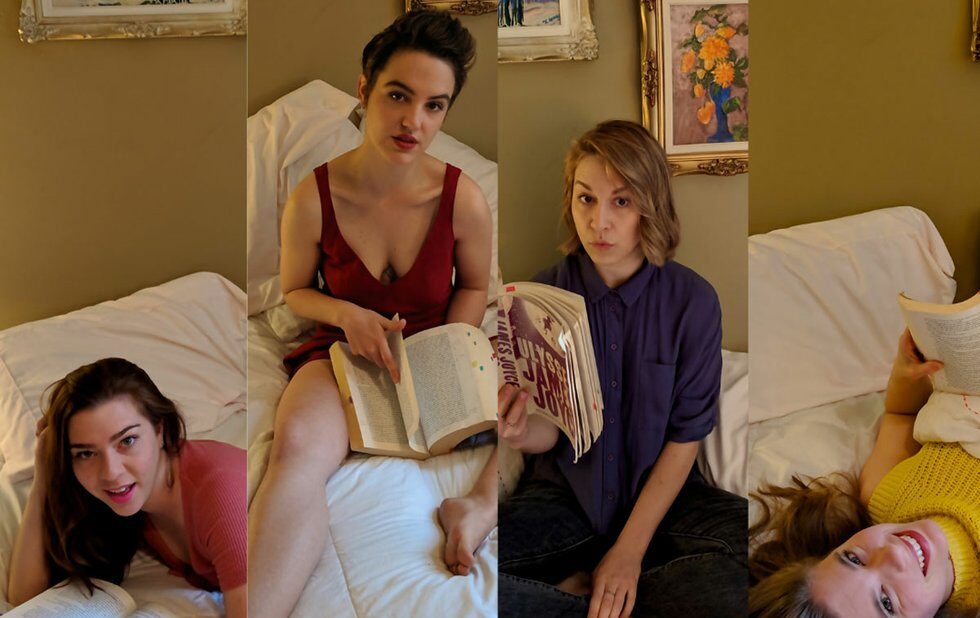 Jocelyn Adema has taken on the seemingly impossible task of adapting the final chapter of James Joyce’s revolutionary 1918 novel Ulysses for the stage. That chapter in stream-of-conscious style follows the thoughts of Molly Bloom as she lies next to her husband Leopold and tries to sleep.

Adema’s approach is to present Joyce’s richly allusive prose as a choral poem. Jenna-Lee Hyde, Lena Maripuu, Reanne Spitzer and Annie Tuma form the outstanding ensemble under Adema’s tightly choreographed direction. Mostly they speak as individuals but sometimes they speak in unison, especially when Molly’s key word “Yes” regularly surfaces, representing her assent to all that life has given her.

Adema might have chosen to divide Molly’s words among three performers to suggest Molly’s thoughts about her childhood, adolescent and present life, since Joyce has these thoughts mingle and play off each other. Instead, Adema’s four performers enact the text simply as the differing voices echoing within a single person’s mind. Adema artfully extends words into movement as the four performers separate and regroup just as Molly’s thoughts do.

Those who know Ulysses best will get the most out of what Adema has done with the text. But Adema’s staging should help even those who don’t know the novel to recognize in Molly’s sexually frank thoughts a potent portrait of one woman’s meditations on the weakness of men and the power of womankind.